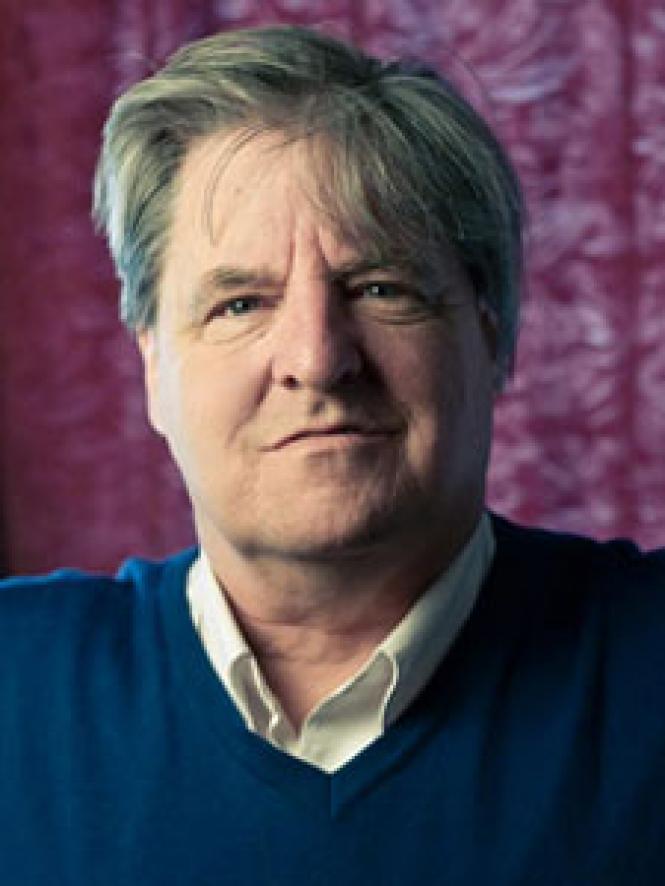 Describing Kevin Killian's novel "Spreadeagle" as long-awaited isn't, for once, a cliche. He started writing it in 1990, and even when he thought he'd finished the book, he found it facing a long and beleaguered road to publication. There was the demise of at least two houses that had planned to bring it out, and the delay caused his own need to rewrite and rewrite some more - keeping the end up-to-date, and deleting the early chapters as they went out of date.

But "Spreadeagle" has finally arrived. The independent online Publication Studio offers a hardbound, print-on-demand copy for $16, and a PDF e-book for $10. The surprisingly but pleasingly long opus - it's 600 pages! - had hardly fallen into our hands when it was recognized with a Lambda Book Award nomination for Gay Fiction (winners will be announced at a June 4 ceremony in New York). Killian will read from it in a program of locally nominated authors that includes Judy Grahn (nominated for her memoir A Simple Revolution ) at the Main Library on May 2 at 5:30 p.m.

Among the group who spearheaded the New Narrative school of writing - Dennis Cooper, Robert Gluck, Steve Abbott and Bruce Boone - Killian's always been the crowd-pleaser. His sassy, satiric, and frequently nastily sexy books include "I Cry Like a Baby," "Shy," and "Bedrooms Have Windows." His novel "Impossible Princess" won the 2010 Lambda Literary Award for best gay men's erotica. He's written poetry and bundles of plays, and is highly regarded for more scholastic efforts: he won the American Book Award for Poetry in 2009 as co-editor of the collected poetry of Jack Spicer, and in "The Wild Creatures," he collected, edited and perhaps saved from oblivion the work of Sam D'Allesandro, whose budding career was cut short at 31 by AIDS, and who appears, alive but not particularly well, as a character in "Spreadeagle."

Kevin told me more than I can share here during a fun coffee hour. So I won't be telling how, as he says, "In the sentence of life, my heart attack was a big punctuation," nor will I be telling the story behind the 2,500 reviews he's posted at Amazon (the company has put him in their Reviewer's Hall of Fame). And I won't quote him expounding on the exact nature of New Narrative. I will, however, reveal his answer to one pressing question I had for him. What do the ashes of the dead taste like?

At a memorial service for Sam D'Allesandro, Kevin spontaneously asked for some of the ashes that were going to be scattered, and before a startled assemblage, popped them in his mouth - an act he repeated much later, with the ashes of his friend, the author Kathy Acker. "They have different tastes," he confided. "They kind of dissolve in your mouth." And why? "I wanted to have their spirits moving inside me."

Getting back to "Spreadeagle." Soon as we sat down, he spoke about the impetus to his writing. "I wanted a politics that would enrage people so they would go do something, act upon it. I do want to shock and alarm people, to wake them up. And I want to thrill them with the holy and the divine."

"Spreadeagle" is really two novels in one. In 1990, Killian first wrote what is now the second half of the book. It was those dark days when everyone was writing AIDS books. Killian didn't think his was very good, and is relieved that the passage of time allowed him to scrap most of it. Part One, written more recently, presents a tumult of San Francisco characters, and skewers their foibles and sex lives - there are uncountable couplings.

"It's high, middle, and low society, and it's all riddled, positively plagued with sex. Part One is scattered, with characters skittering across the social scene. Part Two is focused - there's a main character, a narrator, who's the town's sole gay person, and a plot. I love plot! So the book is all madcap, and then grim. And then these two disparate halves coalesce."

I galloped through "Spreadeagle" because it's Killian at his most quirky, idiosyncratic, entertaining, and yes, meaningful best.