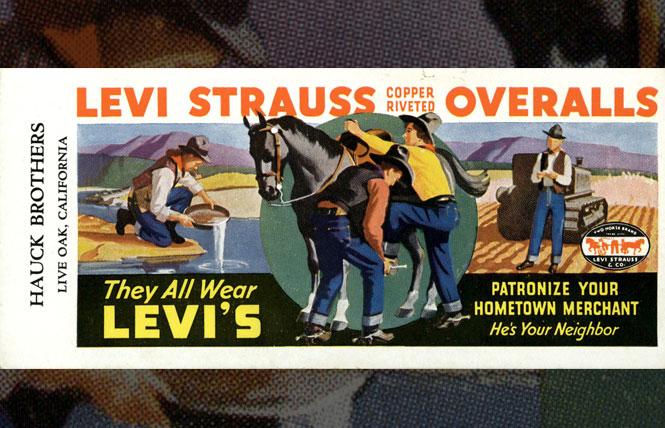 "Levi Strauss: A History of American Style," a new exhibition at the Contemporary Jewish Museum, has a promising backstory. The saga, we're told, started in 1873, towards the end of the Gold Rush, when Levi Strauss & Co., which bore the name of its owner, a San Francisco merchant and Jewish immigrant, patented riveted pants. The innovation marked the planet's first blue jean. That momentous event led to a phenomenon that began as durable clothing for miners, 49ers and blue-collar workers, and became the uniform of youth and the fashion elite worldwide. It also swelled the coffers of a family whose philanthropic contributions were important to the development of the city. 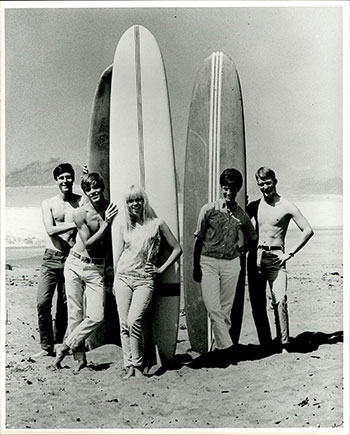 The most interesting part of a show is at the gallery's entrance, where a pair of text panels lay out dual, interconnected narratives: Levi (Lob)'s family background and the history of anti-Semitism in Buttenheim, an enclave in Germany's Franconian region where, by the early 19th century, almost all of Bavaria's Jews lived; and the Strauss family's emigration to New York, Levi's subsequent journey West, and the evolution of his apparel business, from its manual labor origins to producing the must-have item in everyone's wardrobe. A great leveler that enhanced the mythology of the American West in its wake, Levi's wearers have included Beyonce; Georgia O'Keeffe, who evidently never revved her motorcycle without her Levi's; Lauren Bacall, whose outdated, embroidered jean suit is here; a prisoner who spent his sentence inking the entire surface of his white jeans; and Albert Einstein, with whom I now know I share at least one thing. It may come as a surprise to learn that, like the chocolatier who never eats candy, the only person who never wore Levi's was Levi himself. Perhaps he knew something we don't.

Neither a full-fledged history nor costume exhibition, the show fails to adequately deliver in either category, and is less than the sum of its parts. A chaotic installation doesn't help. What must have sounded like a snappy marketing hook and feels like a potential, Smithsonian-style exhibition screaming to get out if only it had the heft, is a showcase of corporate ephemera with plenty of padding. For filler, you can't top the baby blue AMC Gremlin automobile with a denim-upholstered interior, parked in the main gallery. Yes, really.

There's a generous helping of this and that — some this more interesting than that: archival photographs, a vintage Singer sewing machine, assorted garments, Andy Warhol's psychedelic silkscreens for a 1984 Levi 501 jeans campaign, and various print ads and posters, like one promoting Bruce Springsteen's "Born in the U.S.A." tour, and another from "Giant" graced with the image of James Dean, who wrote the book on 50s cool. A makeshift theater, where visitors can watch a loop of film clips featuring "Brokeback Mountain" and an outlaw Marlon Brando in "The Wild One," takes up space and doesn't add to what most of us already know: movie stars rock in blue jeans. Brad Pitt, in his auspicious "Thelma and Louise" debut, might have been among them, but maybe I just willed him there for psychic relief.

Save your money, skip the show and buy yourself a new pair of jeans.