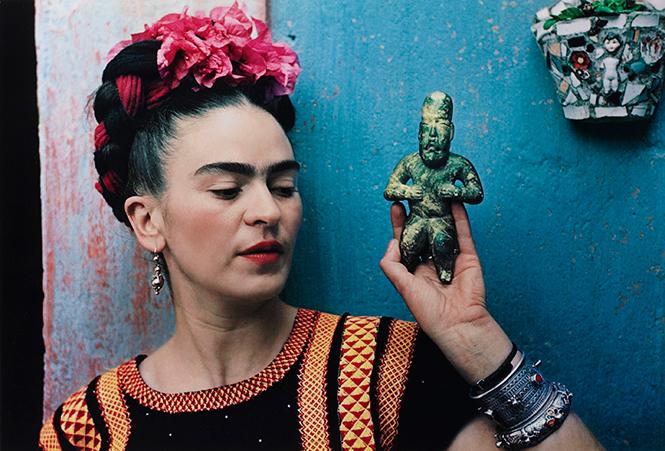 Tilda Swinton is coming. Well, not exactly in the flesh, but the gifted chameleon will arrive Feb. 7 at McEvoy Foundation for the Arts in the form of "Orlando," a gallery show the actress curated that riffs on the themes of Virginia Woolf's 1928 giddy romp of a novel of the same name. (Through May 2.) Swinton portrayed the book's main character, an Elizabethan nobleman endowed with eternal youth who moves through several centuries of misogynistic British history, switching genders at will, in Sally Potter's memorable 1992 film adaptation. You can catch it at the Roxie, Feb. 25. The other big news of a year packed with a surfeit of retrospective exhibitions is the transformed Asian Art Museum, whose grand opening is slated for May. Its new multi-million-dollar incarnation boasts an 8,500 sq. ft. pavilion, a 7,500 sq. ft. art terrace and refurbished galleries. 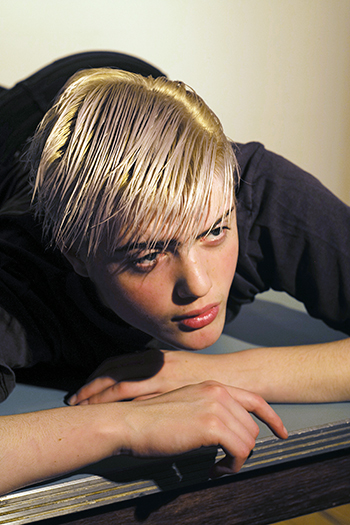 Legion of Honor: "Last Supper in Pompeii: From the Table to the Grave" As residents of the ill-fated city fled the eruption of Mount Vesuvius in AD 79, they were caught in frantic flight, their remains preserved for posterity in ash on what is now an archaeological site. No one who visited there will forget the horror reflected in their frozen, contorted postures, petrified at the moment they met their deaths. Focusing on their worldly pleasure in food and wine, the show includes an assortment of objects, Roman sculpture, mosaics, frescoes and household goods. (April 18-Aug. 30)

de Young Museum: "Frida Kahlo: Appearances Can Be Deceiving" 90 years after she first visited San Francisco with her husband Diego Rivera, Kahlo returns in the context of an exhibition consisting of personal items, photographs, jewelry and hand-painted corsets bearing memories of pain, along with a selection of paintings and drawings. The show lends insight into how gender, politics, physical trauma and sexual identity shaped her creativity (March 21-July 26); "Judy Chicago: A Retrospective" A pioneering, boundary-breaking artist and driving force behind the1970s feminist art movement, Chicago gets her first retrospective. Featuring over 150 paintings, performance-art-based works and prints, the exhibition surveys her career from early involvement with the 1960s California Light and Space Movement to current work that addresses mortality and the ravaged environment. (May 9-Sept. 6)

Contemporary Jewish Museum: "Levi Strauss: A History of American Style," drawn from the archives of the homegrown Levi Strauss & Co., tells us everything we ever wanted to know about the blue jean, which has become the uniform adopted by youth culture worldwide. Starting with its birth and the life of the company's founder, it charts its trajectory from clothing of choice for blue-collar laborers to the runway. Among the treats: a suit that once belonged to Lauren Bacall, and a jacket worn by none other than Albert Einstein. I always knew we had something in common. (Feb. 13-Aug. 23); "Leonard Cohen: A Crack in Everything" has the distinction of being the first show exclusively dedicated to the legacy of the late great Canadian singer-songwriter. (Sept. 17-Jan. 24)

SFMOMA: "Dawoud Bey: An American Project" is a well-deserved, comprehensive retrospective of this remarkable photographer's career. An empathetic portraitist, capturing his black subjects out on the street and in his studio, Bey has consistently trained his eye on marginalized communities and underrepresented histories largely ignored by the art world. (Feb. 15-May 25); "David Park: A Retrospective." In his late 30s, Park rejected Abstract Expressionism and embraced figuration, a fateful decision that sparked the development of Bay Area Figurative Art. Those splendid 1950s canvases with which he's most identified, that were executed at the height of his powers, constitute the core of a SFMOMA-organized show exploring the full arc of his career (April 11-Sept. 7); "Diego Rivera's America" offers an in-depth, critical examination of one of the most socio-politically conscious, ambitious artists of the last century, with an emphasis on the relationship between his murals and studio work, from the 1920s through the 40s. (Oct. 24-Jan. 31)

BAMPFA: "Ron Nagle: Handsome Drifter" Known for his unique, miniature sculptures, Nagle is a devilishly original customer. Characterized by mischievous humor and alluding to Modernism, Surrealism, Pop Art, Philip Guston, the Japanese tea ceremony and Krazy Kat, his luminously colorful, sometimes funky sculptural objects, which begin life as doodles, punch above their weight. Nagle opines that he's "just as moved by seeing a 1934 DeSoto Airflow or listening to the Kinks" as he is by "most things in a museum." (Jan 15- June 14); "Rosie Lee Tompkins: A Retrospective" shows off the output of the celebrated, exceptionally inventive quiltmaker in her largest exhibition to date. Nee Effie Mae Howard in Arkansas, the deeply religious Tompkins, who would later incorporate embroidery and patches of faux fur, velvet and glittery materials into her compositions, learned the craft at her mother's knee, but didn't begin her distinctive practice in earnest until she moved to the Bay Area in the 1980s. (Feb. 19-July 19)