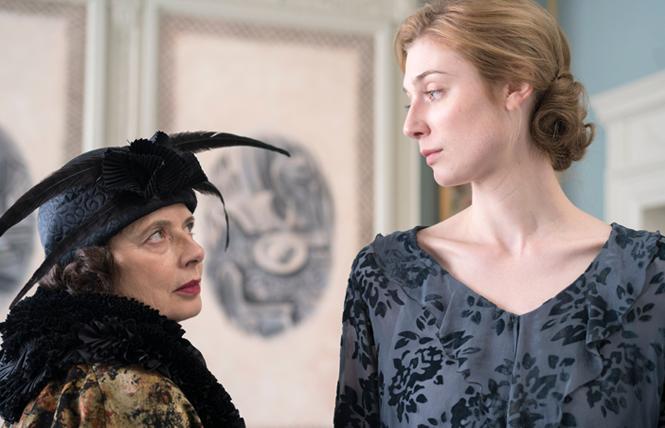 Portraits of LGBTQ+ artists shine at Frameline this year, starting with the sparkling festival opener "Vita & Virginia," which brings erotic life and poetic license to the decade-long, lesbian love affair between two literary lights of the 20th century. The relationship between the androgynous, feminist socialite Vita Sackville-West (Gemma Arterton) and the introspective, bohemian Virginia Woolf, who was prone to depression and later committed suicide, is an essay in the folly and joy of opposites attracting. Initially tentative, Woolf (played by the fabulous, willowy Australian actress Elizabeth Debicki) was electrified sexually and creatively by the glamorous, uninhibited and ultimately elusive Sackville-West, who was the inspiration for the gender-bending time traveler of Woolf's 1928 novel "Orlando." (If you haven't seen Sally Potter's 1992 feminist film adaptation of the same name with Tilda Swinton switching genders with alacrity, track it down post-haste.). Based on a 1993 stage play by Eileen Atkins and letters the lovers wrote to one another, director Chanya Button's film combines the aesthetic pleasures of an elegantly-appointed costume drama with high-toned literary biography and forbidden lust. Isabella Rossellini, chewing the scenery as Vita's snarky, aristocratic mother, nearly steals the show. 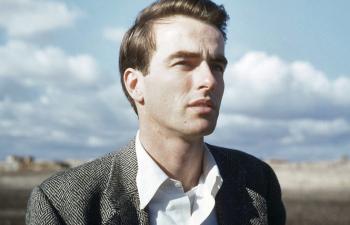 Montgomery Clift, whose aching vulnerability and wounded beauty melted the heart of a young Liz Taylor and millions of fans in "A Place in the Sun," has long been an object of speculation. Marked by substance abuse, closeted homosexuality and a near-fatal car accident that disfigured his sensitive, exquisitely expressive face, the life of the handsome, brooding actor, cut short at the age of 45, was once called "the longest suicide in Hollywood history." Of course, the real story is more complicated. "Making Montgomery Clift," an intimate documentary co-directed by his nephew Robert Anderson Clift and Hillary Demmon, attempts to set the record straight and add nuance to mistaken, preconceived notions of the man they knew. Through interviews with family and confidants, rare archival footage, and audio recordings shared by Clift's brother, the film goes beyond the myth crafted by publicists and standard Hollywood biographies to explore who Monty actually was, and his commitment to his craft, an artistic legacy that includes "Suddenly Last Summer," "From Here to Eternity" and "Red River," where he looked pretty spiffy in cowboy hat and spurs. 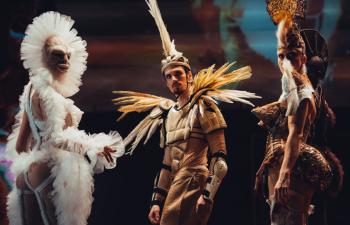 Catapulted from the obscurity of a lonely childhood in a drab Paris suburb to the glare and excess of runway spectaculars, the openly gay, enfant terrible couturier Jean Paul Gaultier has had a wild ride. An homage to his life and work, "Jean Paul Gaultier: Freak and Chic," directed by Yann L'Henoret, offers a backstage tour of "Fashion Freak Show," Gaultier's choreographed, extravagantly costumed musical revue, which doubles as a retrospective of his career's greatest hits. Known for his outrageous, hyper-sexualized fashions and celebration of androgyny, Gaultier plays genial host to L'Henoret, who follows the production, from inception to its glittery opening night at the Folies Bergere. Along the way, he reflects on his humble beginnings, his grandmother's corsets and other sources of inspiration, as well as the death of his longtime partner from HIV. Superstars Madonna, Catherine Deneuve and muse Rossy de Palma drop by and join the party.

A trip down the yellow brick road for real, Stephen Kijak's "Sid & Judy" chronicles the tragically short life, astounding gifts and tenacious demons of gay icon Judy Garland, who died 50 years ago this month. The documentary weaves together the entertainer's own words; recollections from her husband, producer and closest adviser Sid Luft, based on his 2017 memoir "Judy & I"; concert footage; and a rare duet she performed with Barbara Streisand. The third and longest-lasting of her five husbands, Luft certainly passed the endurance test. He's credited with resurrecting her singing career, helping salvage her movie stardom, and facilitating the final phase of her comeback, after she was unceremoniously kicked off the MGM lot — evidently, her addiction to amphetamines and erratic behavior didn't endear her to studio execs or directors. He also produced the Oscar-nominated 1954 version of "A Star Is Born," where she belted out a heartfelt rendition of "The Man that Got Away." Nobody did it better.

The subversive political artist, painter, writer, photographer, filmmaker, AIDS activist and former teenage hustler David Wojnarowicz was a prominent figure in the East Village art scene of the 1980s, and a lightning rod who incensed fundamentalists. He's also the intriguing subject of Marion Scemama's experimental documentary essay "Self-Portrait in 23 Rounds, A Chapter in David Wojnarowicz's Life 1989-1991." Her moving portrait revolves around a five-hour 1989 interview with the restlessly creative artist conducted by theorist Sylvère Lotringer. His close friend and collaborator, Scemama integrates examples of Wojnarowicz's provocative, sexually explicit work and volatile performance art with his ruminations on his artistic process, AIDS and confronting his looming mortality at a time when society was denying the epidemic existed. He would be gone three years later.

OutFest 2020: Films online bring diversity to your screen
Sign up!