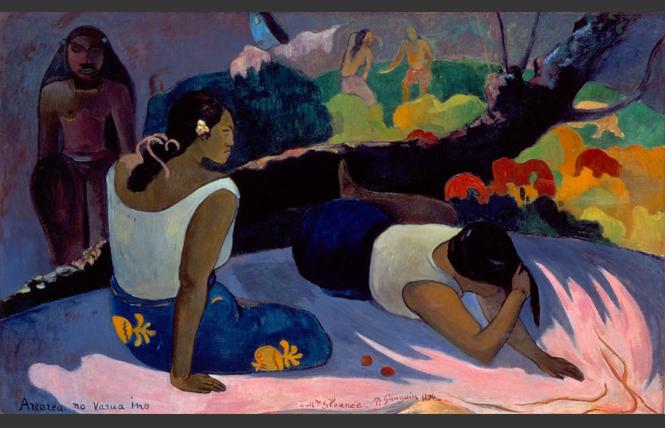 Fall arrives with a bounty of museum exhibitions. From Muslim and Jewish fashions and Warhol's forays into photography to the delightfully idiosyncratic Duane Michals and the avuncular Wayne Thiebaud, there's plenty to appeal to eclectic tastes and keep audiences busy until Christmas. Take a look.

Legion of Honor: "East Meets West: Jewels of the Maharajas" Feeling bling-deprived? Relief awaits in the form of 150 dazzling precious objects - diamonds, rubies, emeralds, jade daggers, turban ornaments - from the collection amassed by His Highness Sheikh Hamad bin Abdulla Al Thani. Some of his glittery holdings, descended from the reign of 17th-century Mughals, reflect Persian or Muslim aesthetics, while pieces from the 19th century bear a European stamp courtesy of the British Raj. (Nov. 3-Feb. 24) legionofhonor.famsf.org

Cantor Arts Center: "Contact Warhol: Photography Without End" draws on a cache of 130,000 photographic exposures and a collection of 3,600 contact sheets that represent the entire range of Warhol's black & white photography, from 1976 until his sudden death in 1987. The show, which also documents Warhol's fascination with gay culture of the 1970s & 80s with his pictures of drag queens, Fire Island bashes and sexually explicit subject matter, traces the development of his photography from images on a contact sheet to the fully realized silkscreen paintings of pop culture celebrities that made him famous. (Sept. 29-Jan. 6) museum.stanford.edu

de Young Museum: "Contemporary Muslim Fashions," an original, in-house, sure-to-be-controversial exhibition, showcases the work of over 80 mostly Muslim emerging and veteran designers who create so-called modest fashions that accommodate the regional and religious sensitivities of their clients. Westerners, who associate Muslim dress solely with black burkas, headscarves and shapeless clothing, may be surprised at the inventive, glamorous ways Muslim women (and the industry that serves them) skirt condemnation and express themselves through high-end couture and chic sportswear. (Sept. 22-Jan. 6); "Steve Kahn: The Hollywood Suites" focuses on a project the late LA-born, Berkeley-based photographer commenced in 1974, when he rented rooms in a Melrose Avenue motel where he shot professional bondage models. He soon trained his eye on the dilapidated setting - the suites of the title being a euphemistic term - and the project morphed into a complex, conceptual series examining the dimensions of psychological bondage and confinement. (Sept. 29-March 31); "Gauguin: A Spiritual Journey" is on track to be the show of the season. Through paintings, wood carvings, drawings and ceramics, it explores two central themes of Paul Gauguin's career, part of it famously spent in the South Seas: the relationships that shaped him both professionally and personally, and his quest for spirituality. (Nov. 17-April 7) deyoung.famsf.org.

OMCA: You may never feel the same about the sleek lines and luxuriant feel of a classic Eames chair - and if you're lucky, what it's like to put your feet up on a matching ottoman - after visiting "The World of Charles and Ray Eames," an exhibition that concentrates on the legacy of the husband-and-wife team who became the most influential designers of the 20th century. "Anything I can do, Ray can do better," Charles once said of Ray, an acknowledgment that two great innovative minds are better than one. (Oct. 13-Feb. 17) museumca.org 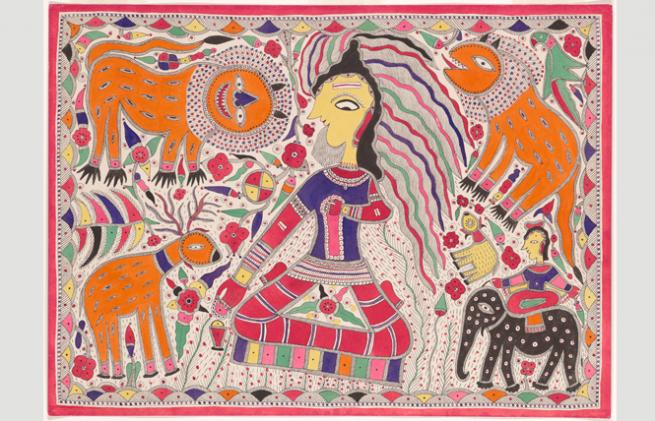 From "Painting Is My Everything: Art from India's Mithila Region," coming to the Asian Art Museum. Photo: Courtesy AAM

Asian Art Museum: "Painting Is My Everything: Art from India's Mithila Region" features 30 large-scale modern paintings on paper from Bihar, a provincial state in the northeast of the country. The exhibition delves into the evolution of the once-private, time-honored tradition of women decorating their homes inside family compounds into a burgeoning arts movement. (Sept. 7-Dec. 30); Multimedia artist Haroon Mirza's site-specific installation "The Night Journey," which opens concurrently, translates an historic 19th-century Islamic painting of the Prophet Muhammad into light and sound. (Sept. 7-Dec. 9) asianart.org

MoAD: "Second Look, Twice" brings together 15 artists of African descent who have experimented with the tactile, old-world art-form of Goya and Rembrandt, and created abstract prints both different from and similar to work in their primary mediums. Kara Walker, Martin Puryear, Glenn Ligon and Mickalene Thomas are among the participating artists. (Sept. 19-Dec. 16) moadsf.org

GLBT History Museum: "The Briggs Initiative: A Scary Proposition" marks the 40th anniversary of the 1978 battle that successfully defeated Proposition Six. The homophobic statewide initiative would have banned lesbian and gay people and their supporters from teaching in public schools (Sept. 14-Jan. 20); "A Picture is a Word: The Posters of Rex Ray" exhibits graphics, from the early 1990s onward, by the well-known city artist, many created to promote Bill Graham's rock concerts. (Oct. 12-Feb. 3) Glbthistory.org

Contemporary Jewish Museum: "Veiled Meanings: Fashioning Jewish Dress, from the Collection of The Israel Museum, Jerusalem," a touring show of over 100 articles of clothing and textiles, expresses the varied aspects of Jewish culture and identity through garments from more than 20 countries. (Aug. 30-Jan. 6) thecjm.org 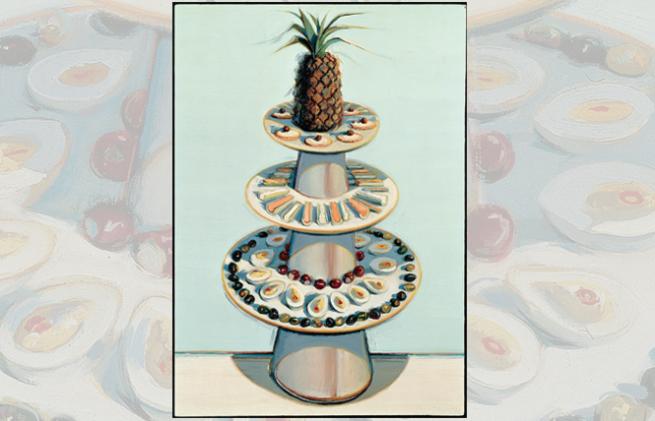 SFMOMA: Covering 50 years of output, "Wayne Thiebaud Paintings and Drawings" assembles works by the beloved Northern California-based artist, a man who made cakes, pies, candy machines the subject of mouth-watering fine art. (Sept. 29-April 28); For the companion exhibit "Artist's Choice," Thiebaud chose paintings by old friends, European modernists such as Miro and Matisse, as well as works by American and California artists from the museum's collection. (Sept. 29-March 10); Bookended by a pair of major historical events, the uprising at Tiananmen Square in 1989 and the 2008 Beijing Olympics, "Art and China after 1989: Theater of the World," an exhibition of Chinese contemporary art, looks at the radical transformations that impacted two generations of conceptualist, performance and political artists. (Nov. 10-Feb. 24); Brassai, who looked more like the town butcher than the master photographer who captured Parisian life during the day and after dark between the two World Wars, is the focus of a survey that bears his name. It includes images of lovers, ladies of the night, laborers, lively cafes and dance halls, and leaders of the avant-garde, Picasso, Dali and Matisse. (Nov. 17-Feb. 18) sfmoma.org