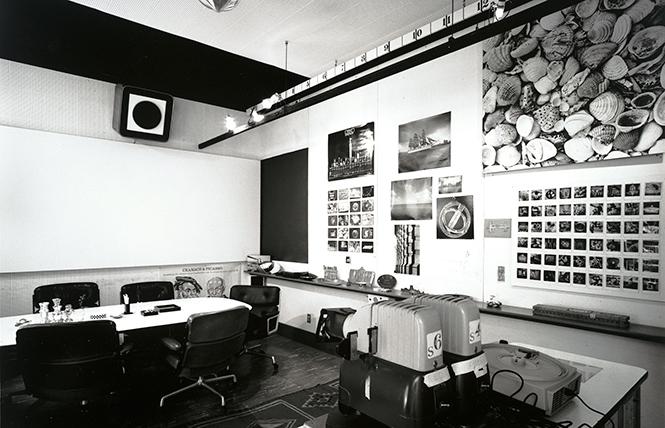 In their way, Californians are just as chauvinistic as New Yorkers. But where our East Coast brethren may consider their city the center of the universe, we sun-kissed folks believe that most of the great new ideas, innovations and trends - some admittedly better than others - are generated and nurtured in our free-thinking, unconventional state, then emanate outward to the rest of the world, which has to catch up or catch on.

This received truth, which has made California a magnet for brilliant people in the field, is illustrated and borne out to some degree in the series of small displays that comprise "Designed in California," a new exhibition at SFMOMA. Its focus is the "collaborative, human-centered, technology-driven" design landscape that has blossomed since the advent of digital revolution and the departure from Modernism's idealistic "good design for all" ethos of the 1960s and 70s. In its investigation of how ideas have been translated into design concepts, and the cross-pollination between what people need and yearn for and the visionaries who imagine and create products or environments that fulfill those needs and desires, the show offers more to think about than to see. It doesn't go much beyond the interesting categories it lays out, or terribly deep in terms of analysis, and in some instances, it's a little short on explanation.

It won't come as news to anyone who lives in the Bay Area and in close proximity to Silicon Valley that California designers work with a heightened social, political and environmental awareness more acute than in other parts of the country. One section includes remarkable inventions like D-Rev's Re-Motion Knee prosthetics; a star-shaped rubber "Pouff" courtesy of the miracle of 3-D printing and recycled tires; and the affordable laptop and lightweight Foldscope microscope, which have been a boon to economically disadvantage students. A miniature paper model of a Herman Miller Furniture System (1987) under glass is pretty neat, as are Lisa Krohn's futuristic "Cyberdesk" (1983), a necklace of glass and metal disks connected to a headset and eyepiece; and "The Odin," Josiah Zayner's ominously named, genetic engineering home-laboratory kit. Let's not forget the 3-D Robotics drone cruising overhead in a neighborhood near you. 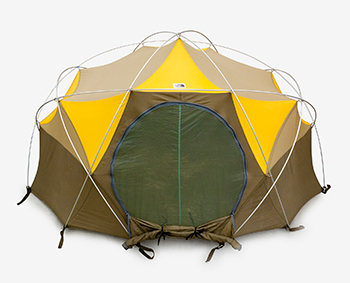 In California, technology has played an especially crucial role in design innovation. Early prototypes of Apple's mouse and off-the-shelf components - two small silver balls, a light switch and a thingamajig that bears a striking resemblance to a remote garage door-opener - and an antique Macintosh personal computer (1984) on view here are dinosaurs by today's ultra-sleek standards. But they're reminders of just how rapidly tech design and our expectations of its pleasures and convenience have evolved, even as it has grown ever more intrusive. In this context, one would've thought there would be greater attention paid to Steve Jobs, who was a certified genius at anticipating and shaping design needs of users, but in a strange omission, he's barely alluded to.

Speaking of visionaries, there's Charles and Ray Eames, the husband-and-wife industrial and furniture design team who founded an unorthodox architecture/design studio in Los Angeles in the 1940s. "Anything I can do, Ray can do better," Charles once said of his wife and partner, which puts him on the A-list in my book. Among their invaluable contributions to Western Civilization: their classic lounge chair and the coveted black leather and chrome executive chairs of "Mad Men" vintage. The latter are shown off in a mock-up of their office conference room, along with Mexican art and eclectic objects they collected like a Guy Fawkes mask and a Picasso/Cranach poster. "View from the People Wall (1966), a 22-screen multimedia projection with still images, film footage and narration, originally created for the New York World's Fair, and similar to the then cutting-edge presentations for which they were known, runs in a loop.

The Eames' furnishings are a welcome respite from those designed by the back-to-the-earth crowd, who harvested found materials to construct wooden chairs that are more conducive to afterschool punishment than comfortable seating. They're part of a section that features off-the-grid counterculture gurus, a number of whom converged in Sausalito, a perfect place to tune in, turn on and drop out. The Ant Farm Collective, who specialized in "underground architecture" and tools for projects such as "Make Your Own Real City" (1970), is represented here by a graphic with 3-D cut-outs for large-scale inflatable buildings. Among this cadre, Stewart Brand was more receptive than others to the virtues of technology. He published his first "Whole Earth Catalog" in 1968, a bible combining vanishing craft traditions with adventures in design and living that had a global following back in the day. A copy on display is sure to tug at the heartstrings of nostalgic baby-boomers.

Sheila Levrant de Bretteville's 1970 poster for the California Institute of the Arts School of Design provides a fitting coda for the exhibition. Affixed with a tiny pine cone and a single silver jack, its message cautions, "Taste and style just aren't enough." Perhaps the best is yet to come.