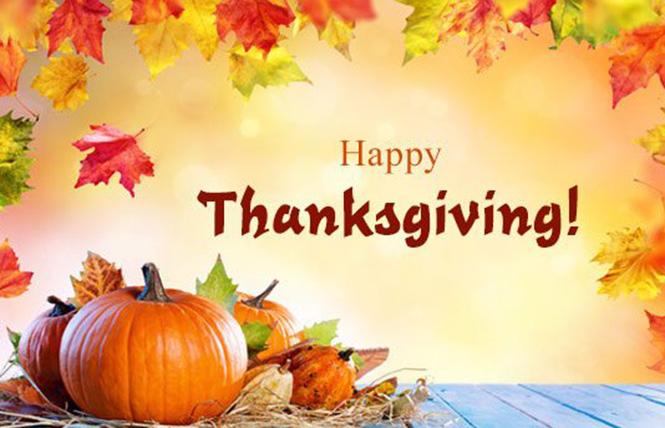 Tenderloin Tessie will be serving dinner to those in need on Thanksgiving. Photo: Courtesy retailcurbside.com

Charitable nonprofit Tenderloin Tessie will serve dinner to those in need on Thanksgiving Thursday, November 25, from 1 to 4 p.m. at First Unitarian Church, 1187 Franklin Street in San Francisco.

Board President Michael Gagne told the Bay Area Reporter that there will be indoor seating for those who are fully vaccinated against COVID-19. For those who are not, they will be able to sit in the outside courtyard. Tables will seat fewer people whether inside or out, he said.

In another change, volunteers will be serving lasagna and garlic bread rather than the traditional holiday fare.

Gagne said that the organization is working with the Department of Public Health and will provide the Johnson & Johnson single-dose COVID vaccine to people waiting in line if they want it. People will be required to wear masks except while eating or drinking, he said.

Tenderloin Tessie has been feeding the hungry in San Francisco for over 40 years. Last year it provided meals to-go due to the pandemic, so Gagne is pleased the event is in-person again.

Castro holiday tree, menorah events return
The Castro holiday tree lighting and menorah ceremonies will return this year, after missing 2020 due to the COVID-19 pandemic. A tree was displayed last year but without the public being invited to welcome its arrival.

The Castro Merchants Association will host the in-person tree lighting ceremony Monday, November 29, at 6 p.m. in front of Bank of America at 18th and Castro streets. In an email the merchants group noted the event will bring festive flair to the neighborhood for residents and visitors alike. Special guests will be on hand as well as entertainment.

Merchants in the LGBTQ neighborhood hope for a better holiday shopping season; last year was difficult because of the stay-home order that went into effect in early December to help combat a COVID surge. This year, vaccines are widely available, and while local cases have ticked up, health officials are cautiously optimistic there won't be another surge.

"The holiday shopping season has always been a critical time for businesses in the Castro," Castro Merchants board President Masood Samereie stated in an email. "With so many consumers turning to online shopping during the pandemic, Castro Merchants is doing everything we can to bring foot traffic back to the neighborhood to support these businesses that were able to weather the storm over the past two years. Bringing the famous Castro holiday tree back with a big lighting ceremony that includes Mayor London Breed, the San Francisco Gay Men's Chorus, San Francisco Lesbian/Gay Freedom Band, the incomparable Donna Sachet, and many more is a great way to remind people to shop local this season."

Castro Merchants has no plans to install the red bows along Market Street as it has done in the past, the organization stated.

The day after the holiday tree lighting, Castro Merchants will partner with Congregation Sha'ar Zahav and the Castro/Upper Market Community Benefit District for a menorah lighting ceremony Tuesday, November 30, at 6 p.m. at Jane Warner Plaza at Castro and Market streets. (Last year's event was similarly canceled.) There will be singing, sufganiyah (jelly donuts), and more at this lighthearted event to celebrate Hanukkah, which formally starts at sundown November 28.

DeFrank center celebrates Thanksgiving
In the South Bay, the Billy DeFrank LGBTQ Community Center will be open on Thanksgiving for those who want to stop by. People can bring their own food or packaged food, water, or juice to share from 11 a.m. to 2 p.m. November 25. The center is located at 938 The Alameda in San Jose. People should enter from the back, according to a note in its newsletter.

Turkey Waddle Hike in Sonoma Valley
Those wanting to get outside after Thanksgiving can trek through Jack London State Historic Park for the annual Turkey Waddle Hike Friday, November 26. A news release stated that "waddlers" should meet at 10 a.m. in the ranch parking lot to the right after the entrance kiosk. The 4.5-5-mile hike ends at noon.

The release stated the event is great for all ages. Participants should wear sturdy shoes and bring water. The hike is free with the $10 per car parking fee. The event will be canceled in the event of rain. Reservations are required and can be made here. For more information about the park, click here.

"2021 has been a year of new beginnings and continued challenges," the foundation stated in an email announcement. "A new, more open administration took office. We saw battles waged over abortion access, transgender rights, and the teaching of America's racist history in classrooms. We've seen a major push for a federal Equality Act for LGBTQ people — and so much more. As we wrap up the year, where do we —in the LGBTQ movement — go from here?"

The event is free. To register and submit questions, click here.

East Bay relief fund will help artists
In response to the ongoing economic crisis due to the COVID pandemic, the Kenneth Rainin Foundation and Walter & Elise Haas Fund announced a second year of funding totaling $337,500 for artists and other arts and culture workers living in Alameda and Contra Costa counties.

The East Bay Relief Fund for Individuals in the Arts will make grants directly to artists, teaching artists, culture bearers, and nonprofit arts workers, a news release stated. The fund will place a priority on individuals from cultural communities that are historically underserved and are particularly financially vulnerable, especially people who are Black, Indigenous, Latino/a, foreign-born immigrants, transgender people, and people with disabilities, the release noted. The fund is administered by the Center for Cultural Innovation.

Individuals may apply once for up to $2,000. The release stated that funds are unrestricted and can be used in any way that alleviates financial hardship.

"The pandemic has been extremely tough on the arts community, and especially difficult for artists of color," stated Ted Russell, director of arts strategy and ventures at the Rainin foundation. "While a number of funders stepped forward with support, recent research shows that only 14% of the emergency funds that were created to support artists are still active. That's why we are urgently launching this second round of relief funding for artists."

The application deadline is Wednesday, December 8. For eligibility criteria, other information, and to submit an application, click here.

If people want to donate to the fund, they should contact Laura Poppiti, CCI program director, at grants@cciarts.org