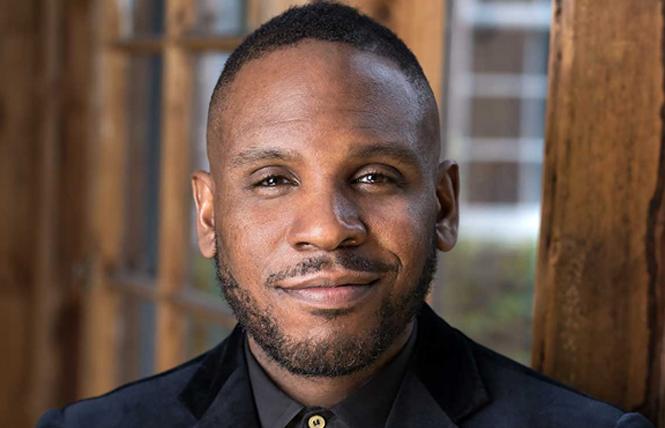 Rainbow Railrod announced that the first group of LGBTQ Afghan refugees arrived in the United Kingdom just before Halloween. They are safe, but hundreds more remain unsafe in Afghanistan and safe houses in neighboring countries, the organization said.

But security breaches threaten the operation.

The first group of 29 LGBTQ Afghans arrived in the United Kingdom October 29. The queer Afghans were evacuated by the U.K. government and Toronto-based Rainbow Railroad and UK-based Stonewall.

"This is just the beginning of our efforts to help hundreds of LGBTQI+ individuals we are supporting in Afghanistan relocate to safety," Rainbow Railroad Executive Director Kimahli Powell, stated in a release issued by the UK government. "We look forward to continuing to work with the UK government and other governments ready to follow their lead to help Afghans at risk."

Liz Truss, U.K. foreign secretary and minister for women and equalities, stated the country will continue to help at-risk Afghans leave the country.

"Britain is a fierce champion of freedom and the right of all people to be themselves and love who they want free from persecution," Truss stated in an October 30 UK government news release announcing the successful operation.

Other countries have accepted LGBTQ refugees, Powell said, but those nations are not making their support public.

A second, smaller group of five LGBTQ Afghans arrived in the UK on November 5, Stonewall confirmed with the Bay Area Reporter.

Two of the gay Afghan refugees who arrived in the U.K. at the end of October were among those on Afghan American journalist and human rights activist Nemat Sadat's list of now 557 LGBTQ Afghans he's been working to evacuate and resettle in an LGBTQ-friendly country.

Sadat confirmed that another gay Afghan refugee from his list arrived in the UK November 5.

Freedom
Aseer, a 21-year-old gay Afghan man who used a pseudonym to protect his family, expressed relief and disbelief that he was in the U.K. after escaping Afghanistan and staying for a month in a safe house in Pakistan.

On the first LGBTQ Afghan flight, Aseer, who is one of the two refugees on Sadat's list, was still in disbelief when he spoke with the B.A.R. last week.

His emotions are mixed. He's elated to be in England, but he is also still on edge. He is worried about his family and fellow LGBTQ Afghans stuck in Afghanistan and at safe houses in Afghanistan's neighboring countries.

Aseer's father is on a Taliban hit list and has been in hiding since August 15, he said. His father served as a judge during the 20-year NATO and U.S. ally occupation. His father sent many Taliban soldiers to jail, Aseer said.

Aseer, himself a college student, advocated for human rights, especially LGBTQ rights, while attending school and working at a radio station before the Taliban took over the country. He faced "many problems" for his advocacy because even under the occupation same-sex relationships were illegal and LGBTQ people were discriminated against, he said.

"I was scared that someone would come and knock on the door not asking for my dad, but asking for me," Aseer, who is not out to his family, said.

Alleged Taliban hit list
Aseer had good reason to be scared. It was rumored the Taliban had hit lists for LGBTQ Afghans. Sadat knew it wasn't a rumor and Powell confirmed this month the existence of the LGBTQ hit lists.

"This is a really scary time to be in Afghanistan," Powell told France 24 last week.

"We now know for sure the Taliban has 'kill lists' circulating, identifying LBTQI+ persons," Powell told the media outlet. Furthermore, the Taliban is also using its own intelligence and means of "entrapment" and data leaks to add to the lists, he continued.

Additionally, it appears someone is posing as a representative of Rainbow Railroad and contacting LGBTQ Afghans for personal information and their passports, Powell confirmed.

"That's how we know the information has been leaked," he said.

Afghanistan has presented itself as the "most complicated mission that we've done, and continues to be so," Powell said.

The organization has fielded requests from 700 LGBTQ Afghans and identified an estimated 200 more people "in need of immediate evacuation," he said.

Rainbow Railroad received $300,000, to address up to 4,000 requests for assistance annually from around the world, according to its 2019 IRS 990 form, the most recent on file with GuideStar.

Critical of effort
Sadat was happy that three of the gay Afghan refugees on his list were a part of Rainbow Railroad and the U.K.'s first evacuation and resettlement flights, but he was critical of the operation.

He questioned Rainbow Railroad and Stonewall's criteria and vetting process for LGBTQ Afghan refugees. Some of the men who were evacuated brought their wives and children with them, but Afghan LGBTQ activists and professionals were left behind, he told the B.A.R.

Stonewall said it could not confirm that information.

"We absolutely cannot confirm the details of individuals as part of the cohort," Sasha Misra, associate director of communications and campaigns at Stonewall, stated in an email to the B.A.R.

Sadat, who has not experienced a security breach to date for his list of LGBTQ Afghan refugees, is "afraid" the organizations do not have the "cultural competency about Afghanistan to ascertain and assess the situation on the ground and decide who should be granted the U.K. visas first," he said, explaining his highly detailed criteria, vetting, and ranking process for the LGBTQ Afghan refugees on his list.

One of the gay couples on his list who is still waiting to be evacuated and resettled is a top scientist in Afghanistan and his partner, who is a medical doctor and provides HIV prevention and medical advice to Afghanistan's LGBTQ community. Sadat did not reveal their names to protect their safety.

"They are not only human rights defenders, but they are a national treasure and asset for [Afghanistan]. Killing them is like killing 1,000 or a million LGBT people," Sadat said, asking why they did not get priority to be evacuated and resettled.

"If all the quotas are taken up by all these closeted gay men with their women and their children then the quotas are going to be filled," Sadat said. "Most of the LGBTQ people will never be able to get to the West, never get out of Afghanistan.

Sadat is just as critical of himself, asking why he could not negotiate to get more of his people on the evacuation flights.

"I just feel like I have not done enough," said Sadat, expressing hope that the LGBTQ Afghans on his list "aren't left out going forward."

Even though he just arrived in Britain, Aseer has joined Sadat's volunteers helping to resettle his fellow LGBTQ Afghans in other countries.

He said right now, he wants to "help get LGBTQ Afghans out to a safe place."

The new gay conservative digital media outlet launched November 6. The first issue featured stories titled, "I'm a gay man in Afghanistan. Biden has left us to die," "Facebook bans LGBT conversion therapy in the US, but allows it to thrive in Arabic," and "Remembering Mohammed Khordadian, Iran's pre-revolutionary gay icon."

Moore, a journalist who is now editor of Outspoken and its new Middle East website, and Grenell wrote a scathing critique of America's leading LGBTQ organizations in their launch.

Grenell and Moore accused what they dubbed "Gay Inc." organizations, such as the Human Rights Campaign and GLAAD, of spending millions of dollars "pretending to fight for gay rights while in fact, they are just inflaming partisan politics" and "long ago abandoned equality and diversity," they wrote.

The two gay Republicans accused American LGBTQ organizations of embracing issues, such as illegal immigration, climate change, and transgender athletes in women's sports, as examples of liberal organizations abandoning the LGBTQ movement. They wrote more work needed to be done when 69 countries around the world criminalize homosexuality and nine countries invoke the death penalty, which is why they chose to focus on the Middle East.

HRC and GLAAD did not respond to the B.A.R.'s requests for comment by press time.

When former President Donald Trump was in office, he tapped Grenell to lead his decriminalization of homosexuality campaign that went nowhere, as the B.A.R. previously reported.

"We've assembled a team of LGBTQ+ citizen journalists in Tehran, Kabul, Beirut and around the region and world to tell human stories about the realities of being gay in parts of the world that liberals and corporations have left behind," Moore wrote.

Outspoken Middle East will be published in English and translated into Arabic and Farsi, they wrote.

Moore and Grenell did not respond to requests for comment by press time.