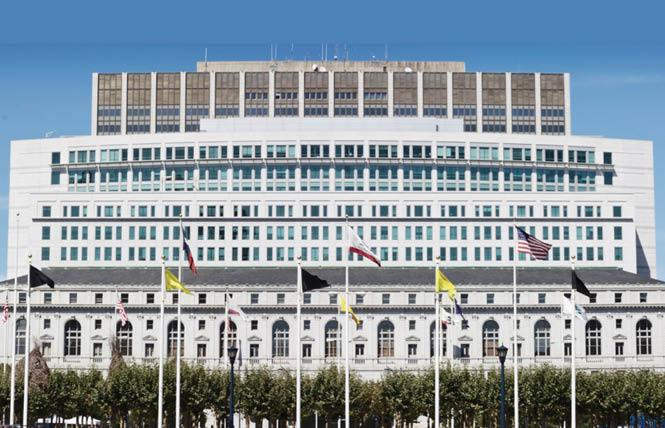 The California Supreme Court agreed to review a case about the constitutionality of a provision of gay state Senator Scott Wiener's (D-San Francisco) LGBTQ Senior Bill of Rights that requires employees at senior care facilities to address residents by their preferred names and pronouns.

Review was granted unanimously November 10. As the Bay Area Reporter previously reported, a three-judge panel of the state's 3rd District Court of Appeal in Sacramento came to a unanimous decision in July, in the case of Taking Offense v. California, that the requirement is unconstitutional under the First Amendment to the United States Constitution's protections of freedom of speech and the free exercise of religion.

"We agree with Taking Offense that ... the pronoun provision, is a content-based restriction of speech that does not survive strict scrutiny," Justice Elena J. Duarte stated in the lower court ruling. "A person's right to speak freely prohibits the government from compelling adoption of a government message and protects the right of citizens to refrain from speaking."

Democratic lawmakers and LGBTQ advocates disagreed with the appeal court's decision, arguing that it violates the right of LGBTQ Californians to non-discrimination. Wiener — who authored the bill codifying the requirements in 2017 — stated to the B.A.R. after the decision that "Deliberately misgendering a transgender person isn't just a matter of opinion, and it's not simply 'disrespectful, discourteous, or insulting.' Rather, it's straight-up harassment. And, it erases an individual's fundamental humanity, particularly one as vulnerable as a trans senior in a nursing home. This misguided decision cannot be allowed to stand."

Wiener stated to the B.A.R. November 11 that "I'm thrilled that the Supreme Court is reviewing this atrocious ruling by the Court of Appeal."

"The lower court ruling authorizes harassment and bullying of frail trans seniors in nursing homes — seniors who are least likely to be able to stick up for themselves," Wiener continued. "That ruling must be overturned."

As the B.A.R. previously reported, California Attorney General Rob Bonta filed a petition of review with the state's high court August 25 in defense of the law in which he asked the court to review "the Court of Appeal's erroneous decision, and restore SB 219's protections for LGBTQ seniors and other long-term care facility residents."

"The intentional misgendering of trans and gender-nonconforming people is a harmful act that no one, especially vulnerable people living in long-term care facilities, should face," Mandelman stated at the time.

Mandelman stated to the B.A.R. that he is "glad that the California Supreme Court will revisit, and hopefully reverse, this dangerously misguided decision."

"The appeals court paved the way for vulnerable LGBTQ seniors in California's long-term care facilities to experience serious harassment and harm when it removed protections against intentional misgendering," Mandelman stated.

The LGBTQ Senior Bill of Rights was signed into law four years ago by then-Governor Jerry Brown. The law is intended to protect LGBTQ seniors from being discriminated against in long-term care facilities throughout the state.

Modeled after a similar policy that San Francisco officials adopted several years earlier, it requires employees at such facilities to allow same-sex couples to live together and, until the July decision, to use the preferred names and pronouns of transgender residents. There was a misdemeanor penalty of up to a $2,500 fine and six months in jail for violating the latter provision, according to the San Francisco Chronicle.

The appeal court did uphold a part of the law that held it is not unlawful for transgender residents to be assigned rooms in accordance with their gender identity, unless they request otherwise, when room assignments are based on gender.

The appellate decision will stay in effect until the state Supreme Court renders its judgment.

Updated, 11/12/21: This article has been updated with comments from Supervisor Rafael Mandelman.