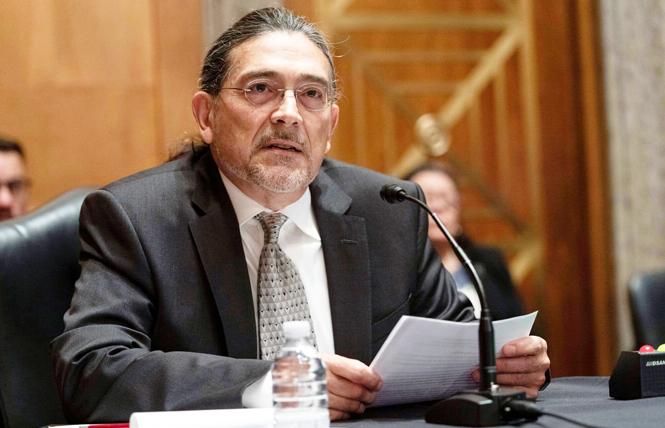 Statistician Robert Santos was confirmed by the U.S. Senate on November 4 to lead the U.S. Census Bureau — he is the first Latino and only the second person of color to be director of the department (an African American was acting director in 1998). A bipartisan 58-35 vote in the Senate confirmed Santos as the permanent director. He is a prominent statistician who drew support from 10 Republicans, according to a New York Times article, which noted that he will oversee a department that's been severely hampered in its efforts by the COVID-19 pandemic and the political turmoil that roiled the bureau under former President Donald Trump.

As NPR reported, Santos — who is also a vice president and chief methodologist at the Urban Institute and a Mexican American who has identified as mestizo for the census — brings decades of not only professional expertise in survey design, but also personal experience that could help the census bureau mend its reputation after the Trump administration's interference, including a failed push for a citizenship question that was likely to deter many Latino and Asian American residents from participating in the census.

In January, Santos is expected to be sworn in and serve a five-year term through 2026, which will be a key period in preparation for the 2030 census. And he should quickly start examining how the decennial count of U.S. residents can do more to include sexual orientation and gender identity in its survey.

As we reported in January 2020, ahead of the most recent census, people were not asked to specify if they identify as gay, lesbian, bisexual, or transgender. In terms of gender identity, the only choice allowed was male or female. There was a question for same-sex couples to clearly mark their relationship. The 2020 census forms had the following options for those residing in the same household who are related: "same-sex husband/wife/spouse" or "same-sex unmarried partner." In 2010 the options on the census form were the generic terms "husband or wife" or "unmarried partner."

It would not be a stretch to include SOGI questions on the 2030 census. In fact, the census bureau this year for the first time includes information about LGBTs through its Household Pulse Survey. As we previously reported in August, when the first data was released, it discussed how LGBT respondents were much more likely than non-LGBT respondents to experience economic and mental health hardships due to the COVID pandemic. This confirmed what LGBTQ organizations already discovered in their own surveys.

The results are based on data collected between July 21 and August 2. The census bureau sent invitations to 1,042,642 households and received a total of 64,562 responses, for a weighted response rate of 6.1%.

Santos has much work to do in rebuilding morale in the department. But it's imperative that the 2030 census asks SOGI questions. As we have seen, census data is used for myriad purposes, including how agencies provide services and how local, state, and federal governments make budget decisions. It's time that we are counted just like everyone else. As a statistician, Santos no doubt understands the critical importance numbers play, not only with redistricting, but also in ensuring that more equitable services are provided throughout the nation. The census bureau should not be a political pawn, as it was during Trump's tenure, and we believe that Santos will return the department to its traditional apolitical mission, focused on crunching the numbers. Now, however, it's time for those numbers to include LGBTQs.