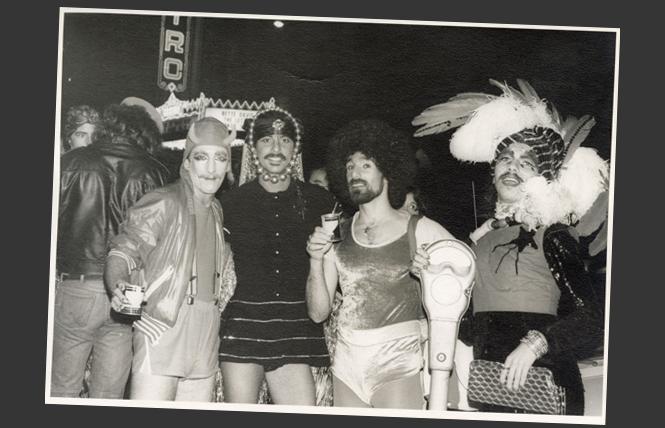 The California Historical Society is in the process of digitizing two collections of photographs and negatives from the wild and heady early days of LGBTQ liberation in San Francisco.

The snapshots were discovered in boxes in the society's archives, according to Al Bersch, a trans man who is a digital archivist with the society, which is based in the city's South of Market neighborhood.

"Over the years, people at CHS in different departments would collect things on their own and bring them to the vaults," Bersch said. "For some of those older collections there wasn't adequate staff to process them at the time, so there's this backlog. These two collections have been identified more recently as high priority."

Bersch said that if the society has more donations it will be able to get the photos online more quickly. The society is currently focusing on digitizing a large project about the California Flower Market, also in San Francisco, in the early 20th century.

"My ethics don't say 'we won't process this without funding,' but we are looking for support," Bersch said, adding that the Flower Market project has to be done first. 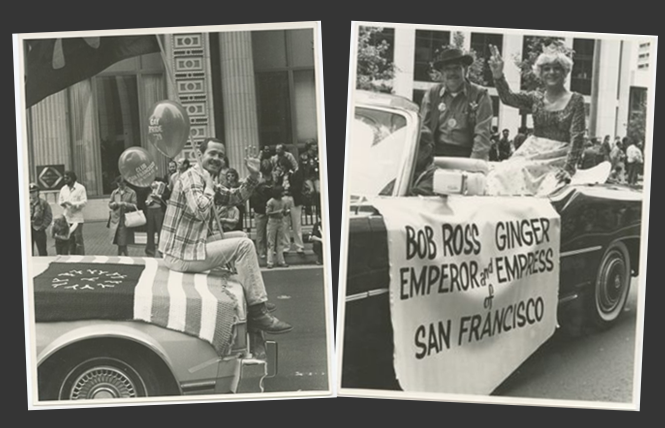 Steven S. Norris collection
The society knows the origin of the first collection because it was discovered with a typewritten letter to then-historical society library director Bruce Johnson from Douglas Haller, curator of photographs, dated March 11, 1986.

Haller wrote that he "squired a group of materials from a garage sale on Masonic [Street] in the Haight neighborhood which appear to have belonged to one Steven S. Norris."

Norris worked for Walter Jebe's camera shop in the Excelsior neighborhood, according to the letter, before opening up his own store.

"The materials range in date from Nov. 1978 to 1983 but they bulk in 1979," the letter states. "They are mainly important for their documentation of San Francisco's gay community and for recent shots of San Francisco which the library collections lack. Major topics include: San Francisco's gay community: home life, leather community South of Market and Castro Street, gay parades, Leonard Matlovich race for supervisor and portraits, Closet Ball 1979, The Balcony Restaurant and Bar on Market Street near Castro, Milk-Moscone assassination by Dan White, Women's Building before renovation. Sacramento gay community: 'Gay Day' 1979."

As the Bay Area Reporter noted in a recent article, Matlovich became an overnight media sensation when a photo of him in uniform appeared on the cover of Time magazine in September 1975 underneath the headline "I Am A Homosexual" at a time when most LGBT people feared to come out of the closet. A technical sergeant, Matlovich served in the Air Force during the Vietnam War.

The onetime resident of San Francisco's LGBTQ Castro neighborhood — a plaque is affixed to the building at Castro and 18th Streets where he resided in the late 1970s and early 1980s — ran unsuccessfully for San Francisco supervisor in 1979. He died due to AIDS in 1988 one month shy of his 45th birthday and is buried in Congressional Cemetery in Washington, D.C.

The Closet Ball was a charity event that ran for about a dozen years beginning in the early 1970s and featured men wearing incredible drag.

"We believe Steven Norris himself took these," Frances Kaplan, the society's director of library and collections told the B.A.R. "We don't know how they made it to the garage sale. It's like 'Antiques Roadshow.'"

The collection comprises about 50 black and white prints, 25 envelopes of negatives, an envelope of color transparencies, and a smattering of color prints and Polaroids. Norris also took a photo for the B.A.R. in its August 2, 1979 issue that can be viewed here.

Also discovered with the photos, some of which show leathermen in full regalia giving each other "the look" inside long-gone bars, presumably South of Market, were "ephemeral items related to the gay community."

These items, along with others, have already made their way into the society's digital collections, and can be viewed online.

Among the ephemera available to view online are an envelope for contributing to the 1979 National March on Washington for Lesbian and Gay Rights, campaign materials against the 1978 Briggs initiative (which would have banned LGBTQ people and their supporters from teaching in public schools in California), a flyer for an all-ages lesbian picnic potluck at Golden Gate Park on Saturday, June 25, 1977, and a flyer from Lesbians and Gay Men Against the Death Penalty proclaiming "Dan White Gets Special Treatment" and advertising an 8 p.m. protest at City Hall. Of course, that protest on the night of May 21, 1979 became known as the White Night riots, following the lenient sentencing of White, who was convicted of the 1978 killings of gay supervisor Harvey Milk and San Francisco Mayor George Moscone. 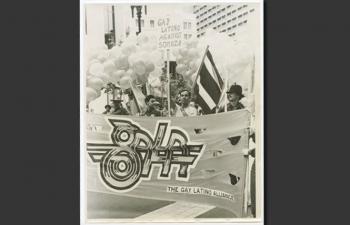 Pope is also a mystery to the society, Bersch said.

"There was an event he did — a screening of an autobiographical film called 'Portrait of a Native Son' — in 1985," Bersch said. "I was not able to find an obituary."

Pope died May 15, 1986, according to an obituary in the B.A.R. It noted that his film provided "a rare and needed reflection upon the awakening gay movement in San Francisco since the early 1970s" and that numerous PBS stations aired it in response to the LGBTQ community's outrage at a controversial 1986 "Frontline" episode about AIDS. Pope's video became part of the permanent collections of the Smithsonian Institution and the California Historical Society, among others, noted the obit.

The society doesn't know how the Pope materials came into its possession. Thus, it is concerned about potential copyright issues because of the lack of documentation, like there was for the Norris collection.

The two rolls of film show LGBTQ businesses, activists, and artists participating in the Christopher Street West parade on June 25, 1972 — a predecessor to today's San Francisco Pride parade — which was held on the third anniversary of the 1969 Stonewall riots in New York City that kicked off the modern LGBTQ rights movement in the United States.

The society is touting the Joe Altman collection, available online, as an example of what the Norris and Pope collections will look like when their digitalization is complete.

In the pictures, one can see contingents from what was then called the Harvey Milk Gay Democratic Club (now the Harvey Milk LGBTQ Democratic Club); the San Francisco Gay Freedom Day Marching and Twirling Corps (the city's official band now known as the San Francisco Lesbian/Gay Freedom Band); the Golden Gate Business Association; Dykes on Bikes; Congregation Sha'ar Zahav synagogue; and manifold shuttered — yet storied — bathhouses and bars such as the Boot Rack, The Watergarden in San Jose, Bulldog Baths, Club Baths, the I-Beam, and the Trocadero Transfer south of Market.

"The Joe Altman collection came to us in a more straightforward way," Bersch said. "We have a deed of gift and it's very clear.