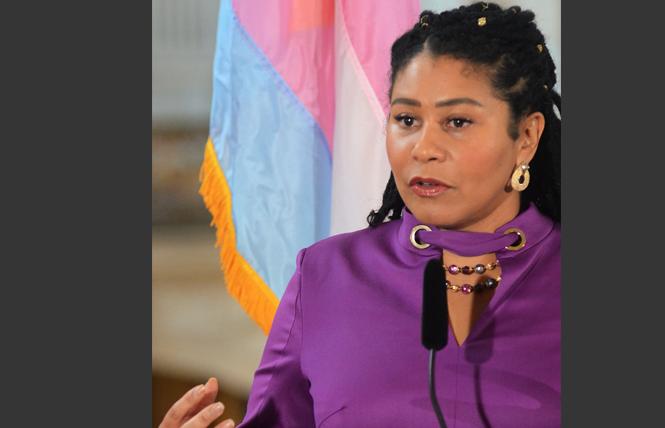 San Francisco supervisors are likely to approve a resolution in the coming weeks urging Mayor London Breed to declare the city's overdose crisis a local emergency. We think Supervisor Matt Haney's planned hearing on the matter is long overdue and that Breed should have been proactive earlier and declared the emergency on her own. Once the board passes the resolution, the mayor should act on it.

We and many other local outlets have covered the city's overdose epidemic for some time. As we report this week, accidental drug overdoses claimed 697 lives last year in San Francisco. As of June 30, 2021, there were 344 additional accidental overdose deaths in the city, meaning the number of deaths this year is on track to be about the same as last year. The city made international headlines for losing more people to drug overdoses in 2020 than to COVID-19, for which Breed declared a state of emergency last year before a single death due to the coronavirus had been reported in San Francisco.

At its core, such a mayoral emergency declaration would allow the city to take action, such as operating a safe consumption site on city property with staff, protected by the city attorney, according to Gary McCoy, a gay man who staged a three-day hunger strike in August to garner support for a board-sponsored resolution. He got commitments from Haney and several other supervisors, although Haney has been promoting the idea for some time. Gay District 8 Supervisor Rafael Mandelman is a co-sponsor. He, too, has seen the ravages of overdose deaths in the Castro, where earlier this summer there were three suspected OD deaths on the same day.

McCoy once worked for Breed — and House Speaker Nancy Pelosi (D-San Francisco) — and is now heading up policy and public affairs at HealthRIGHT 360, one of the city's providers of mental health and substance use disorder treatment, among other services. And McCoy knows firsthand the critical nature of such services — he once battled drug addiction himself. Gay state Senator Scott Wiener (D-San Francisco) has been pushing legislation to establish safe consumption pilot programs in San Francisco, Oakland, and Los Angeles, but his efforts have been stymied for years, first by a veto from then-Governor Jerry Brown then because of delays in the Legislature. The most recent hold up occurred earlier this year; now Wiener's bill must wait until the 2022 legislative session.

Safe consumption sites, also known as supervised injection facilities, allow people to use drugs under the watch of trained staff, reducing the risk of overdose deaths. They provide sterile needles to prevent transmission of HIV and hepatitis B and C, and offer clients an entry point for seeking medical care and addiction treatment. Indoor sites also reduce street-based drug use and improper syringe disposal, a chronic problem in the city. While there are currently no sanctioned injection sites in the United States, around 150 such facilities operate worldwide. Efforts to open such a site in Philadelphia were dashed by a federal judge earlier this year, when he determined it would violate federal law. And that seems to be the crux of the problem: No one is willing to make a bold move because of potential federal resistance.

But we are not under the Trump administration now. The secretary of health and human services is Xavier Becerra, the former California attorney general. His number two is a trans woman, Dr. Rachel Levine, who is assistant secretary of health. As Pennsylvania's physician general, Levine signed an order that allowed law enforcement officers to carry the anti-overdose medication naloxone. She has credited the drug with saving the lives of almost 1,000 opioid users who had overdosed. Federal officials should be open to new programs to stem overdose deaths, and if President Joe Biden really means to lead by science, his administration should not put up roadblocks — including actions by the Justice Department — to squash innovative programs.

We recognize that any local program likely would be small and under intense scrutiny. But as mayor, Breed should lead on this effort. During the early days of the AIDS epidemic, the Board of Supervisors voted every week for an emergency declaration that allowed needle exchange programs to operate in the city. The overdose crisis calls for similar leadership and action, in this case by the mayor. San Francisco should not be a city where more people die of drug overdoses than COVID.