Out in the World: EU and IACHR bodies make groundbreaking LGBTQ decisions 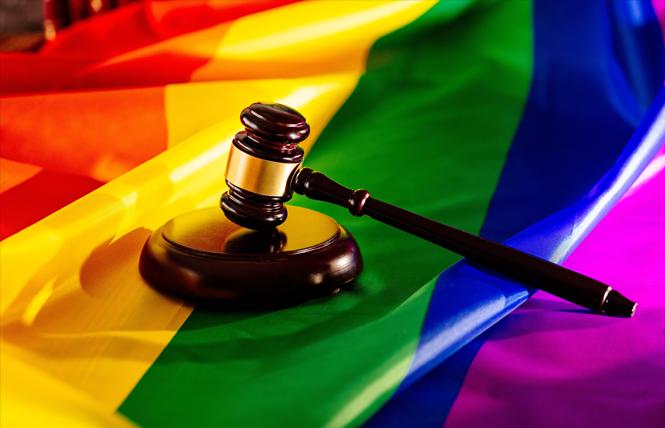 There have been recent determinations in favor of LGBTQ rights by human rights groups in Europe and the Americas. Photo: Adobe Stock/Daniel Jedzura

Two regional bodies in Europe and the Americas issued groundbreaking rulings this summer.

On July 6, in the first ruling of its kind, the European Court of Human Rights determined Russia violated a transgender woman's parental rights.

On July 13, the European court followed up by ordering Russia to legally recognize same-sex relationships. The court ruled the autocratic country violated LGBTQ people's rights by denying three same-sex couples the right to register to marry.

Across the Atlantic Ocean, the Inter-American Commission on Human Rights last month ruled Honduras was responsible for the 2009 murder of transgender activist Vicky Hernández, delivering more than justice for her family and transgender Hondurans.

Latin American LGBTQ activists hailed IACHR's decision as justice finally being served, not only for Hernández and her family, but for all activists and defenders of human rights in the region.

"LGBTI people are equal and in the case of Vicky (Hernandez), the court recognized that any different treatment is discrimination," said Indyra Mendoza, director of Las Cattrachas, in a statement after the ruling, reported Reuters.

Rosa Hernandez, Vicky Hernandez's 66-year-old mother who fought for justice for her daughter for 12 years, told the Washington Blade that, "They have to respect the rights of them for being trans and of them for being lesbians, because they are human. Why discriminate against them? There can't be discrimination."

IACHR can't enforce its mandate, but Honduras' National Commission of Human Rights can. As soon as the ruling was announced, the Honduras commission issued a list of key actions for the country's Congress to debate gender identity law.

Angelita Baeyens, the vice president for international advocacy and litigation at the nonprofit Robert F. Kennedy Human Rights in Washington D.C., told the Times that the next step is to ensure compliance with the commission's ruling.

Activists speaking with reporters said the ruling could have far-reaching implications for LGBTQ rights throughout Latin America, reported the Times.

Honduras is one of the most dangerous countries in the world. Since a military coup in 2009, more than 300 LGBTQ people have been killed, according to Indyra Mendoza, director of Las Cattrachas, one of the organizations that brought the suit to IACHR, in a June 28 statement following the ruling.

Brazil and Mexico follow closely behind Honduras with their LGBTQ murder rates.

In Brazil, 175 transgender women were murdered last year, according to the National Association of Transvestites and Transsexuals, reported the Times. So far this year, the organization has recorded the murders of 53 transgender people.

In Mexico, there were 54 attacks, including violent deaths and forced disappearances, last year, according to the National Observatory of Hate Crimes Against the LGBT Community, reported Reuters.

Overall, nearly 500 transgender women have been killed in Latin America between 2014 and 2019, according to Sin Violencia LGBTI, a regional network, reported the Times.

In Honduras, life expectancy for transgender women is only 30 to 35 years, reported the Times. Hernández was 26 when she was killed. In 2009, soon after the military coup, Hernández was found shot in the eye with a slug of an unidentified caliber. A used condom was by her body. Hernández, a sex worker, was walking the city streets on a night where there was a strict curfew. Only the military and police were patrolling the city due to the coup.

The Times reported that the criminal justice system failed her and her family. The investigation of her killing was botched and there were questions about if forensic tests were ever run. Two transgender women who saw a police car approach Hernández the night of her murder were killed within a year of her death.

The Honduran Attorney General's office categorically rejected that police officers or soldiers killed Hernández, but in a statement following the ruling, said it was aware of its national and international commitments to human rights and it would comply with the court's ruling, reported the Times.

Russia
In response to the European court's ruling, Russia accused it of "meddling" in the country's affairs and that it goes against the country's constitution. It was the second ruling in a month where the European Union court sided with the plaintiffs against Russia.

The court ruled in favor of transgender plaintiff A.M. for being denied visitation rights to see her two children.

In A.M.'s case, where everyone was identified by their initials, her wife of seven years moved the couple's kids to a new home unknown to A.M. and denied her rights to see her children, according to the court's July 6 news release.

The panel of seven judges found that the Russian courts relied "heavily on the expert report," but it did not state how A.M.'s gender transition "represented a risk to her children." The judges found Russian courts interfered with A.M.'s right to respect for family life.

In the same-sex couples case, the seven judges unanimously ruled in favor of them stating, "access to rights for a minority could not be dependent on the acceptance of the majority."

Irina Fedotova and Irina Shipitko, Dmitry Chunosov and Yaroslav Yevtushenko, and Ilmira Shaykhraznova and Yelena Yakovleva filed their case against Russia for denying them the right to legally register to marry. The couples currently live in Russia, Luxembourg, and Germany, according to the release.

Homosexuality was legalized under the late President Boris Yeltsin in 1993 after the fall of the Soviet Union in 1991. Last year, President Vladimir Putin, who succeeded Yeltsin in 1999 and has held the titles of president or prime minister since then, pushed through legislation constitutionally banning same-sex marriage and defining marriage as between a man and a woman.

Russia does not recognize civil partnerships.

During Putin's more than 20 years in power, the former KGB officer is closely aligned with the Russian Orthodox Church. He has made it clear that while he is in the Kremlin, Russia will not legalize same-sex marriage, reported Reuters.

Putin is also responsible for the notorious 2013 Anti-Homosexuality Propaganda Bill. Several countries, such as Hungary, Nigeria, and Uganda, have attempted to implement a similar bill within the past eight years.

The court ruled that "Russia had an obligation to ensure respect for the applicants' private and family life by providing a legal framework allowing them to have their relationships acknowledged and protected under domestic law," whichever way Russian lawmakers wanted to recognize the relationships.

"As regards same-sex couples, the court reaffirmed that they were just as capable as different-sex couples of entering into committed relationships, with a need for formal acknowledgment and protection of their relationship," it added.

The court based its decisions in both cases on Articles 8 and 14 of the European Convention on Human Rights. Article 8 focuses on the right to respect for private and family life. Article 14 prohibits discrimination.

The commission found that Crissthian Manuel Olivera Fuentes was discriminated against and subjected to interference in his private life due to his sexual orientation and Peru did not protect him.

In 2004, Olivera and his boyfriend were affectionate in public, kissing and touching each other at the Dulces y Salados cafeteria of the Santa Isabel Supermarket in San Miguel, according to a July 4 IACHR news release.

The market's staff approached Olivera, informing him that a customer complained that the men's "acts of homosexuality" in front of his kids made him uncomfortable. A week later Olivera went to the same market with his straight friends. They were similarly affectionate as he and his boyfriend were the week before, but no one approached or complained about his straight friends' public displays of affection.

Olivera realized the difference was his sexual orientation and filed a complaint that was rejected. His complaints continued to be rejected until 2011. The court called the country's government's argument of ensuring the best interest of the children not legitimate in its rejection.

In its recommendations to the court, the commission suggested public policy and promotional and public education campaigns about the LGBTQ community, and nondiscrimination and cultural sensitivity training to judicial and law enforcement.

A date has not been set for the Costa Rica-based court to review the case.

Out in the World: Blinken discusses LGBTQ rights
Sign up!