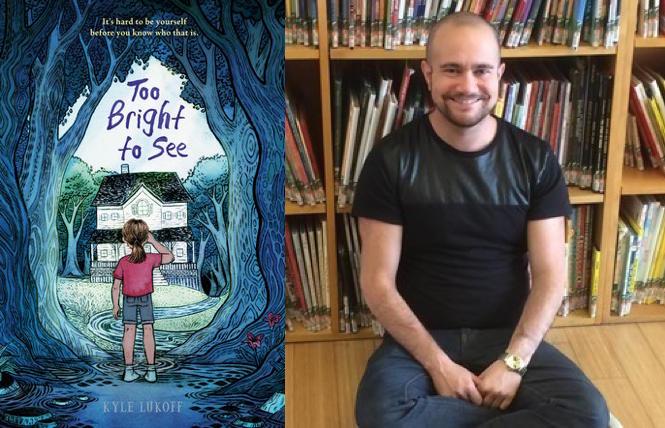 Anyone bringing up children in this contemporary atmosphere of gender fluidity and open sexuality will want to approach the subject of transgender people with judgment-free positivity and true grace. Sometimes the perfect words are difficult to come by, so literature and storytelling can often fill in these gaps.

Two recently released children's/young adult books that, aside from being wonderful stories, can also become important and uniquely creative tools in addressing the issues surrounding gender fluidity and all of the varying nuances on the sexuality spectrum with inquisitive children and young adults.

School librarian and children's book author Kyle Lukoff is no stranger to trans literature since his former publications like Call Me Max and When Aiden Became a Brother (which won a Stonewall Award in 2020) not only became best-selling superior stories of diversity embracement and gender questioning and transition, but promoted universal equality.

His new coming-out novel, Too Bright to See, encompasses themes of grief, longing, gender, family, and unbridled self-discovery, all brilliantly encapsulated within an entertaining and thought-provoking ghost story.

At its center is Bug, a transgender boy who is suddenly saddened by the loss of his beloved gay Uncle Roderick. Feeling confused, melancholy, and pensive beneath the burdensome weight of his grief, Bug realizes the ghosts inside the haunted house where he lives with his mother ("like peas in an oversized pod") have no relation to Casper and are beginning to show themselves in not so fun and friendly ways.

Unable to escape to summer camp as usual because of family money woes, Bug, quite the resilient hero, confronts the ghost nipping at his heels in a search for answers; that quest involves challenging more stereotypical tropes about the transgender experience for young adults.

His best friend Moira, eager to make a "fresh start" in middle school once the summer is over, tosses out ideas to redefine Bug, but he isn't even sure his life needs a redefining makeover, which just complicates things even more.

Lukoff pulls off quite the literary balancing act between Bug's coming-of-age blossoming and the consistently chilling ghost story backdrop. Ultimately, the story coalesces into a suspenseful haunting allegory smoothly blended with the tribulations of a child carefully restructuring his gender and his sexuality based on pure gut feeling and the innate desire for inner happiness. 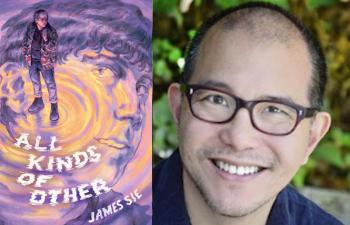 Take all kinds
Los Angeles-based author James Sie delves into the tender subject matter of cis and trans male romance in his new expansive, contemporary young adult novel, All Kinds of Other.

The two kids helming the novel are Jules, a Jewish cis high school sophomore who has just come out as gay and Jack, an Indian American transgender student just relocated to Los Angeles from Pittsburgh. An instant attraction develops as does a simmering curiosity about the other, especially when Jack is outed as transgender and Jules must reassess his feelings for Jack, which doesn't take long.

As their attraction deepens, both boys must contend with the fallout in the form of school bullying, racism, violent transphobia and misogyny, and nasty assumptions about their relationship from biased (and probably jealous) onlookers who vape, swear, and denigrate at will.

Sie's novel is cleverly narrated from both boys' perspectives which affords the story a nicely blooming sense of tension and a wider vantage point to view Jules and Jack's budding emotions, confusions, hopes, and fears. Thankfully, their sweet romance trumps all the negative schoolyard experiences and the result is a bittersweet tale of resilient love and indefatigable pride.

Though geared for younger audiences, both of these excellent books offer crossover potential for any reader. They both encourage everyone to take a closer glimpse into your true self and to discover (or re-discover) the beauty that makes one unique, special, and effortlessly awesome.