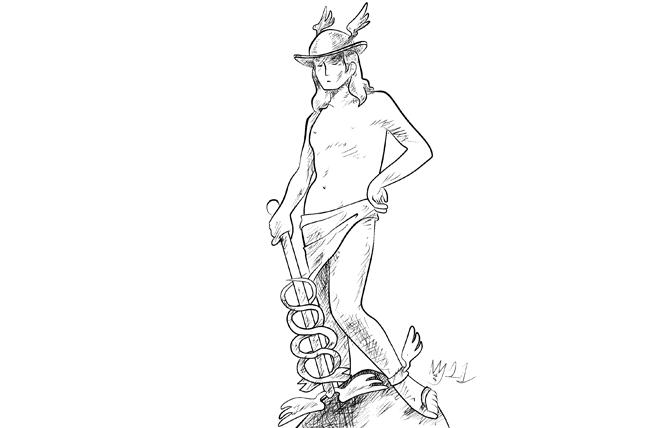 Myths are often greater than reality.

Consider Napoleon Bonaparte, a French military and political leader during the early 1800s. You likely believe that he was exceptionally short, and his stature has often been used as a pretext for his ferocity in battle. There's even a theorized inferiority complex named after him.

But Napoleon was around 5 feet 7 inches tall by many accounts, and certainly of at least average height for his time. It was the British press, most notably its cartoonists, who portrayed him as a short, angry despot — and their caricatures have created a common misconception that remains stronger than any reality.

In my life, I've seen quite a few such things, like the Apollo conspiracy theory, where people have felt that something as monumental as the moon landing was perpetrated on a soundstage, or similar beliefs about the assassination of John F. Kennedy, the 9/11 attacks, and even the supposed flatness of the Earth all being deeply hidden government secrets that "they" don't want you to know.

Today, we see any number of stories spun far worse than any cartoon depicting a short French leader. There are numerous conspiracy theories that have been all but weaponized, with the unfounded QAnon conspiracy theory that alleges former President Donald Trump was engaged in a struggle with an international cabal of sex traffickers, including prominent Hollywood actors and Democratic politicians.

Much like QAnon, there are hundreds of other such conspiracy theories, usually put forth by members of the right wing: the death of Seth Rich, a Democratic National Committee employee whom Fox News alleged had been killed as retribution for leaked DNC emails to WikiLeaks (Fox News settled a lawsuit over the issue last year); both the 2016 and 2020 presidential elections; the birthplace of former President Barack Obama; Hunter Biden's laptop (the New York Post claims that emails it says are from the younger Biden's laptop show he arranged for his father, Joe, then the vice president, to meet with Ukrainian energy officials); the Deep State (a conspiracy theory that collusion exists within the U.S. political system and constitutes a hidden government within the legitimately elected government); and COVID-19, masks, and vaccinations are just the tip of that particular iceberg.

Most of these are created on the flimsiest of evidence, or even no verification at all. They simply have to feel right to their believers. Just having something that somehow shores up their beliefs is enough.

It has been years since anti-trans panic was ratcheted up to defeat LGBTQ laws such as the Houston Equal Rights Ordinance in 2015. The entire argument hinges on people believing that such laws would lead to a flood of male predators claiming to be trans in order to have easy access to women and children in bathrooms.

The same argument was put forth in scores of additional fights, even this year as Tennessee enacted a law requiring businesses to display a prominent sign in their windows, should they allow trans people to use the facilities. Until a judge recently blocked implementation, that sign was to read: "NOTICE: THIS FACILITY MAINTAINS A POLICY OF ALLOWING THE USE OF RESTROOMS BY EITHER BIOLOGICAL SEX, REGARDLESS OF THE DESIGNATION ON THE RESTROOM."

Yes, in all caps, boldface, and on a sign a minimum of 6 inches tall.

Wi Spa is a Korean-owned, LGBTQ-friendly spa in Los Angeles. Wi Spa has a few transgender clients, and those clients are welcome to use facilities congruent with their gender identity.

On June 24, an Instagram user named "cubanaangel" posted a video where she complained to the Wi Spa staff about the presence of a trans woman — whom she referred to as a man —attending the spa that day. She further claimed that both women and girls in the spa were offended by the presence of the trans woman's genitalia. The video cuts off just as the woman is about to confront the trans woman herself.

Yet a report in the Los Angeles Blade casts doubt on this user's report, as an anonymous Los Angeles Police Department source has told the Blade that they have found no corroborating evidence that a transgender woman was at the spa that day. Wi Spa, too, noted that none of its usual transgender clients had appointments that day. All of their trans clients are well-known by the staff, and access to the spa is by appointment only.

Likewise, cubanaangel's Instagram account is predominantly Christian memes, making one question why she would opt to go to a known LGBTQ-friendly spa. No one has confirmed her story. This is also not the first time the spa has been targeted for being trans-friendly.

Nevertheless, a right-wing protest spun up on July 3, attracting religious fundamentalists, right-wing Proud Boys, and QAnon believers. Counterprotesters also showed up, and some were attacked in the ensuing standoff. A second protest is in the works as right-wing pundits like Tucker Carlson fan the flames. All this for a spa visit that likely never happened, involving a transgender person who was almost certainly not there.

In the end, will that matter?

For years, the right has been seeking tales of transgender predators, and cubanaangel's myth-making can be just what they need. It won't matter than no transgender person was there: transgender people have been there in the past, and even if there were no problems, that is close enough to spin this year. It confirmed the right's biases and will be used as a rallying cry.

Add that the spa is Korean-owned, and I'm sure the anti-Asian crowd will be plenty happy about all this, too.

Myths are often greater than reality — but this myth needs to die a very quick death, before more of us do.