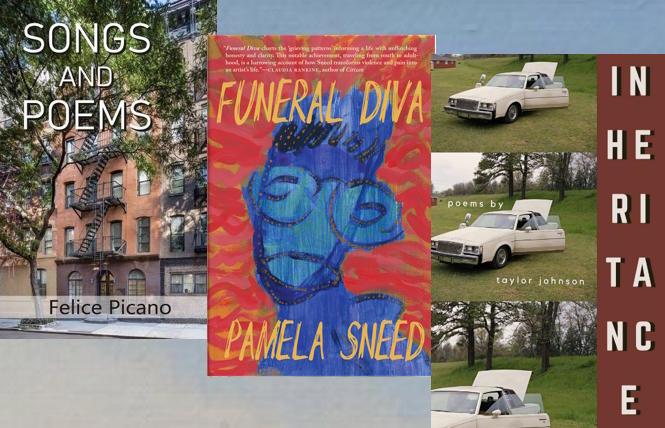 With so much to be savored in the literary genre right now —and perhaps you're recovering from Pride festivities— look inward with some inspiring poetry by LGBTQ writers.

Edited by Richard Blanco, Caridad Moro, Nikki Moustaki & Elisa Albo, Grabbed: Poets & Writers on Sexual Assault, Empowerment and Healing (Beacon Press) arrives at a turning point in our history. With a foreword by Joyce Maynard and an afterword by Anita Hill, this substantial anthology includes works by a variety of writers and includes queer voices such as Jericho Brown, Freesia McKee, Ellen Bass, Eileen Myles, Maureen Seaton, and Michael Mackin O'Mara, to name a few.

In recent years, poet and writer Margaret Atwood has become better known for her fiction, especially her 1985 novel The Handmaid's Tale and the acclaimed and award-winning Hulu series that it inspired. But Atwood is also a poet with 15 poetry collections to her name. You may now add the sixteenth, Dearly: New Poems (Ecco), to that list, her first book of poems in more than a decade.

Like Atwood, Marge Piercy writes both prose and poetry. In On the Way Out, Turn Off the Light (Knopf), Piercy's first new book of poems in five years, she touches on subjects near and dear to her, including "language, nature, old age, young love, Judaism, and our current politics."

As in the cases of Atwood and Piercy, gay writer Felice Picano, of the legendary Violet Quill (along with Edmund White, Andrew Holleran and others), is well known for writing both prose and poetry. In Songs and Poems (cyberwit.net), Picano's first collection of poems since 1977's The Deformity Lover and Other Poems , he incorporates older and more recent works in the book, separated into two distinct sections.

Opening with a couple of personal essays before moving into her poetic voice, Funeral Diva (City Lights Books) by Pamela Sneed movingly expresses her experience of her 1980s, New York City coming of age, including the effect of AIDS on the black queer community, as well as issues encompassing police brutality, queer rights, and the through line to the current COVID-19 pandemic. 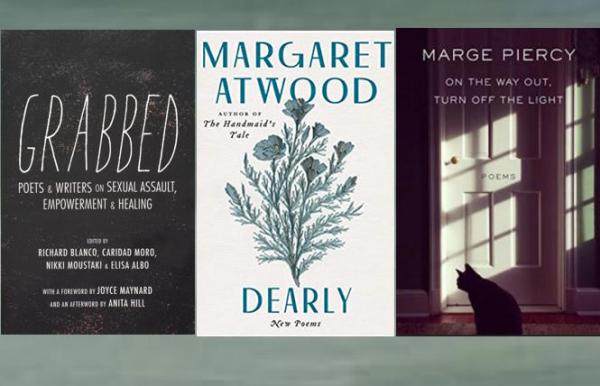 Inheritance (Alice James) is the breathtaking full-length debut collection by New Orleans-based, Washington, D.C. native Taylor Johnson. The addition of Johnson's voice to the LGBTQ+ poetry landscape feels essential, and poems such as "Lincoln Town Car," "Club 2718," "Pennsylvania Ave. SE," "Hunger" and "Trans Is Against Nostalgia" are proof of that.

Originally published in 1978 as a chapter in a limited-run festschrift (defined as "a book honoring a respected person, especially an academic, and presented during their lifetime") by the late Elie Wiesel (who died in 2016), the narrative poem The Tale of a Niggun (Schocken Books, 1978/2020), which now includes illustrations by Mark Podwal and an introduction by Elisha Wiesel (son of Elie Wiesel), is based on an actual World War II event.

Winner of the Gival Press Poetry Award, judged by C.M. Mayo, The Miracle Machine (Gival) by Matthew Pennock is a 21st-century book of poetry whose primary narrator is a 19th-century automaton, L'Automate de Maillardet.