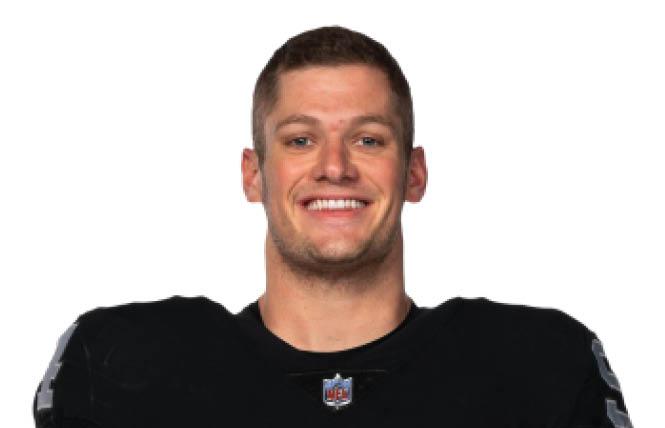 The moment David Kopay waited 46 years for finally came this week, when Las Vegas Raiders defensive end Carl Nassib announced Monday, June 21, that he was gay, becoming the first NFL player to come out of the closet while still active on a team roster.

"I just wanted to take a quick moment to say that I am gay," Nassib said in a brief video on Instagram. "I've been meaning to do this for awhile now. I finally feel comfortable enough to get it off my chest. I'm a pretty private person, I'm not doing this for attention. I just think representation and visibility are so important."

Former 49ers player Kopay broke down in tears when he heard the news. In 1975, Kopay became the first NFL player to declare publicly he was gay, but his announcement came years after his retirement. Many activists hoped his announcement would be a trigger for numerous active players to come out, but in the subsequent years only a trickle of players, all retired, have done so. Every other year for the past decade, it seemed, a rumor would float around during the preseason that half a dozen players were about to come out. But nobody did.

"I can't believe how fucking happy I am," Kopay told the Bay Area Reporter, his voice breaking with emotion. "I always thought someone would come out. I never thought it would take this long. It's been almost 50 years! This news today was the most exciting I've ever heard in my life."

In his statement, Nassib, 28, said he was donating $100,000 to the Trevor Project, a nonprofit organization that works to help prevent suicide among LGBTQ+ youth. He said he had "agonized" over his announcement for 15 years.

In the years between Kopay's and Nassib's announcements, a handful of former players had come out, including Ray McDonald, Roy Simmons, Jeff Rohrer, Esera Tuaolo, Kwame Harris, Ryan O'Callaghan, and Ryan Russell. A few others attended training camps or played in preseason games.

"This is absolutely amazing," Tuaolo said in a Facebook video after hearing of Nassib's announcement. "I am so happy it's not even funny. Congratulations, Carl — welcome to the party! This is huge."

When defensive standout Michael Sam announced before an NFL draft that he was gay, several naysayers began predicting he would be a distraction for any team that picked him up, laying the groundwork for Sam's ultimate failure to land a regular season roster spot.

"Stay focused and do what you need to do," Tuaolo advised Nassib. "We need you to play next year."

The Raiders accompanied Nassib's message with a tweet saying, "Proud of you, Carl." NFL Commissioner Roger Goodell wrote that the "NFL family is proud of Carl for courageously sharing his truth today. Representation matters. We share his hope that someday soon statements like his will no longer be newsworthy as we march toward full equality for the LGBTQ+ community. We wish Carl the best of luck this coming season."

Nassib was a walk-on with Penn State and did not play his first two years but became Big Ten Defensive Player of the Year his senior year. He was taken in the second round of the 2016 NFL draft by the Cleveland Browns and played for the Browns and the Tampa Bay Buccaneers before signing with the Raiders in March 2020.

In non-football news, six elite French athletes in a variety of sports all came out in the documentary "We Need to Talk," broadcast on the Canal+ channel, just about as Nassib was making his video. Half a dozen, just like in the old NFL rumors. Who knows? Maybe the floodgate is a coming.