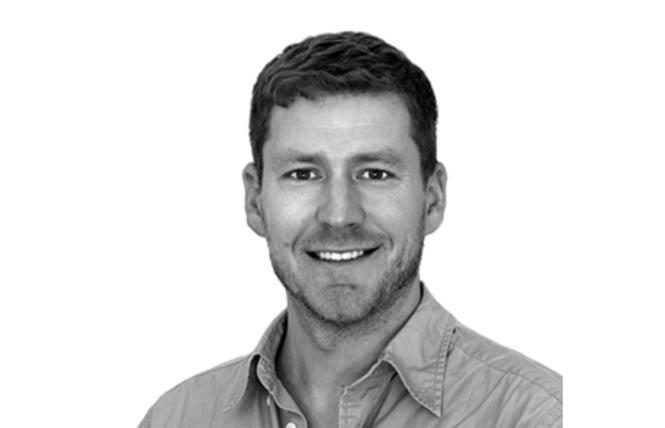 Mayor London Breed intends to nominate an out man for the vacant seat on the San Francisco Historic Preservation Commission.

Jason Wright, who is LGBT according to the mayor's office, would be the only out person on the seven-member advisory panel should he be approved by the Board of Supervisors. Commissioner Jonathan Pearlman, a gay man, is presently serving on the commission but his term has expired and Breed did not renominate him or Aaron Hyland, the other out member.

Wright has been nominated to Seat 3, which is designated for an architectural historian.

Wright has a background in both design and conservation, according to a biography from the mayor's office, and has 18 years of work in preservation architecture. He has overseen both conservation and architectural projects and engaged in laboratory and other technical conservation methodologies.

"Jason's varied background has led him to work on such well-known historic buildings as the California State Capitol; McKim, Mead, and White's Washington State Capitol in Olympia, Washington; the National Portrait Gallery in Washington, D.C.; and the Old U.S. Mint in San Francisco," the mayor's office stated.

Wright has also been active with the GLBT Historical Society's Historic Preservation Working Group, the mayor's office noted, and the Association for Preservation Technology's Western U.S. chapter, San Francisco Architectural Heritage, and with the Presidio Historical Association, where he serves on its board of directors.

Terry Beswick, a gay man who's executive director of the historical society, said Wright was one of the founding members of the organization's working group, which also doubled as the Arts, Culture and Heritage committee of the San Francisco LGBTQ Cultural Heritage Strategy.

"I always found him a thoughtful and attentive listener, and blessed with a good sense of humor, which will serve him well on the commission," Beswick wrote in an email.

Wright works for Page & Turnbull, the same firm that employs Christina Dikas, a straight woman who withdrew her nomination in April after it was clear the Board of Supervisors would reject it. That affiliation came under some criticism during Dikas' hearing, as the firm has done many projects in the city, which could be a potential conflict of interest for Wright. Nonetheless, Beswick said Wright would be a good commissioner.

"His long employment within the belly of the beast (Page & Turnbull) notwithstanding, he will bring the commission strong expertise as an architectural historian coupled with an awareness of LGBTQ historic preservation that is sorely needed right now," Beswick wrote. "We need to ensure that the most marginalized LGBTQ communities' historic places are preserved in San Francisco, including BIPOC and trans sites, not just those that are best known."

"I can't think of a better candidate for the HPC," Watson wrote in an email. "Jason is an extraordinarily kind and dedicated LGBTQ preservationist. He's been volunteering his time for years as a founding member of the GLBT Historical Society's Historic Places Working Group and the Citywide LGBTQ Cultural Heritage Strategy Arts & Culture Committee. Above all that, he's just a really decent guy who will take this job very seriously."

Wright did not immediately respond to a message seeking comment.

According to the mayor's office, Wright meets the secretary of the interior's professional qualification standards for architecture and historic architecture.

Wright holds a bachelor of architecture degree and a minor in historic preservation from the University of Cincinnati. He is a native of Ohio who has lived in San Francisco for many years. His interests and knowledge in preservation cover a broad spectrum within the field and vary from design/construction to materials conservation to cultural landscapes.

Breed has been stymied in her efforts to fill the fourth vacancy on the HPC. Prior to Dikas withdrawing, the board's rules committee had previously voted 3-0 against seating Dikas, in large part because it would mean there would be no LGBTQ representation on the commission.

In March, the Board of Supervisors seated Breed's three other straight nominees — Diane Matsuda, Chris Foley, and Ruchira D. Nageswaran — to serve terms ending December 31, 2024. Matsuda and Foley had both been serving on the commission, while Nageswaran was named to Hyland's seat.

The matter of the commission vacancy comes as a number of LGBTQ historical preservation items move through the city's approval process. The supervisors recently approved city landmark status for the Noe Valley residence of the late pioneering lesbian couple Phyllis Lyon and Del Martin. In May, the Historic Preservation Commission recommended city landmark status for the gay-owned Eagle bar in the South of Market neighborhood that is popular with the leather community.

Other local LGBTQ historic sites, however, continue to languish on a city planning department list of future potential city landmarks while early talks have focused on turning the late gay San Francisco supervisor Harvey Milk's former home and camera store site in the Castro, into a national historic site. It is one of seven city landmarks related to LGBTQ history.