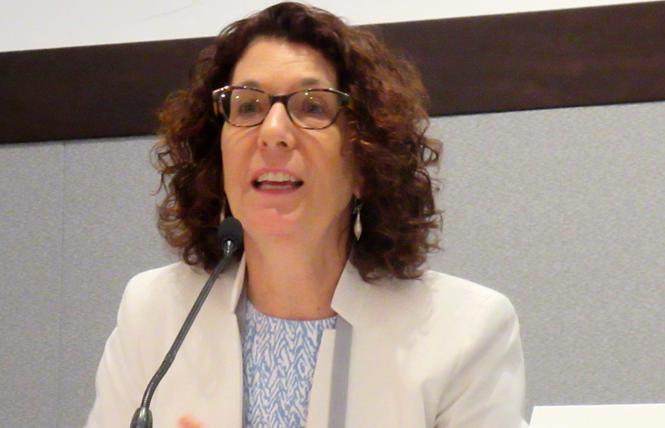 As the Bay Area emerges from one health crisis, medical professionals are increasingly confident it can rise from another.

For efforts to address the HIV/AIDS epidemic as it hits the 40th anniversary of the first reported cases, the impact of the COVID-19 pandemic casts a long shadow, but infectious disease experts and other medical professionals working on implementing Getting to Zero HIV plans in the Bay Area told a story of efforts hampered but generally resilient.

That, of course, doesn't mean local efforts are out of the woods yet.

"Unfortunately, COVID impacted everyone in the health care sector," Dr. Susan Buchbinder, a co-chair of the steering committee of Getting to Zero San Francisco, told the Bay Area Reporter. "We saw a dramatic decline in services provided and a shift to telehealth — which works for some people but not for all people. We did see a dramatic decline in HIV testing — more than a 50% decline. Viral load testing went down more than 60% citywide."

In the darkest depths of the COVID era, PrEP enrollment in San Francisco was down 70% and PrEP follow-up appointments went down 95%, Buchbinder said.

"We've seen a rebound," Buchbinder said. "We're doing much better, but we're not back to baseline." 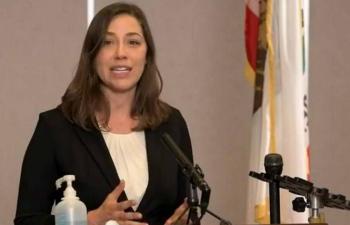 "The county has worked very hard and very rapidly to move resources across the entire county to support COVID response," Rudman said. "We had folks doing double duty — STD and HIV work and COVID — but in general not many pieces of the Getting to Zero effort needed to be delayed."

Dr. Sophy S. Wong, the director of East Bay Getting to Zero, said that the two public health threats were inexorably intertwined.

"All of us have had to pivot to COVID for a variety of reasons," Wong said. "For a lot of people living with HIV, their biggest concern in 2020 was getting sick from COVID."

Dr. Brad Hare, chair of the COVID subcommittee of San Francisco's Getting to Zero, saw another connection — many of the populations hit hardest by COVID-19 were also the populations impacted the most by HIV.

"In the medical community we think about the overlap of COVID and what we see with the HIV epidemic," Hare said. "This community, hit very hard by the HIV epidemic, was also hit hard with COVID and we saw a lot of disruption with income, health, substance use, and overdose. It's been a rough year for people dealing with HIV."

Added Hare: "We want to center racial justice and equity as we work to end the HIV epidemic."

Getting to Zero started in San Francisco in 2014, Buchbinder said. It was inspired by the UNAIDS vision of getting to "zero new HIV infections, zero discrimination, [and] zero AIDS-related deaths."

Initially, 2020 was the goal for getting to zero in San Francisco. Now, it is to "reduce HIV transmission and HIV-related deaths in San Francisco by 90% before 2025," according to its website, along with reducing stigma.

"If it can be done anywhere, the feeling seems to be, it can be done in San Francisco," the UCSF AIDS Research Institute's Getting to Zero page states.

Buchbinder said that "at the core, we want to reach people at high risk of HIV infection, and develop new models for delivery of PrEP and delivery of HIV care."

The steering committee helps with the strategic planning for hundreds of members, Buchbinder said.

Buchbinder said that Getting to Zero in San Francisco has helped the city achieve a decline in new diagnoses. As the B.A.R. previously reported in 2019 the city saw 166 new HIV diagnoses. (For context, that number was 307 in 2014.) 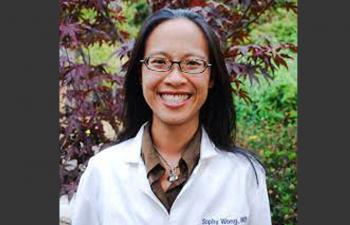 East Bay
Across the bay, Wong's group is "a network of HIV service providers, service organizations, and community advocates," she said. East Bay Getting to Zero, which started in 2017, just launched a five-year strategic plan.

Part of that will be the "East Bae Summer" (Bae is slang for a significant other, standing for "before anyone else"): a community outreach program complete with "shirts, goody bags with condoms and the like, information and education mostly for communities of color that are disproportionately affected by HIV, let people know where to get tested, and where to get linkage to care," Wong said.

"It doesn't matter if you are HIV-positive or -negative," Wong continued. "We have something for you."

Wong said something people don't know enough about are same-day linkages to care.

"People can get PrEP and HIV treatment the same day they present for care," Wong said. "Once someone is diagnosed and referred to our care site, they can get treatment that same day, and that takes quite a bit of collaboration."

South Bay
In the South Bay, the HIV Getting to Zero initiative is headed into its fifth year. It was started with a $750,000 annual allocation from the Santa Clara County Board of Supervisors, and it too is moving forward with a new strategic plan, Rudman said.

Rudman said that the key parts of this plan are "stigma-free access to those who'd benefit" from PrEP, providing up-to-date testing and treatment information to medical providers, expanding access to care, and battling stigma.

"We've learned a lot about public health and community collaboration in pandemics this last year," Rudman said. "I hope we flex those hard lessons learned for the HIV pandemic in this current year."

Challenges
One of the most acute impacts from the COVID pandemic was the drop-off in in-person appointments.

"Our biggest challenge now is getting people comfortable enough to come back in person to do labs," Wong said, referring to both STD testing for PrEP users and viral load testing for HIV-positive people. "For a lot of our clinics, we did a lot more phone visits and video visits. For our staff, we rapidly switched all our meetings to virtual space, but that did not work for everyone."

Less testing has resulted in lower reported rates of STDs than in the years prior to the COVID pandemic — but precisely because there is less testing, there is less treatment, and therefore there may be a future increase in community spread as pre-COVID sexual habits return.

Rudman agreed with the forecast that rates of STDs in general (including but not limited to HIV) may see a rise this year.

"There are some early signs that the same populations hit hardest by COVID have had problems reaching testing and treatment," Rudman said. "In California, there has been an increase in the severity of gonorrhea infections. The numbers of the severe type of infection went up."

The California Department of Public Health sent a letter to medical providers on December 23 telling them to be on alert.

"It is possible the increase in [disseminated gonorrhea] cases reflects a decrease of STD screening, testing, and treatment as a result of the impact of the COVID-19 pandemic as opposed to a more virulent strain of [gonorrhea] being transmitted," that letter stated. "Medical providers should reinstate routine screening recommendations for STDs in females [under] 25 years of age, pregnant females, men who have sex with men and individuals with HIV."

Wong said that while there were fewer STD tests provided by East Bay Getting to Zero's network of providers, "there was a larger proportion of positive tests in rough data from some of our clinics."

"Some are among people with HIV, so for us it's a signal to really pay attention to this," Wong said.

The local Getting to Zero groups are, of course, working toward the same purpose with the U.S. Centers for Disease Control and Prevention's plan to end the HIV epidemic in the country by 2030, and with Ending the Epidemics — a statewide coalition of advocates working to bring an end to the "syndemic" (or, intertwined epidemics) of HIV infection, other sexually transmitted infections, and drug abuse.

Dr. Demisha Burns, co-chair of End the Epidemics, told the B.A.R. that everyone being on the same page, to coordinate their efforts, will be a big help.

Craig Pulsipher, the associate director of government affairs for APLA Health in Los Angeles, said that the local public health infrastructure dealing with the syndemic needs assistance from the state.

"Thinking about the impact of COVID on service providers, there's been a significant amount of financial impact," Pulsipher said. "We're seeing acutely an increase in STI diagnoses because there's less access to services. We're seeing more severe, disseminated cases of STIs, and an increase in overdoses."

Last year, due to the pandemic's anticipated impact on the budget, a $52 million request that End the Epidemics had been advocating for had to be pared back to just $3 million. This year, however, a request of over $16 million was included in the California State Senate and Assembly joint budget agreement.

"We are hopeful with the worst of COVID behind us, we can double down on other health issues," Pulsipher said.

Hare echoed a common sentiment of the doctors the B.A.R. spoke with for this report shared: while the various agencies have come a long way in four decades, there is much work left to do.

"It's a big event in our community — remembering how far we've come and how far we have to go," Hare said. "The last year has honed in on that."

Wong, who has spent decades in HIV work, hopes the Bay Area will get to that finish line sooner rather than later.

"I came of age as a young adult in the 1990s," Wong recalled. "AIDS was what everyone was thinking about. It shaped my life as a queer person of color. To think now we are talking about ending the epidemics, getting to zero, is really amazing. We still got a lot of work to do, but it is a testament to everyone who has helped us come to this place.

"We lost too many souls to HIV and AIDS," Wong continued. "I hope we can remember that to catalyze our energy going forward."

Moving event in SF marks AIDS at 40
Sign up!