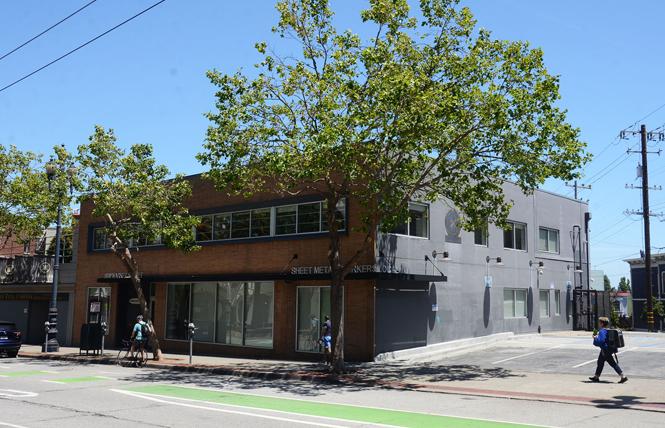 The city has selected affordable housing developer Mercy Housing and Openhouse, a provider of services to LGBTQ seniors, for the planned LGBTQ-welcoming senior housing at 1939 Market Street, which will include units for people living with HIV. Photo: Rick Gerharter

Nine new affordable housing developments coming to San Francisco are expected to provide at least 50 rental units for people living with HIV. One project will be located on upper Market Street in the city's LGBTQ Castro district, another in Chinatown, and the rest are all located South of Market.

Construction on the projects, which will all have 100 or more units, isn't expected to begin until 2023 at the earliest. When the buildings open to residents, the rents for the HIV+ housing units will be set at no more than 50% of the Area Median Income.

When the Mayor's Office of Housing and Community Development issued a request last November for development teams to apply for the nine projects, it included a requirement that a certain number of units be for referrals from the city's Plus Housing program for low-income people living with HIV. The mayoral housing office oversees the program.

"Some are targeted to family housing, others are 100% for people who are homeless and for seniors," said Eric C. Shaw, a gay man who is the MOHCD director. "We made the requirement that each have Plus Housing."

It required that there be 10 Plus Housing units at the family affordable housing project slated for Pier 70, part of a wider redevelopment of the area along the bay that will generate 3,000 new housing units and 1.75 million square feet of office space. The city chose Young Community Developers, the Chinatown Community Development Center, and Catholic Charities as the development team for the site, which is known as Parcel C2A.

The eight other projects must set aside at least five units for the Plus Housing program. Among them is the triangular 7,840 square foot lot at Market Street and Duboce Avenue where housing welcoming of LGBTQ seniors is to be built. As the Bay Area Reporter first reported May 25, the city selected affordable housing developer Mercy Housing and Openhouse, a nonprofit provider of LGBTQ senior services in San Francisco, for the 1939 Market Street project.

It is roughly a block away from where the two agencies built 119-units of LGBTQ-welcoming affordable senior housing on Laguna Street. It is hoped that the new building will produce at least 131 housing units, and city housing officials told the B.A.R. they expect that 10% of the apartments will be available to people living with HIV as was done with the earlier housing built by Mercy and Openhouse.

The units will especially benefit HIV-positive individuals living in transitional housing who need to move out after a certain time period but often have difficulty finding a place to live. There are currently 331 transitional Plus Housing applicants.

"As people become positive there is still a need for housing that is dedicated specifically for people living with HIV and AIDS," said Plus Housing Program manager Manuel Vasquez, who is queer and living with HIV.

Bayview Hunters Point Multipurpose Senior Service and the John Stewart Company will construct another one for seniors at 967 Mission Street. It is part of the SoMa 5M redevelopment being built by Brookfield Properties and Hearst.

The other two projects will provide permanent supportive housing. The John Stewart Company and Conard House were selected for the site at 71 Boardman Place. The Tenderloin Neighborhood Development Corp and Community Housing Partnership will build the project at 725 Harrison Street.

All of the sites are likely to qualify for density bonus programs so a greater number of units can be built. The completion of the projects will depend on the availability of local funding and competitiveness for tax credit and bond financing.