Gay tech guru: 'Yes I Am: The Ric Weiland Story' 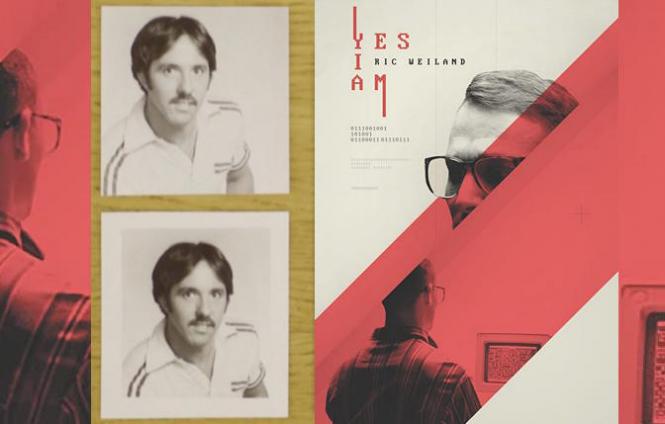 "Ric was one of the pivotal people of our generation both in the information age and in the gay rights movement. He was right at the center; he was one of the architects. We wouldn't live in the world that we live in today without the contribution that Ric made."

While this quote from Michael Failla, a friend of Ric Weiland, sounds like affectionate hyperbole, it comes fairly close to truth, as we hear in the new documentary Yes I Am: The Ric Weiland Story, which will premiere at the Provincetown Film Festival (June 16-25).

Who is Ric Weiland, you may ask? He warrants much greater name recognition in the LGBTQ community, though he's been dead for 15 years, a corrective convincingly argued in the film. Produced by the gay team Fenton Bailey and Randy Barbato of World of Wonder and narrated by out actor Zachary Quinto, the film is an apologia and witness to an individual, who despite almost overwhelming personal challenges, used his wealth and good fortune to make the world a better more just place, especially for LGBTQ people.

Technology is not a field usually associated with queer folk, though with their appearance in the upper echelons of big tech companies, such as Apple CEO Tim Cook, and now Ric Weiland, as one of the founders of Microsoft, their impact is undeniable and worth celebrating.

Weiland attended Lakeside, a prep school in Seattle, where he met and befriended fellow tech geeks Paul Allen and Bill Gates. Allen and Gates hired Weiland in 1975 as lead programmer for Microsoft, which they had just created. A complex but logical thinker, Weiland's brilliance developed the Basic and Cobol computer languages.

After a stint at Harvard Business School, he rejoined Microsoft in 1982 and became the Project Leader for Microsoft Works, though he turned down becoming a partner. Still because he was a software pioneer at the forefront of the 1980s home computer revolution, he became enormously wealthy. 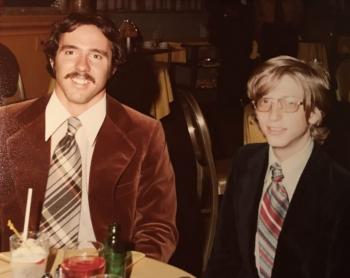 He let Allan and Gates know from the start he was gay, which to their credit fazed neither of them. Reserved at work, he let off steam in his social life, dressing in drag ("Our Lady of the Wayward Girls") literally becoming the life of the party and quite sexually active. Proudly gay, his license plate read, Yes I Am, which provides the title of the movie. He later tested positive for HIV.

What was unexpected was his emergence as perhaps the first great gay philanthropist, giving $20 million to AIDS research, especially at a time when there were virtually no federal government funds. His seed money for amfAR and Project Inform, among others, helped subsidize medical advancements in HIV/AIDS research and treatments.

Weiland, after careful investigation, also contributed significant money to GLAAD, Lambda Legal, PFLAG, Planet Out amidst other organizations, when they were in their infancy, permitting them to survive and become viable.

In a stunning revelation, even after his retirement at age 35, he would return intermittently to write code for Microsoft, so he could make more money to give it away. He was instrumental in forcing General Electric to bar discrimination based on sexual orientation, a policy already established at Microsoft that became the template for other major big tech companies.

Weiland also made landmark contributions to his alma mater, Stanford University, endowed a medical school professorship in his mother's name, but also included the Weiland Health Initiative to promote the mental health of LGBTQ students, a cause close to his own heart. 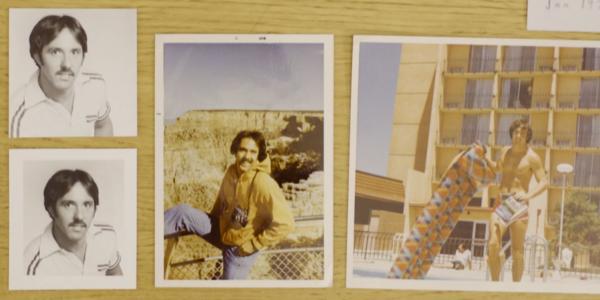 photos of Ric Weiland in the documentary film

Weiland suffered from depression most of his life. There are quotes from his personal journals throughout the documentary, which reveal his struggles with loneliness, shame/stigma related to AIDS and despite having several partners (interviewed in the film) didn't believe he deserved love, poor at expressing his feelings in general.

There are dispiriting passages about fighting to make himself more "social and human," despite being a well-versed conversationalist on a host of topics ranging from political philosophy to history.

Shy, he was more comfortable working behind the scenes, using his wealth to effect the change he wanted to see happen, even if he didn't live to witness it. For all his desire to be generous to others, he wasn't able to be generous to himself, which tragically led to his suicide by gunshot at age 53 in 2006.

Since his death, Weiland's Pride foundation has given more than $170 million to 20 beneficiaries, many, though not all, LGBTQ.

The documentary is meant as a tribute to Weiland. Despite a somewhat stilted low-budget production lacking the slick look of other World of Wonder programs, and at just an hour running time, it largely succeeds in that endeavor.

What makes the film so poignantly effective are the remembrances of colleagues (including Bill Gates) and friends (activist Urvashi Vaid), many of whom remain haunted and bereft by his death and unjustified public anonymity. The movie is a stinging reminder that no amount of money and fame can shield one from the deleterious impact of discrimination and mental illness.

Weiland deserves to be included in the pantheon of LGBTQ heroes, as indirectly much of the equality we enjoy today is a result of his supportive vision for a brighter future during a time of prejudice and mass communal suffering.

Also, arts on PBS
A brand new episode of the PBS series Great Performances has just aired: The Arts Interrupted, surveying how the arts organizations are surviving the pandemic, reckoning with systemic racism,and inspiring us during these national crises. The show, hosted by singer/actor Vanessa Williams, features interviews with artists (including Ralph Remington, Director of Cultural Affairs, The SF Arts Commission) as well as performances during lockdown which range from people's houses to the streets to parking garages.

Not surprisingly, you will see and hear numerous LGBTQ entertainers (i.e. Ben Platt singing while dressed in drag). This thrilling and emotional hour is unmissable and streaming now through July 9 at www.pbs.org.