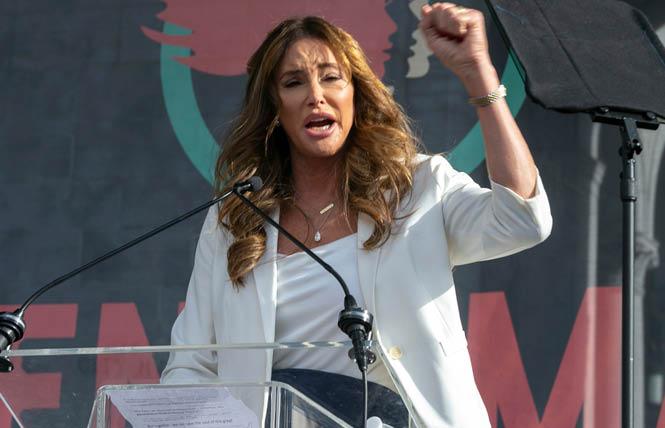 Should she eke out a surprise win to become California governor in the expected recall election this fall, how would transgender former Olympian Caitlyn Jenner address the Golden State's crippling lack of affordable housing? Or solve its perennial shortage of water, with parts of the state already under drought declarations?

Voters wondering what her stances are on those and other policy issues won't find any answers on Jenner's gubernatorial campaign website she launched April 23. There isn't much there other than a photo of her driving an open-top sports car with a canine passenger and a pitch for donations to her neophyte political bid.

Jenner's "I'm in!" declaration on her http://caitlynjenner.com/ site ended weeks of speculation on her political plans. Its launch was timed to her filing the initial paperwork to run for governor of California in the expected recall race.

In a brief message on the site Jenner noted that she has called California home for nearly 50 years.

"I came here because I knew that anyone, regardless of their background or station in life, could turn their dreams into reality," states Jenner. "But for the past decade, we have seen the glimmer of the Golden State reduced by one-party rule that places politics over progress and special interests over people. Sacramento needs an honest leader with a clear vision."


In a longer statement Jenner posted on Twitter Friday she promises hers will be "a campaign of solutions" but again eschews talking about any specific proposals she would pursue should she become the country's first transgender governor. Rather she points to a litany of Governor Gavin Newsom's supposed sins since he became the state's 40th governor two years ago. In particular Jenner hammered away at Newsom's leadership during the COVID pandemic of the previous year.

"Small businesses have been devastated because of the over-restrictive lockdown. An entire generation of children have lost a year of education and have been prevented from going back to school, participating in activities, or socializing with their friends," Jenner stated. "Taxes are too high, killing jobs, hurting families, and putting an especially heavy burden on our most vulnerable people."

Jenner added, "This isn't the California we know. This is Gavin Newsom's California, where he orders us to stay home but goes out to dinner with his lobbyist friends."

It was a dig to Newsom's now infamous night out with his wife last fall to the pricey French Laundry restaurant in the North Bay to celebrate the birthday of a close friend and lobbyist. Backers of ousting the governor have used the episode to drum up support for the recall, which is expected to qualify for the ballot in the coming weeks.

A recall election will likely be held in November, with voters being asked if Newsom should be recalled. They will also be asked who should replace Newsom if the recall passes by a simple majority.

Newsom, a Democrat, can't run and to date no high profile Democratic political leader has said they will appear on the ballot. Other Republicans who are running include former San Diego Mayor Kevin Faulconer, former Republican congressman Doug Ose, and businessman John Cox, who lost to Newsom in 2018 by 24 points.

Jenner, 71, who came out as transgender several years ago, is the most well-known person so far to declare their intent to run in the recall race. Jenner was previously married to Kris Jenner, and counts the wealthy Kardashian clan among her family, starring with them in reality TV shows.

A Republican and former Olympic gold medalist, she has been receiving advice from people connected to former President Donald Trump, according to multiple reports.

Politico reported this week that Jenner has not voted in numerous elections in which she was eligible to vote.

Newsom's campaign immediately sent out a fundraising appeal criticizing Jenner. In 2016, Jenner was a vocal supporter of Donald Trump's presidential bid but parted ways with him a few years later due to his enacting of anti-trans policies once he got to the White House.

"Earlier this morning, Caitlyn Jenner announced she was running for governor of California as part of this Republican recall attempt," Newsom stated. "What's more, she is working closely with Donald Trump's former presidential campaign manager and the person behind his small-dollar fundraising success."

Newsom has a solid base of support within the LGBTQ community. As a former mayor of San Francisco, he ordered city officials to issue marriage licenses to same-sex couples in 2004, kicking off the "Winter of Love" and helping propel marriage equality into the national spotlight. California voters passed Proposition 8 in November 2008, which banned same-sex marriage, but after a federal trial and appeals, the U.S. Supreme Court ruled in 2013 that same-sex marriages were legal in the state. Two years later, the high court legalized same-sex marriage nationwide.

Many members of the trans community are supporting Newsom.

"Governor Gavin Newsom has stood with the transgender community and I am proud to stand with Governor Newsom," Lisa Middleton, a trans woman who is on the Palm Springs City Council, stated to the Bay Area Reporter. "Governor Newsom has demonstrated his leadership during the COVID pandemic and the wildfire disasters. In California, it is not a question of if there will be an emergency, but when and how bad.

"I would hope we have learned that you cannot tweet your way out of a pandemic or wildfire," she added. "I would hope we learned the peril of trusting in a celebrity candidate without government experience. I applaud Caitlyn Jenner for her television and social media support of the transgender community; but that is not preparation for leading the nation's largest and most complex state. You can't support Donald Trump one day, condemn his attacks on transgender people the next day, and then turn around again and hire his advisers on the third day."

"I would love to see a woman governor for California, particularly a woman of color. I would love to see a trans governor. That said, identity obviously only goes so far, and Caitlyn Jenner's values are not my values," Haaland wrote on Facebook. "I won't be voting for her. But I really don't want you to come at her as a trans woman. Don't make us defend her because of your bigotry."

Tiffany Woods, co-chair of the California Democratic Party's LGBTQ Caucus, said Jenner is not qualified for the job.

"California will elect a woman for governor one day, including a trans woman, and, as a trans woman myself, I cannot wait for that day to happen! However, that woman should not be Caitlyn Jenner," Woods stated in an email.

"Let me be clear: Caitlyn Jenner's decision to enter the recall race for governor should be rejected, but absolutely not because she is a trans woman, but because she is unqualified and her Trump-supporting polices are harmful to California and BIPOC Californians," Woods added. "This recall is an exploitive, right wing, Republican power grab exploiting the devastating tragedies of the COVID-19 pandemic and California wildfires. Governor Newsom has been a champion for LGBTQ+ equality, and trans and nonbinary civil rights while Caitlyn Jenner has been a champion of Donald Trump. Full Stop."

Equality California, the statewide LGBTQ rights organization, tweeted that it is opposed to Jenner's entering the race.

"We're the nation's largest statewide #LGBTQ+ civil rights organization. We take a back seat to no one in holding politicians accountable for their records on issues that impact our community — even when those politicians are #LGBTQ+. @Caitlyn_Jenner should not be our governor," EQCA tweeted.

We take a back seat to no one in holding politicians accountable for their records on issues that impact our community—even when those politicians are #LGBTQ+.@Caitlyn_Jenner should not be our governor.— Equality California (@eqca) April 23, 2021

But the organization also noted that it would not accept people misgendering Jenner or using transphobic attacks against her.

San Diego area fire district board member Gina Roberts, believed to be the first transgender Republican elected to public office in the state, told the B.A.R. she had yet to make "much of an opinion" about Jenner's candidacy and remained undecided about who to support in the recall.

"I'll probably support her at some point, but I'm waiting to see who else enters the race. I'm glad she is getting herself out there," said Roberts.

Jenner's entry into the likely recall race comes at a time when numerous states have proposed or passed anti-trans bills aimed at discriminating against trans students participating in school sports or denying them access to health care.

"As of today, hundreds of bills have been introduced in state legislatures around the country that attempt to erase transgender people [and] make LGBTQ people second class citizens ..." Human Rights Campaign President Alphonso David stated this week in an open letter to corporate America published as a full-page ad in The New York Times.

According to the national LGBTQ organization, more than 250 anti-LGBTQ bills have been introduced in state legislatures across the country. So far this year eight anti-LGBTQ bills have been enacted into law, including: three anti-trans sports bans in Arkansas, Mississippi, and Tennessee; one anti-trans medical care ban bill in Arkansas; and four religious refusals bills, including in North Dakota, South Dakota, and two bills in Arkansas.

In February 2015, Jenner was involved in a fatal multi-vehicle crash that killed an older woman along the Pacific Coast Highway in Malibu. No charges were filed against Jenner, who settled two civil lawsuits over the incident.

According to her statement posted on Twitter, Jenner plans to hold a formal announcement about her gubernatorial bid "in the coming weeks."

Updated, 4/23/21: This article has been updated with additional comments. 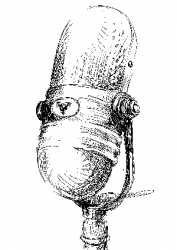