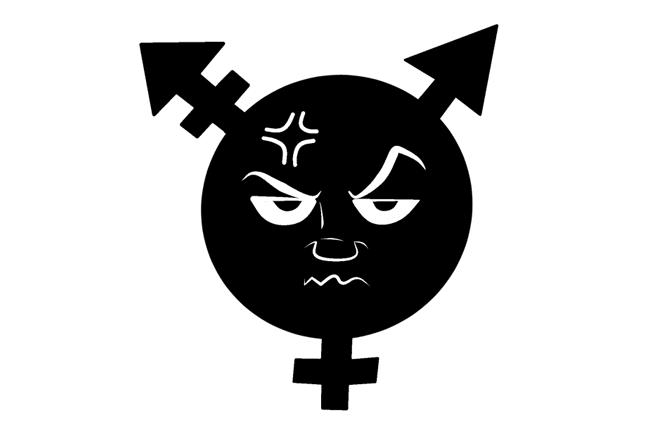 Right now, transgender people in America are under assault.

I mean that in the most literal sense. In the last four months, 14 transgender people — predominately trans women of color — have been killed in cases of suspected anti-trans violence. Many more have been attacked and harassed. We are very large targets right now.

Assault also applies in a more metaphorical way. Thus far, over 100 bills attacking the rights of transgender people have been introduced in 31 statehouses across the country. A number of these have already made it to governors' desks, while others are quite likely to do so.

One of the worst of these is now the law in Arkansas after a simple majority in the Legislature overrode Republican Governor Asa Hutchinson's veto of House Bill 1570. The bill, deceptively called the Arkansas Save Adolescents from Experimentation (SAFE) Act, will block the ability of transgender youth to access medication to delay puberty. Yes, even with the assent of their parents, and with the OK of medical professionals — and even if they have already started such treatment, forcing transgender youth to go through an unwanted puberty.

The regimen is standard for those undergoing a so-called precocious puberty (starting too soon), but it somehow is considered too controversial for young transgender people to access.
The bill also allows for an exception for intersex youth, presumably to continue forcing them to undergo potentially unwanted hormonal treatments.

Arkansas is one of 20 states with other similar bills, including one introduced in Alabama that would make providing transgender care to a minor a felony. Others have attempted to classify gender-affirming treatment of transgender children as child abuse, such as Texas' bill 1646. It would send the parents of trans children to prison for two to 10 years for offering care to their own children. It would also move their children into foster care.

The majority of the bills this year are about transgender kids participating in school sports, with Florida moving to require genital checks of children who want to take part. I am sure that such exams will be used to humiliate both trans and non-trans students alike.

It should seem clear to anyone looking at this slew of bills — largely pushed through by hard-right groups still looking for a hook after their loss on marriage equality — that the goal of same is not just to criminalize transgender care and participation, but eliminate transgender people altogether. They are making it impossible to be trans in these states, either by forcing us out of those states, or forcing our hands to take our own lives. I would argue that they'd be happy with either outcome.

Of course, I am angry at the cruel bigots who seem to think that transgender children are fair game. I know their arguments about "protecting women and girls" are so much hot air, coming from the same people who are more than willing to stand with the likes of Republicans like Florida Congressman Matt Gaetz, former Alabama Supreme Court Chief Justice Roy Moore, and even former President Donald Trump.

They simply see a target that they view as powerless, and one that they think they can score a cheap win against. Their actions are heartless and calculated.

Yet as repugnant as these awful people are, I find myself incandescent not for those who are once again lining up to harm transgender people — as they are acting through the savage, ingrained animus I expect from them — but for those who seem unwilling to speak out against them.

It was only a few years ago that we were in the fight for same-sex marriage. At that time, a lot of trans rights issues were put on the back burner, treated as something that the movement would come around to after the marriage battle. Even I, a trans woman in a same-sex marriage, was told by local activists that they did not want to bring up my marriage in the fight, as it would somehow "muddy the waters" and make the battle all that more difficult.

The victory for marriage was a big one, don't get me wrong. Yet once it was won, those trans struggles that were waiting for help were ignored. Some organizations disbanded rather than take on new issues, while others seemed to refocus elsewhere.

Trans organizations are underfunded. Heck, trans organizations barely exist, and do not have the strength, the money, or the people to effectively fight back against the well-oiled machine that is the religious right. We need the larger LGBTQ community to be standing with us, right now.

We need the organizations that helped get marriage on the front page to be working to do the same for trans issues right now. We need those organizations that swelled their coffers prior to Obergefell v. Hodges (the 2015 U.S. Supreme Court marriage decision) to get out of their posh offices and roll up their sleeves once again.

Right now, we are losing, in part, because the opposition controls the narrative. They are allowed to lie with impunity, crafting a false "trans ideology" from whole cloth, safe in the knowledge that nearly no one is pushing back.

I've said this before, and I am saying it again: we desperately need help. Without the larger LGBTQ movement speaking on our behalf, without more non-transgender people willing to both speak out on these anti-transgender bills and willing to elevate transgender voices, we will see trans rights eroded beyond repair.

Please, I beg of you. Help. Donate to our cause if you can. I'd recommend the American Civil Liberties Union, as its lawyers are some of the few on the ground right now fighting back. Speak out to anyone who will listen. Use your contacts, and reach out to show your support in real, tangible ways.

We need you, and we need you now. Do something.

Gwen Smith is deeply sorry for those suffering right now in Arkansas, Florida, Texas, and elsewhere. You can find her at www.gwensmith.com