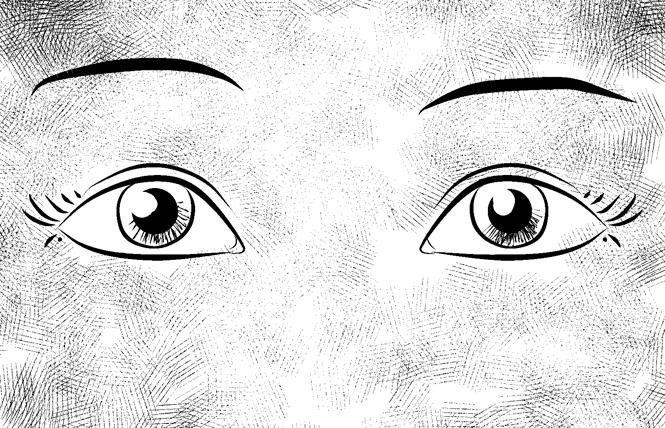 As I've written about many times before, we live in unprecedented times when it comes to trans rights. Over 90 bills have been introduced in state legislatures to push back against trans rights in the United States. While most of them are focused on trans-feminine athletes in school sports programs — the most attractive target the right wing has discovered recently — some go much further, barring transgender people from getting health insurance that covers trans needs, preventing trans youth from securing or continuing puberty blockers, and even charging our caregivers with a felony for doing so.

Much like the United Kingdom, which is in the depths of its own anti-trans campaign that could see a trans version of its former Section 28 law that prohibited the "promotion of homosexuality" under the Thatcher government, the United States is seeing the right-wing media ramping up attacks on transgender people.

According to Media Matters for America, a left-leaning media watchdog, Fox News aired 19 different segments, totaling 51 minutes in coverage, from January 20-27, mischaracterizing moves by the Biden administration to protect transgender Americans. Perhaps unsurprisingly, the network spent much of that time focusing on transgender athletes, claiming that such moves would "destroy women's sports." This trend has not abated since, with dozens more pieces aired on Fox in the ensuing months.

Even stories unrelated to transgender issues — such as the ginned-up controversy over Hasbro's Potato Head toys — have been cast as part of the very same "culture wars."

Fox, of course, is not alone in this, as other conservative outlets have jumped on the bandwagon, searching for stories to fuel outrage among their viewers. Many are bringing in anti-transgender talking heads, such as author Abigail Shrier and representatives of far-right, anti-LGBTQ groups like the Alliance Defending Freedom.

There is one voice you are not hearing much of on Fox or, frankly, many mainstream news sources: transgender people themselves are not being called upon to tell our own stories.

It's hard, sometimes, to understand why this is the case. For outlets like Fox, the reasoning is obvious. We are not going to be the voice it wants to elevate in such a discussion. When so much of coverage of transgender people is centered around nebulous terms such as "trans ideology," having an actual flesh-and-blood person present to discuss their lives would get in the way.

Yet you will also not see us on CNN, MSNBC, talk radio, major news and opinion websites, or the mainstream newspapers. While it wasn't entirely uncommon to see trans people covered a decade or so ago, we have all but vanished today.

Perhaps part of it is us. I can say from my own encounters that going on these shows were often a battle, where the end goal was to simply hold your ground while a host or guest got to attack you. It was rarely a pleasant experience. For those of us who went through it, we've grown tired of the game, and wary of what that exposure will entail.

Meanwhile, there are likely fewer people who will take up those reins and enter the fight. I can't blame them.

At the same time, you are not finding many within the media seeking out trans voices in the first place. Many have argued that this is because transgender people are automatically assumed — by being transgender — to be biased and, therefore, coming on with an agenda. This may sound familiar to our gay and lesbian siblings.

Instead, the media may pull in a "medical expert" or other such person who isn't trans themselves to speak on the issue, assuming their neutrality simply because they aren't transgender. Of course, this is also rife with people who have made a career out of being a "transgender expert," all the while demonizing the very people they claim to represent.

It is in their best interest to co-opt transgender coverage, yet their biases are treated as inherently trustworthy thanks to their non-trans status.

Now I'll admit, no one trans person can speak to the whole of trans experiences. My experiences as a white, Gen X trans woman are going to be inherently different from those of so many others under the trans moniker.

Nevertheless, there are experiences around being transgender that are largely universal. We all have similar roads to realizing we are trans. We all have to fight a hostile world to be who we know we are.

What's more, our experience doesn't need to be universal to be understood. As I alluded to above, for many on the right, hearing the stories of transgender people defeats the notions that this is somehow an "ideology," or that this is some "agenda" being pushed by nefarious sources. We are just people, and our stories are worth hearing.

I would highly encourage those of us in the trans community to find our voices and — more than this — for the media to find us. Our stories are here to be told.

The only way to fight true bias is to get our stories from us. You'll be surprised by what you find.

Gwen Smith wants to see more trans faces in the media. You'll find her at www.gwensmith.com