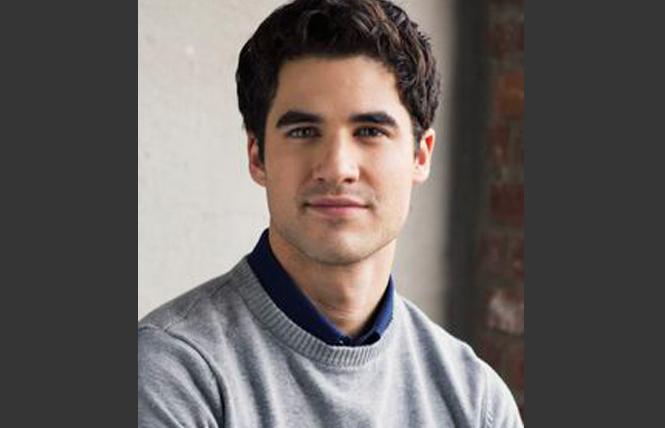 A unique fundraising effort will be available to Bay Area TV viewers as the San Francisco Community Health Center will broadcast "Show of Hope" Sunday, March 21, at 6:30 p.m. on ABC7.

The half-hour presentation will also livestream on ABC7's website and Facebook Live and feature an appearance by trans TV host and activist Janet Mock and a special musical performance by Emmy and Golden Globe award-winning actor and singer Darren Criss.

Lance Toma, a gay man and CEO of the health center, told the Bay Area Reporter that the nonprofit canceled its gala last year because of the pandemic.

"At the end of the year, the opportunity came up with ABC7 — we pitched that to them," he said. "We're super excited."

San Francisco Community Health Center was founded in 1987 in response to the 1980s AIDS crisis, specifically focusing on the impact of the epidemic on Asian and Pacific Islander communities. While remaining rooted in these communities, the health center welcomes anyone in need of its services with particular attention to LGBTQ and people of color communities. In 2015 it became recognized as a Federally Qualified Health Center thereby allowing it to greatly increase its clinical capacity and outreach.

Toma said that the health center's Polk Street office continues to provide services and has not shut down during the pandemic. It has a satellite office at the LGBT Community Center that is closed because the center is shuttered due to COVID restrictions.

The health center has worked with clients who are quarantining in hotel rooms, Toma explained, and is the lead organization in the Tenderloin working with the San Francisco Department of Public Health. GLIDE is one of its partners.

"For over 30 years, San Francisco Community Health Center has been providing critical life-saving services for our Tenderloin neighbors," Toma stated in a news release about the event. "We offer primary medical and behavioral health care as well as dental services to those marginalized members of our community who may otherwise not have access to health care."

During the show, viewers will be encouraged to donate by texting the keyword SFHEALTH to 44321 or by visiting https://sfcommunityhealth.org

"San Francisco Community Health Center exists to be a first responder to any health crisis in our city," said Toma. "The AIDS crisis started that, and the COVID-19 pandemic cemented it. We are here to serve everyone."

The program's presenting sponsor is Gilead Sciences. The televised event is produced by Momentous.