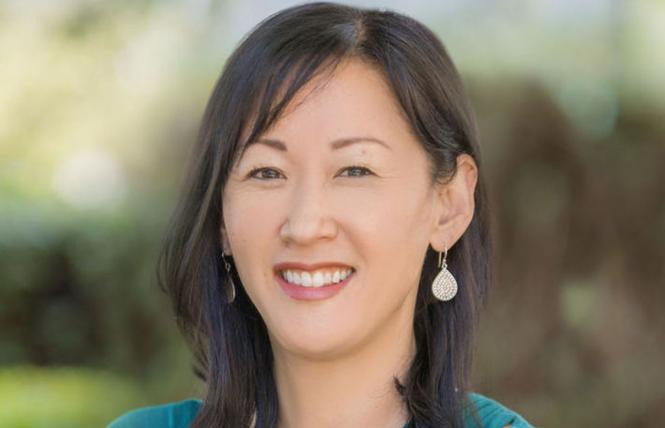 The final rates for sexually transmitted disease diagnoses in San Francisco last year show a rise in many iterations of syphilis, part of a troubling nationwide trend, officials said.

The December 2020 STD report, which includes year-end numbers, was released by the San Francisco Department of Public Health March 5.

Dr. Ina Park, a straight ally who is an associate professor at the UCSF School of Medicine, told the Bay Area Reporter that the increases are significant from a public health perspective.

"In terms of formal statistical significance, I can't do that on the fly, but the increase of syphilis among women — 13% — is significant," Park said. "The congenital syphilis I know are small numbers, but of public health and clinical significance: it's huge. It's huge because for years there were zero cases in San Francisco and this for years mirrors what's happening nationally."

Cases of congenital syphilis nationwide have risen 261% from 2013 to 2018 (the most recent year for which numbers are available), according to researchers with the U.S. Centers for Disease Control and Prevention. Much of that rise is occurring in Southern and Western states.

In 2018, according to CDC statistics, California had one of the highest rates of syphilis in the nation, second only to the District of Columbia (No. 1) and Nevada (No. 2).

"There has been a crystal meth epidemic in the Central Valley for years, with Fresno being a hotspot," Park explained. "Congenital syphilis infections are known to be associated with maternal meth/substance use, homelessness, lack of access to prenatal care, incarceration. So there is an intersection of the crystal meth epidemic with the rise of syphilis in women, which has led to increases in congenital syphilis."

According to Park's book, "Strange Bedfellows: Adventures in the Science, History and Surprising Secrets of STDs," Fresno had recorded two cases of congenital syphilis in 2011, "similar to other neighboring counties in the Central Valley."

"By 2015, that number had increased to 42. That year the number of congenital cases in Fresno exceeded every other county in California, including Los Angeles County, which has a population ten times its size," Park wrote. In 2017, the number rose to 60 before it began to fall. In 2019, the most recent year for which numbers are available, there were 42 cases again in Fresno County of congenital syphilis and 335 cases of syphilis among all women of childbearing age, down from 563 in 2016.

"These are things we didn't see 20 years ago," she cautioned. "Most disturbing of the things I see, we're seeing more of these unknown, latent and late-latent cases." These are syphilis infections that were not caught at the more acute stages.

"People aren't getting caught at the early stages of infection," Park said. "When we get testing ramped up back to what it was before [COVID-19], I really feel syphilis is going to go through the roof."

COVID impacts testing rates
Park echoed what Dr. Stephanie Cohen, a straight ally who is the medical director of the DPH's City Clinic in the South of Market neighborhood, told the B.A.R. earlier this year.

"We know that STI testing rates have dramatically declined and it's most likely the decline in testing that is behind the decrease in case counts," Cohen said, using the acronym for sexually transmitted infections. "It could be a change in behaviors that is decreasing community transmission of STIs, but I am quite concerned, because HIV and STI screening is one of our core strategies for promoting healthy sexual lives."

The B.A.R. at the time did not have hard testing numbers to report, but subsequent to that article, the San Francisco AIDS Foundation responded to a request for comment about the tests performed at its Magnet sexual health clinic at Strut in the Castro.

And indeed, experts agree that the decline in many STD diagnoses reflects this decline in testing.

"At City Clinic, the percent positivity of the tests in 2019 was 0.5% and in 2020 was 1.4%," Park calculated, adding that the pandemic could have impacted the result in two ways.

"In the past, folks could go to City Clinic to be tested because they requested it," Park said. "Now, the people that were coming in to be tested had to be symptomatic of an STI. What I'm thinking is that these positive tests reflect folks who have been at higher risk. I hope it doesn't reflect folks having a gap in their PrEP because of the pandemic, and became positive. I hope it doesn't."

Still, like Cohen, Park noted that public health experts need to think ahead to the potential confluence of untreated STIs, antibiotic resistant STIs, and the expected resurgence of socializing this year and beyond, without demonizing sex.

"Some people, sexually, are going to make up for lost time," Park said. "I think that we see this coming and we need to get access to screening ramped up and nip this in the bud before we get an outbreak of antibacterial resistant gonorrhea."

Similar case rate disparities exist in the rates for gonorrhea and chlamydia.

"The data were stark in the racial disparities in infection rate between African American and Hispanic communities compared to white and Asian communities," Park said. "Understanding as well from the vaccine roll out, there is distrust, and we have to reach out to serve."