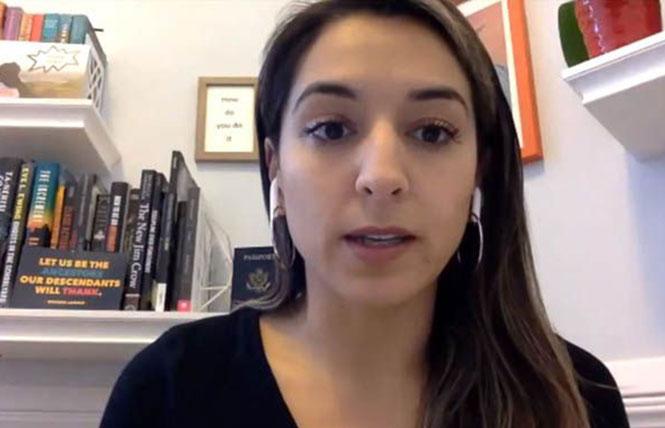 Amid threats of a lawsuit and to recall three of its members, San Francisco's school board is postponing its plan to rename 44 school sites whose namesakes have been accused of taking racist actions against various peoples of color. Instead, it intends to focus all of its attention for now on getting its schools reopened for in-person instruction.

Unlike private and parochial schools in the city, San Francisco's public schools have yet to reopen nearly a year after the COVID pandemic led to their closure. Union leaders and school officials have been trying to work out a deal to get both personnel and pupils back into the classrooms.

A sticking point has been vaccinations for teachers and school staff, as many are hesitant to return to their school sites without getting their vaccine first. As of Wednesday, February 24, all educators in the city are now eligible to sign up to get vaccinated.

Over the weekend in a series of social media posts and an opinion piece written for the San Francisco Chronicle, San Francisco Unified School District board President Gabriela López acknowledged that the school renaming debate had been "distracting" and that for now the district's "only focus" would be on getting its students back into the classroom.

"It was a process begun in 2018 with a timeline that didn't anticipate a pandemic. I acknowledge and take responsibility that mistakes were made in the renaming process," wrote López.

Gay school board member Mark Sanchez, a former principal with the district, had instituted the process to rename school sites by calling for an advisory committee that would review school names and suggest which ones should be changed. It was supposed to have completed its work more than a year ago.

But it fell behind schedule and released a list of 44 school names in the fall that it felt should be scrapped, including those named after George Washington, Abraham Lincoln, and the state's senior Democratic U.S. Senator Dianne Feinstein, a former mayor and city supervisor. The school board subsequently voted to accept the recommendation and asked representatives of the 44 school sites, from administrators and faculty to students, parents and alumni, to submit new name proposals by April.

The public was also asked to submit new names proposals for the schools. Currently, the only school site named in honor of an LGBTQ person is the Harvey Milk Civil Rights Academy in the Castro district, named after the city's first gay supervisor who was killed in 1978 during his first year in office.

The school board's decision set off howls of protest, since the schools are closed with no agreed upon plan to reopen them, as many parents and students are fed up with remote learning online. Critics also lambasted the shoddy work of the advisory panel, which admitted it did not talk to historians and did cursory online searches in researching the names of schools.

In her statements over the weekend, López said the district would ensure the renaming process would be more "deliberative" when it takes it up again and would include input from local historians. Just last week the city's Historic Preservation Commission had unanimously voted 7-0 to send the school board a letter critical of the fact it was not consulted about the school renaming process.

Jonathan Pearlman, a gay man who serves on the historical advisory panel, called the research into the school names "a very flimsy effort" even though he agreed honoring some of the people in such a way "is probably not a good thing."

"The fact we are the Historic Preservation Commission and that these schools were named for historical figures and places in California and San Francisco history, it seemed strange to me that the school board did not reach out to others beyond their own committee," said Pearlman at the panel's February 17 meeting.

Commissioner Aaron Hyland, a gay man who is the panel's president, agreed that it was dismaying the HPC was not consulted and a letter extending its assistance on the school renaming issue should be sent to the school district.

"We have reached out over the years to offer assistance to the school board and have not been taken up on it," Hyland noted.

Amid the public attacks on the school board members in regard to the school renaming issue, the political action committee of the Harvey Milk LGBTQ Democratic Club earlier this month lent its support to the education leaders. It voted "to express unconditional support for SFUSD Board of Education in the face of an unwarranted and out-of-proportion attack on its integrity on the issue of school renaming."

It remains to be seen what impact, if any, the decision to shelve for now the school renamings will have on either the lawsuit filed against the district over the issue or the effort to recall López, board Vice President Alison Collins and Commissioner Faauuga Moliga. The three are all up for reelection in November 2022.

In order to qualify for the ballot, organizers need to collect 70,000 signatures in support of recalling each individual school board member. Led by couple Autumn Looijen and Siva Raj, whose five children attend the city's public schools, it could be a heavy lift to get enough signatures amid the health crisis.

Outrage at the trio of school officials could also quickly dissipate if schools reopen. And some parents are more in favor of placing a charter amendment on the June primary ballot next year to change the school board from being an elected body to an appointed one where the mayor and perhaps the Board of Supervisors are each given a certain number of seats to fill.

Meanwhile, one group representing families in the school district wants to see the school board completely rescind its vote in favor of renaming the 44 school sites and start the process over from scratch, according to a statement released by Seeyew Mo, executive director of the group Families for San Francisco. The group had issued a report detailing "the deeply flawed process" the school district had engaged in to rename the school sites.

"Once all SFUSD students are back in their classrooms full time, we urge the Board to uphold its commitment to facilitate a deliberate renaming process that centers on students, is grounded in facts, and involves the full community," read the statement. "Families for San Francisco is committed to holding our elected officials to account and to fighting for the community's voices to be heard. We offer any assistance we can on the issue of reopening and, when schools are reopened, renaming."