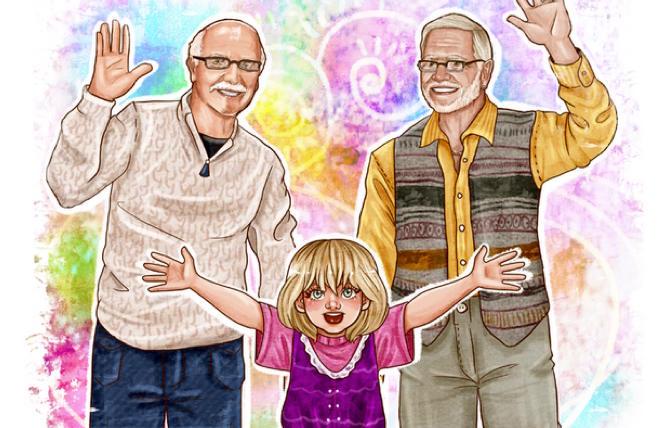 "This book is based on an incident that happened to my daughter Katy," wrote Lyford on the book's website. "It is filled with dozens of colorful original images and tells the story of a first-grade girl with a lisp who is always misunderstood by her classmates and teacher. One day when Katy talks about her two gay grampas, she becomes frustrated when the teacher thinks she means grampa and gramma.

"With the help of her big sister, Katy is able to let her teacher know what she is trying to say. Finally, because she has such love for her grampas, who just so happen to be gay, and so much trust in their understanding her, she unexpectedly shines when introducing them at a classroom party for grandparents."

While many similar books have been published since Heather Has Two Mommies (and the ensuing protests from antigay people), this is the first such illustrated book to include gay grandparents. 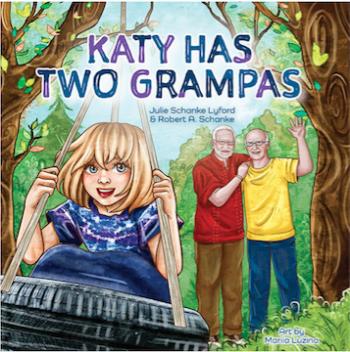 One of them, co-author, Schanke, is also the prolific author of numerous nonfiction books about musical theater history. Two of those were Lambda Literary Award finalists.

"During my 40 years of teaching theatre, I authored eight books focusing on LGBTQIA+ artists in the American theatre," wrote Schanke. "Co-authoring this children's book, however, has been a highlight of my career. In being autobiographical, it has allowed me to express my joy of being a grampa and part of a loving, modern family."