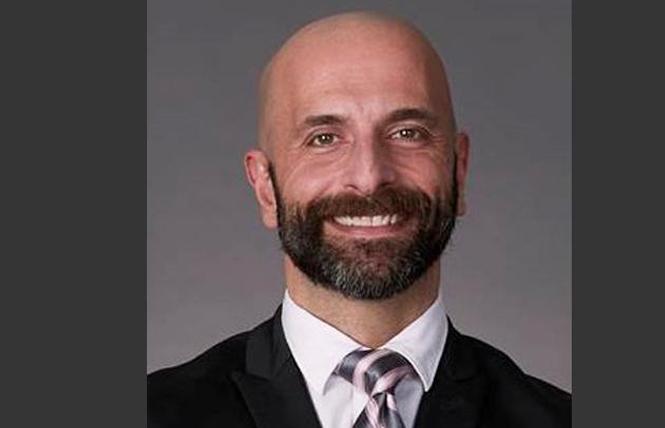 The new director of the Centers for Disease Control and Prevention's Division of HIV/AIDS Prevention has unveiled new resources that are part of the agency's Let's Stop HIV Together campaign.

In an email newsletter, he noted the new resources represent one of his first acts since he took over.

"These materials represent an important expansion of the campaign's prevention resources and are designed for all who can benefit from HIV prevention information," he wrote.

As part of the rollout, there will be a number of social media activities in the coming weeks. On Tuesday, February 9, from 3:30 to 4 p.m. Pacific Time, Daskalakis will participate in a Facebook Live event with the National Black Justice Coalition.

On Saturday, February 13, from 8:30 to 9 a.m. Pacific Time, there will be a program on the CDC's Stop HIV Together Instagram page featuring David Lester-Massey, one of the Together ambassadors.

The new materials represent an important expansion of the campaign's prevention resources and are designed for all who can benefit from HIV prevention information, Daskalakis stated. "The new materials are built around a status neutral theme: Whatever your HIV status, there are options to prevent HIV. Know your options and choose what's best for you," he wrote.

He added that the materials were developed through the division's first-ever virtual production.

"Our campaign participants from across the country represent highly diverse populations, including Black and Latino gay men, heterosexual cisgender Black and Latina women, and transgender people," Daskalakis stated. "These participants did a phenomenal job in becoming their own at-home production crews and the result is a new and vibrant suite of materials created in English and Spanish."

They include information on condoms, PrEP, and PEP. Daskalakis noted that the division is continuously adding new materials across the Together portfolio that address testing, treatment, and stigma.

"Umoja," as the event is called, honors and preserves Black lives by unity, mobilization, outreach, justice, and action.

For the Zoom link and more information, go to https://bit.ly/2YwWxxI

According to an email, the survey will help identify the unmet needs of LGBTQ+ older adults, age 50 and over who live and or work in San Francisco, by collecting data on health challenges and barriers accessing health services during the COVID pandemic. The information from this survey will help guide city policy and government and philanthropic resources to the most pressing health related issues.

The survey is being funded by DAS, Horizons Foundation, and the Bob Ross Foundation.

As the Bay Area Reporter noted in an article last month, the committee has been on hiatus for three years, after quorum problems resulted in it not holding meetings. It is being relaunched this year with a new leadership structure.

The new committee will have 25 seats, including five for elected officials, 10 for executive directors and CEOs, and 10 seats for community members. To afford more flexibility in representation, the advisory committee removed the San Francisco residency requirement, according to a news release.

Interested people can fill out a membership application here. The deadline is Wednesday, February 17, at 5 p.m.