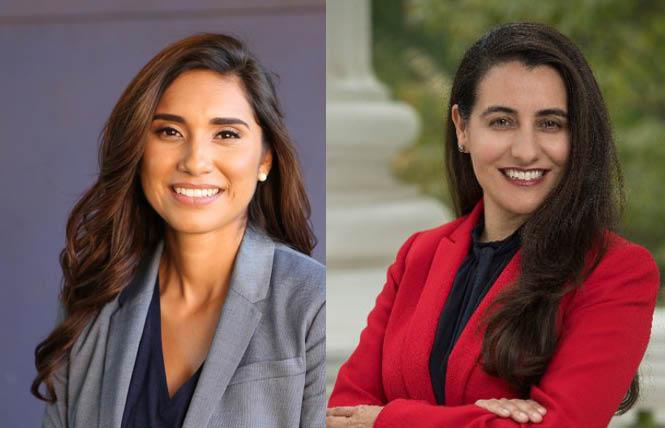 Many state Democratic lawmakers lost points on Equality California's 2020 legislative scorecard for their votes on the LGBTQ youth offender sex registry bill, including Assemblywomen Sabrina Cervantes, a lesbian, and Monique Limón, who both abstained. Photos: Courtesy Cervantes and Limón.

A record number of California Democratic lawmakers were dinged on the 2020 legislative scorecard released by a statewide LGBTQ advocacy organization. Thirty-three Democrats in the state Legislature failed to receive perfect scores last year due to not casting yes votes for LGBTQ bills.

It is the highest number of Democratic legislators falling below a 100% score since 2006. That year, 22 Democrats in the statehouse earned less than perfect scores due to not voting in support of LGBTQ legislation.

Equality California posted its 2020 scorecard to its website Friday, January 15, prior to the Martin Luther King Jr. holiday. EQCA also tweeted out a link to the scorecard that day along with a number of tweets praising various lawmakers who earned perfect scores, among them Assemblyman Chad Meyes (I-Yucca Valley), who left the Republican Party a year ago this month.

While the poor showing by Democrats was not mentioned in any of the tweets, an explanation for why so many failed to garner 100% scores can be found in the message from EQCA Executive Director Rick Chavez Zbur contained on page 2 of the 29-page document.

"Dangerous disinformation about our legislation aimed at ending discrimination against LGBTQ+ young people on California's sex offender registry and the transgender community's bill to address deep disparities in health and well-being caused a number of legislators who have been strong allies in the past to oppose or remain neutral on some of our top legislative priorities," wrote Zbur. "It is always disappointing when elected leaders — especially those who have been consistent allies — fall short of a 100% score."

The scores will impact those lawmakers who file for reelection or seek a higher office in the 2022 primary election when state races will return to the ballot. Under EQCA's endorsement rules, it only considers pro forma endorsements for incumbent lawmakers who earned 100% scores on its two most recent scorecards. The others must seek EQCA's support and explain why they should be endorsed despite their less-than-stellar scorecard showings.

"We appreciate EQCA's efforts to ensure LGTBQ+ legislation remains a priority. The process to progress isn't always a straight line, and some issues are more complex than a letter or number grade," gay Assemblyman Evan Low (D-Campbell) told the Bay Area Reporter in response to a question about the 2020 scorecard results. "Without question, the LGBTQ+ community has more champions up and down the state today than it did nearly two decades ago, and we'll continue to advance wide-ranging policies in an effort to achieve full equality for all."

For the second year in a row Governor Gavin Newsom received a perfect score, despite his vetoing one of the six bills sponsored by EQCA that reached his desk last year. His earning 100% was expected, as the B.A.R. noted in September that EQCA had asked him to veto the legislation, Senate Bill 741, which was aimed at allowing transgender Californians to update their marriage certificates and the birth certificates of their children to accurately reflect their legal name and gender.

It was the first LGBTQ-focused bill to be authored by lesbian former state Senator Cathleen Galgiani (D-Stockton), who was termed out of office last year. After lawmakers had sent the bill to Newsom, state health officials flagged a problem with its implementation they said could inadvertently out trans and nonbinary individuals who sought to update their marriage records.

The bill should be reintroduced this year, according to members of the Legislative LGBTQ Caucus. As for Galgiani, she was one of two of the seven LGBTQ caucus members last year not to earn a perfect score from EQCA.

She received a score of 89%, losing points for abstaining on the vote for SB 145. Authored by gay state Senator Scott Wiener (D-San Francisco), it prevents discrimination against LGBTQ+ youth in sex crime convictions. One of the more controversial LGBTQ bills in recent years, it led to Wiener being subjected to online harassment and death threats from followers of the homophobic discredited QAnon conspiracy theory.

The bill is also why lesbian Assemblywoman Sabrina Cervantes (D-Corona) received a score of 86% on EQCA's 2020 scorecard. Like Galgiani, she lost points for abstaining on a vote on SB 145. Cervantes' office did not respond to the B.A.R.'s request for comment about her score.

A number of the Democratic lawmakers who fell below the 100% threshold did so because of their stance on the controversial bill. Those Assembly members who also abstained were Dr. Joaquin Arambula (D-Fresno); Eduardo Garcia (D-Coachella); Monique Limón (D-Santa Barbara) who is now a state senator; Cottie Petrie-Norris (D-Laguna Beach); Sharon Quirk-Silva (D-Fullerton); and Eloise Reyes (D-San Bernardino).

Several Democratic senators failed to earn perfect scores because they helped kill a bill in committee that would have banned medically unnecessary surgeries on intersex infants. Wiener also authored the legislation and has reintroduced a new version of it this legislative session.

Those who voted no on what was known as SB 201 last year were Senators Bill Dodd (D-Napa), Jerry Hill (D-San Mateo) and Dr. Richard Pan (D-Sacramento). Senator Steve Glazer (D-Orinda), who had chaired the committee, lost points for his abstaining from the vote, a position that lost him EQCA's endorsement in his reelection race last year.

Other bills
As for the other Democratic lawmakers who fell below 100% on the 2020 EQCA scorecard, some did so for abstaining on Assembly Bill 1145 — Assembly members Rebecca Bauer-Kahan (D-Orinda); Jim Cooper (D-Elk Grove); Jim Frazier (D-Fairfield); Adrin Nazarian (D-Van Nuys); and Christy Smith (D-Santa Clarita), who is no longer in office — authored by Assemblywoman Cristina Garcia (D-Bell Gardens). It clarified that people mandated by state law to report child abuse are not required to report specified, voluntary sexual contact in limited circumstances, a change expected to help LGBTQ youth access physical and mental health care services.

Assemblyman Tim Grayson (D-Concord) lost points for abstaining on SB 132 authored by Wiener. It allows trans and nonbinary incarcerated individuals to petition state prison officials to house them in male and female segregated facilities based on their gender identity and not the sex they were assigned at birth.

And Assemblyman Kansen Chu (D-San Jose), who is no longer in office, lost points for abstaining on the vote for Assembly Constitutional Amendment No. 5, which paved the way for the placement of Proposition 16 on the November ballot. Aimed at overturning Prop 209, the ban on affirmative action voters passed in 1996, it ultimately was rejected by a majority of voters in the fall.

As for the other side of the aisle, 27 GOP state lawmakers all earned scores of 33% or less, including newly elected Senate Republican Leader Scott Wilk (R-Santa Clarita), who earned a 33% score. Just two Republican legislators earned scores of 50%: Tom Lackey (R-Palmdale) and Randy Voepel (R-Santee). 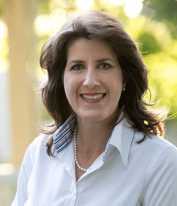