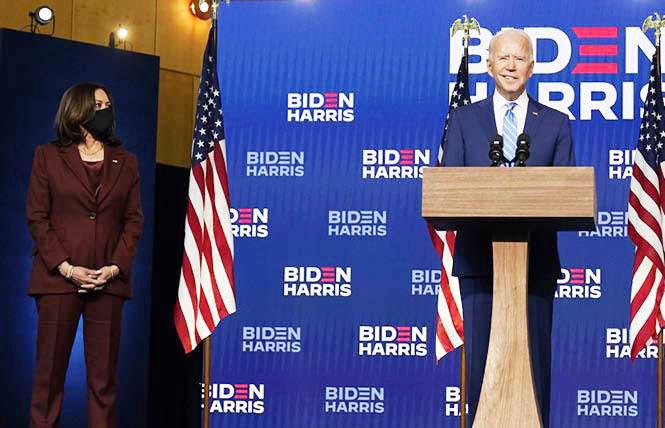 After a mostly dismal 2020, we are more than ready for the new year. The devastating COVID-19 pandemic ruined this year for everyone. The virus killed more than 300,000 people in the U.S. and millions across the country have suffered in the economic shutdown that accompanied stay-at-home orders from public health officials and political leaders. It's apparent now that the attempt to bend the curve of infection rates failed — the curve never did flatten as new cases are skyrocketing in California and the nation. But the end of the year brought good news that two vaccines were approved (others may be on the way) and essential workers began getting their shots. We're looking forward to later next year when the vaccines should be widely available; in the meantime, here are some other things we'd like to see.

Nationally
The best news of 2020 was that President Donald Trump lost his reelection bid and in a few short weeks will be out of the White House. President-elect Joe Biden and Vice President-elect Kamala Harris have their work cut out for them though, because on his way out the door Trump is sabotaging democracy with his baseless claims of election fraud. Trump has not drained the swamp, as he famously proclaimed he would do. Rather, on his watch it has overflowed with corruption, nepotism, and lies. So many lies. However, come January 20 it will be a new day when Biden and Harris are inaugurated. We can't wait.

And we'd like to see Biden sitting behind the Resolute desk that day with a stack of executive orders to rid the country of the racist, xenophobic, and transphobic policies that Trump had signed. Biden said that on Day 1 he will sign an order readmitting the U.S. into the Paris climate accord, but there are so many other issues that require reversal like the transgender military ban, various travel bans, and other immigration policies.

Once Biden takes office, we'd like the Senate to swiftly confirm his cabinet nominees. There has been a long-standing tradition to do just that, though decorum has been largely upended over the last four years. Biden's nominations so far all deserve to be confirmed so they can begin working in the various federal offices and get the country back on track — that includes an adherence to science regarding COVID-19 and economic help for small businesses, public transportation, and public schools.

Most of all, we want to see a pair of Democratic wins in next month's Georgia Senate runoff races so that the party will control that chamber. 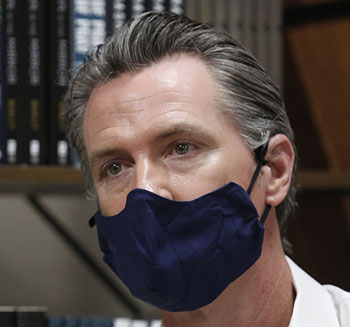 Statewide
Governor Gavin Newsom has tapped San Francisco Health Officer Dr. Tomás Aragón to lead one of the state's most problematic agencies, the California Department of Public Health. His start date can't come soon enough. CDPH is mired in bureaucracy to the point that it is unable to properly function. The latest fiasco concerns the pandemic as CDPH is just now starting to include sexual orientation and gender identity data for those who test positive for COVID-19. It should have been collecting this data months ago. Gay state Senator Scott Wiener (D-San Francisco) has called for an audit, but that likely won't happen until well into 2021. In the meantime, Aragón and his staff need to do a better job communicating with the media and implementing laws like Senate Bill 932 concerning SOGI data. 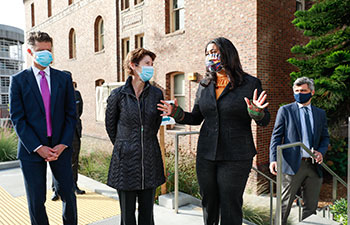 San Francisco
We know the city faces financial challenges in the years ahead, yet San Francisco leaders must ramp up Mental Health SF and get the program started. A compromise between the mayor and Board of Supervisors meant that the plan did not need to go before voters and now is the time for the city to hire more social workers and other mental health professionals. Some of the money might come from the millions of dollars being redirected from the police department. Mental health workers should be accompanying SFPD officers on calls that involve potential mental health issues because the department must reduce officer-involved shooting incidents and emphasize de-escalation techniques when handling such calls.

Regarding SFPD's internal policies, we'd like to see the department quickly adopt explicit prohibitions against misgendering trans personnel. We reported last week on a $150,000 settlement agreement to a trans sergeant that also included developing such a policy. It's frustrating that even in 2020, Sergeant Flint Paul was subjected to years of misgendering, including over the police radio. The San Francisco Police Officers Association needs to get on board with this; the powerful union is led by a gay man, Tony Montoya. Montoya should demand zero tolerance for this egregious behavior that Paul endured.

General
Let 2021 be the year that politicians adhere to their own mandates.

A lump of coal to Newsom, San Francisco Mayor London Breed, and San Jose Mayor Sam Liccardo for practicing "Do as I say, not as I do" in November. Newsom and Breed dined at the fancy French Laundry with people not in their household (a day apart) while Liccardo had Thanksgiving with family members who are not part of his household. (All three apologized.) Didn't they realize how bad the optics would be? Apparently not. More importantly, their irresponsible actions wiped out months of public support for sheltering in place. We must continue to wear face coverings and maintain distance even as people begin getting vaccinated. Political leaders must lead by example.