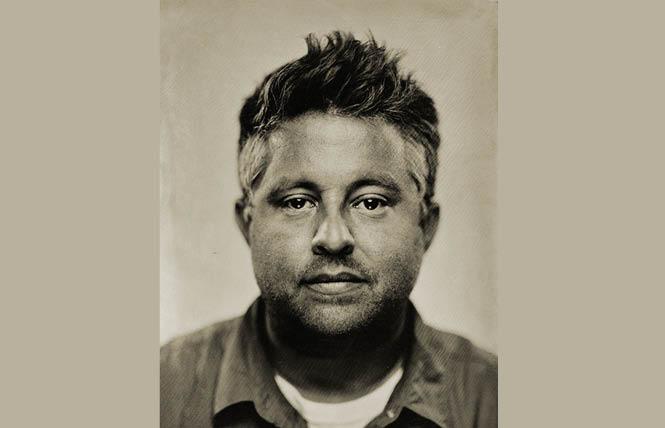 Matthew Goudeau, a gay man who led San Francisco's Grants for the Arts program, announced last month that he left his position for a job outside city government.

In an email to stakeholders, Goudeau stated that he enjoyed working with the various arts organizations throughout his 20 years working for the city.

Goudeau started as director of Grants for the Arts in February 2019. In that capacity, he oversaw the distribution of millions of dollars to San Francisco arts organizations, including many LGBTQ groups.

Prior to the Grants for the Arts position, Goudeau worked for many years in the San Francisco protocol department.

Goudeau told the B.A.R. that he was proud of his work.

"I have thoroughly enjoyed my time at Grants for the Arts and have been privileged to be part of its tremendous growth, both in terms of impact and accountability," he stated. "With the support of a dedicated staff and advisory panel, I was able to make some bold, innovative moves for measurable change at the agency in terms of equity, vibrancy, and transparency. Endlessly inspired by the creativity of artists of all types, it has been a labor of love these nearly two years to administer a grant program that gives San Francisco's residents and visitors the chance to enjoy the great richness of our community's art, ideas, and culture. I am grateful to live in a city with an unparalleled commitment to public support for art."

Goudeau said that he will start work at a private philanthropic initiative next year.

Roberto Isaac Ordeñana, a gay man who is president of the San Francisco Arts Commission, said Goudeau was a "great public servant, advocate, and ambassador."

"The San Francisco Arts Commission worked with Matthew for years when he was at the Office of Protocol — from our Sister City Cultural Exchange program to San Francisco's participation in the World Cities Culture Forum," he stated. "When he took the helm at Grants for the Arts, our collaboration deepened as we worked to get Mayor London Breed's COVID Relief Funds for the arts out in the community at breakneck speed to help sustain our hard-hit sector; on ensuring Prop E dollars for the arts sector were distributed in alignment with the community's stated priorities; and as we worked to streamline the backend of the city's arts grantmaking to be more accessible, especially for under-resourced and historically marginalized communities and artists."

Breed recently announced that she has appointed Ralph Remington, a straight man, as the new director of cultural affairs. He is expected to start the post in January.

Updated, 12/9/20: This article has been updated with comments from the arts commission president.