Out in the Bay: Stress coping tips and learning from Trump's erratic behavior 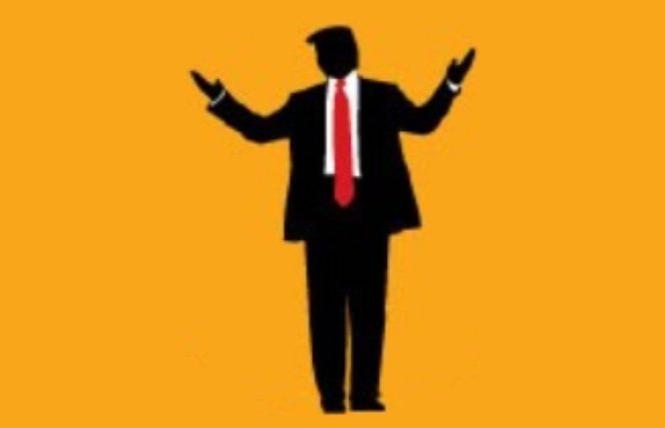 As Dr. John Kruse, author of "Recognizing Adult ADHD: What Donald Trump Can Teach Us About Attention Deficit Hyperactivity Disorder," put it, 2020 is a "sad and scary year."

On this week's Out in the Bay-Queer Radio, Kruse, a gay psychiatrist and neuroscience Ph.D. in San Francisco, offers stress-reduction tips and helps demystify some of Trump's erratic behavior.

A key tip: "Treat media like a medication. Too much of it can be an overdose," advises Kruse. While it's good to be informed, he says resist doomscrolling and getting bogged down in analysis and projections.

As our society gets more ADHD-like, we "are scrambling at a superficial level to chase information," most of which he says is chatter. "Who's going to win the Georgia [U.S. Senate runoff] elections? What are the implications for Mitch McConnell? Blah, blah, blah, blah," Kruse says.

Kruse says he wrote his book not to put down Trump — noting that Biden also displays some ADHD symptoms — but to use his prominent example to draw attention to ADHD and its devastating effects.

From his dismissiveness of early warnings to "problems with organization, structuring his response and prioritizing," Trump's poor COVID-19 response was driven by typical ADHD behaviors and "clearly led to tens of thousands of people dying," Kruse says.

Kruse knows many blame Trump's behavior on extreme narcissism. "I'm not saying he doesn't have narcissism," but without an in-person assessment, "that's a judgment call," he said. ADHD is based on observable behaviors evident in tweets, news conferences, and other public actions, says Kruse. "If you don't get the ADHD component, [Trump] is completely baffling."

Kruse hopes his book leads some of the millions of undiagnosed ADHD sufferers, their friends or relatives to recognize their condition.

If untreated, "kids with ADHD, on average, die 10 years earlier than their non-ADHD peers," he says. In adults, ADHD "disrupts careers, education, and relationships."

Kruse, a psychiatrist for three decades, specializes in ADHD. He has spoken at psychiatry conferences about same-sex marriage, LGBTQ families, and the biology of emotions.

Hear more from Kruse on this week's Out in the Bay-Queer Radio from San Francisco. The program re-airs at 9:30 a.m. Saturday, November 21, on KSFP Radio, 102.5 FM in San Francisco only, and is available anytime on Out in the Bay's website.