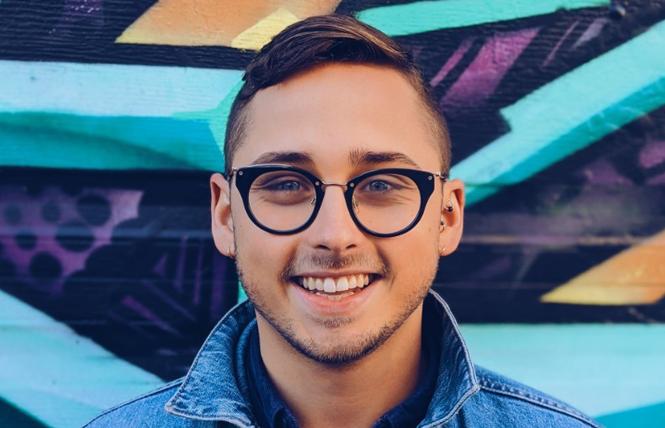 The Pacific Center for Human Growth in Berkeley — the oldest LGBTQ community center in the Bay Area and in California, and the third oldest in the United States — is looking for a new executive director after experiencing turnover in that position.

The position was posted to LinkedIn October 14.

Gonzalez resigned in July, after less than a year in the post.

"Michelle left to pursue other opportunities," Chris Wyman, a gay man who sits on the center's board of directors, told the B.A.R. October 12.

After that, Taunya Black stepped in as interim executive director, but recently decided to return to her previous role as director of diversity, equity, and inclusion, the board stated in a late September news release.

"Taunya opted not to stay on as interim. It all goes to people choosing to opt for other professional opportunities," Wyman said.

During the months of her tenure, Black led the center in updating its mission statement, finalizing the budget for this fiscal year and securing a $10,000 grant from Horizons Foundation.

Wyman said that the center will go without an executive director until a new one can be selected, hopefully by the end of 2020.

"Right now the board of directors with our leadership team are working in partnership," Wyman said. "Each has full oversight over their programs. We are lucky to have a wealth of knowledge in the leadership team," which includes Black, Anne Mitchell, and Erin Harrell, PsyD.

Wyman said that "all have been with the center for some time and we are grateful for that."

Wyman said that the job of executive director comes with "big shoes to fill."

"We are hoping to have someone that takes the reins and carries the legacy on," he said. "A passion for the mission. We are in the middle of a mental health crisis. In late June a CDC study showed 40% of adults were having substance abuse or mental health issues. We need someone who every day wakes up to make things better for folks and who knows how to help."

Gabrielle Hooks, a queer woman who became the newest member of the board of directors this summer, said the three most important things are "a passion for the mission, commitment to community, and ambition."

"Our next executive director must be committed to building those partnerships with staff, the board, and of course, the public," Hooks said.

The Pacific Center's physical space remains closed due to COVID-19. Nonetheless, many of its services are being provided virtually, including counseling services, peer group meetings, and therapy sessions.

"Normally we would be having this meeting in person," Wyman said of the interview. "The same goes for the services we provide. Shelter-in-place has accelerated telemedicine and right now we are continuing to meet virtually and offer our mental health services virtually. I don't see a world in the future where we don't offer that."

Hooks said that while in-person care is important, the virtual move is expanding the opportunities for the center.

"All of this extended access has expanded how we offer care and where people receive that care," she said.

The Pacific Center's total budget in 2018-19 fiscal year, the most recent numbers publicly available, was about $1 million.