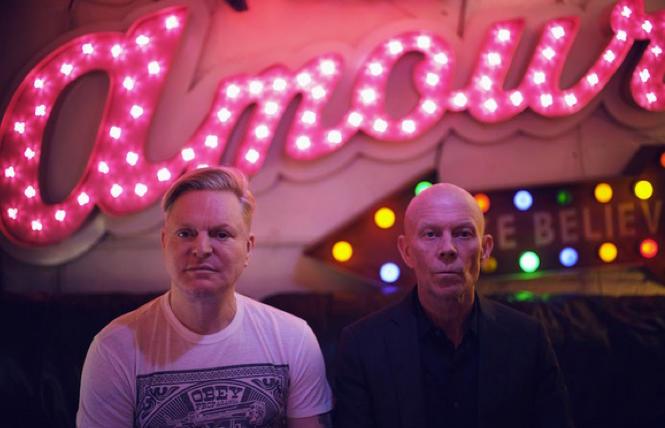 Andy Bell, of Erasure, is the grand dame of this playlist. The vocal half of the electronic dance-pop duo (alongside the quieter multi-instrumentalist Vince Clarke) now in its 35th year, the unabashedly gay Bell can still stir up all the feels with his powerful and emotive voice.

The Neon (Mute), the twosome's 18th album, arrives a few years after the politically-influenced World Be Gone (and its orchestrally reimagined follow-up World Beyond), feels more personal, especially on songs such as "Nerves of Steel," "Tower of Love," "No Point in Tripping," "Careful What I Try to Do" and the ballad "New Horizons."

While it lacks the zing of The Violet Flame, Erasure's best album of the 2010s, The Neon still offers enough glow to make it worth adding to your music library. If you can pop for the limited edition CD, you won't be disappointed by the colorful artwork and the 12-page booklet including lyrics. 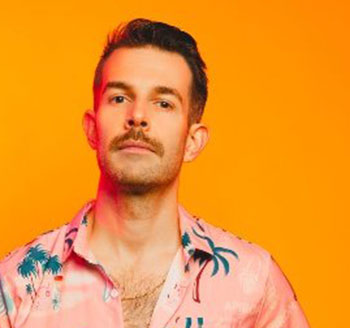 Bell is also an audible presence on the song "Good At Goodbyes" from Fun City (YSKWN/MRI Entertainment), the latest full-length by Bright Light Bright Light (aka Rod Thomas). Bell's not the only high-profile queer artist enlisted by Bright Light Bright Light. The legendary Justin Vivian Bond can be heard on "Saying Goodbye Is Exhausting" (notice a pattern?). That's the sensational Jake Shears on "Sensation," gay rapper Big Dipper on "Love Song" and Sam Sparro on "You Make It So Easy, Don't You."

A majority of the tracks on the ironically-titled Fun City (as many of the songs are about breakups), are geared towards club play and dancing, therefore it's not all that surprising that original Madonna backing vocalists Donna DeLory and Niki Haris can be heard on the banger "This Was My House." 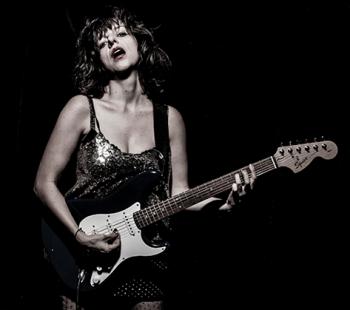 A queer concept album or "coming-of-age radio musical," Postcards From the Rearview Mirror (Ert Records) /by multi-hyphenate Sabrina Chap (musician, slam poet, burlesque performer, playwright) features ten songs interwoven with the spoken messages on nine postcards. Telling the story of a pair of queer teens who hit the road to escape their oppressive home lives and head for the promise of a new beginning in Los Angeles, the construct of the album allows Chap to draw on her various influences.

Electronic beats propel Hype Nostalgia (Carpark), the new album by Rituals of Mine, too. Following a series of name changes and formerly being a duo (for its 2016 major label debut), Rituals of Mine is now the work of Terra Lopez. Featuring forward-thinking R&B-oriented numbers such as the queer personal statement of "Come Around Me" ("None of this fake shit, when you come around me" and "Now that you hear this, will you come around me?"), the erotic undercurrent of "Reflex," and "222," with its lyric about being "stuck in a year" (a near-perfect description of 2020), as well as the dramatic ballad "The Last Wave," invite listeners to believe the hype. 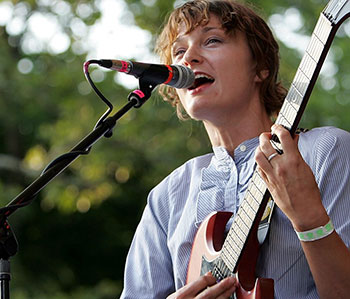 Said to be inspired by Canadian band Land of Talk's lead vocalist Elizabeth Powell's coming out as a non-binary femme, the songs on Indistinct Conversations (Saddle Creek), would still be just as compelling. Songs such as "The Weight of That Weekend," "Love in 2 Stages," "Now You Want to Live in the Light," "A/B Futures" and "Footnotes" rank among the album's best tracks. 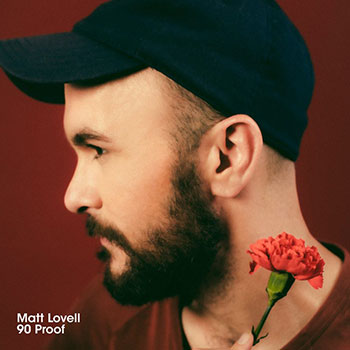 Recorded in late 2016, but not released until 2020, Nobody Cries Today (mattlovellnusic.com) the brilliant debut by Southern gay singer/songwriter Matt Lovell was well worth the wait. The reason for the delay? In early 2017, Lovell was carjacked and shot in the chest at point-blank range. Fortunately, he was able to get help, but he spent the next few years recovering from PTSD.

Thankfully, Lovell has released this stunning album and we are all the better for it. In possession of a powerful and expressive set of pipes, Lovell delivers a set of original, soulful and country-influenced tunes that are worthy of repeated listens. Knockout tracks include "90 Proof," "Be Free," "Alligator Lily," "The Way That It Was," and a pair of duets with Leigh Nash (really?) — "The Gospel" and "Dime Adios." 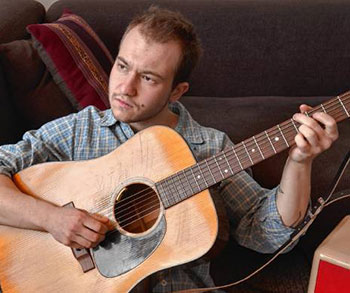 Father is the debut album by trans singer/songwriter Izzy Heltai. Heltai's powerful voice, which at times recalls Jeff Buckley, goes a long way in giving his songs the necessary passion to convey their messages to listeners. This is especially true of the songs "Marching Song," "To Talk About Yourself," "Songbird" and "Anyone to Anybody."

Fittingly for the times in which we live, all-female three-piece punk band Ladyshark takes a more politically-oriented approach on its new album Good Stuff (ladysharkband.com). From the nervous honesty of "Coalesce" to the call to "get along with each other" on "Machine Wash" to the musical spotlight aimed at "Rich White Boys", Ladyshark is here to leave its (teeth)mark. 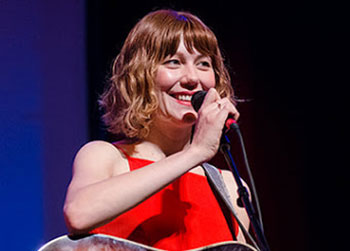 Where would we be without cherished allies such as Molly Tuttle and Lydia Loveless? Tuttle, who has performed as a supportive ally at events such as Porch Pride: A Bluegrass Pride Queer-antine Festival, performs her rendition of the late, gay music legend Arthur Russell's "A Little Lost" on her new covers album But I'd Rather Be With You (Compass). Tuttle also sings songs by Karen Dalton, FKA Twigs, Harry Styles, The National and Yeah Yeah Yeahs to mention a few. 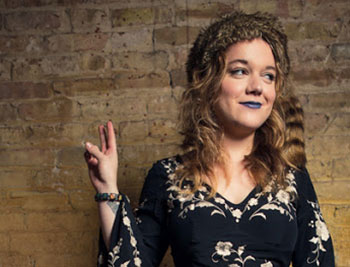 On "September," from her new album Daughter (Honey, You're Gonna Be Late), Loveless is joined by trans and rock icon Laura Jane Grace (of Against Me! Fame). The pairing of Loveless, whose voice is reminiscent of Neko Case during her alt-country early days, and Grace's distinctive vocals backing her, give the piano and cello-driven ballad a greater emotional weight.