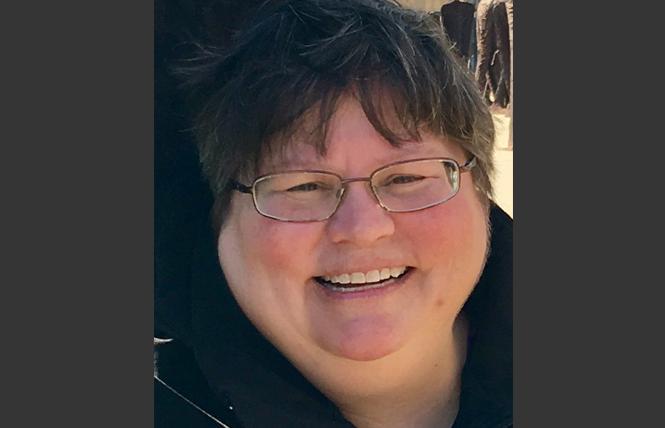 Chicago's award-winning LGBT newspaper, Windy City Times, announced Wednesday that its presses will stop at the end of the month, when the publication will move to a digital-only format.

While the move will greatly reduce the paper's editorial content, executive editor Andrew Davis wrote in an email to the Bay Area Reporter, "Windy City Times will certainly endeavor to continue reporting on what's happening with the LGBTQ+ community and to have those individuals' voices heard."

According to Davis, WCT's website (www.windycitytimes.com) will continue. Three staffers were furloughed, while two will remain part-time to update the website and handle other business matters.

In a prepared statement, founder and majority owner Tracy Baim said the September 30 edition, which marks the paper's 35th anniversary, will be its last regular free-standing print issue.

Baim, who founded the paper with three others in 1985, took over the reins at Chicago's longtime alternative newspaper, the Reader, in 2018, when she stepped away from everyday duties. Her longtime staff took over WCT, including publisher Terri Klinsky, Davis, and managing editor Matt Simonette.

"I am very sad to see the print edition go away," said Baim. "Our staff, freelancers, and drivers have given so much to Windy City Times over the years. I thank the team for really working hard to sustain WCT. Hundreds of people worked at, and supported, this company through so many difficult times. Windy City Times is not closing, but losing the print paper is painful. We know many people prefer the print model, but the economics are just not sustainable."

"Windy City Times, which is among only about two-dozen weekly or biweekly LGBTQ newspapers left in the U.S., has tried to hold on to print during the decline in advertising and support of newspapers in recent years, but COVID-19 and its impact on the paper's core entertainment advertisers meant continuing a print paper was not tenable," Baim wrote in a news release.

Windy City Times will be inducted into the Chicago LGBT Hall of Fame in October.

Commenting on the issues facing newspapers today, B.A.R. publisher Michael Yamashita said in a statement, "The economic shutdown has presented an existential challenge to many industries, and just the latest one to news publishers. I'm concerned that one of this country's legacy LGBTQ community newspapers is going online-only, but perhaps there may be lessons to learn. Online traffic to news sites has exploded so maybe this is the time to make that transition. Now, if someone can just solve the problem of monetizing the increased numbers, we'd all be happier."