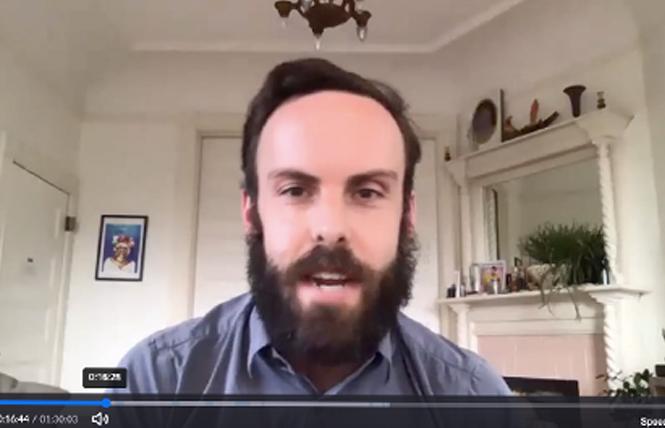 City College of San Francisco will launch a two-year associate of arts degree program in cannabis studies next spring, which it says is the first of its kind in the nation.

For now, students can take electives this fall before the required courses start next year. Classes are online now and will return to in-person offerings when public health guidelines allow.

At an online open house Jennifer Dawgert-Carlin, chairman of the Behavioral Sciences Department, which is offering the cannabis degree program, said it will not only target students who want to learn more about pot, but also people already working in the industry who want to increase their knowledge and skills.

To obtain the AA degree, students will be required to take three three-unit classes: introduction to cannabis, anthropology of cannabis, and psychology of psychoactive drugs. Students will study cannabis as it relates to crime, race, income, business, revolution, religion, and world history. They can also choose from other classes on such subjects as criminal justice, drug wars, and religion.

According to Dawgert-Carlin, who identifies as queer, the program has been under development for several years. Faculty were encouraged about the need for the program when 80% of respondents to a local survey said they'd be interested in learning more about pot.
Two years ago, as this column reported, the college began offering cannabis workshops that focused on cannabis 101, ethical issues, and cannabis as medicine.

Staff who examined programming at other educational institutions across the country noticed that they often focused on cannabis as a single-use product, such as the chemistry or botany of the plant, or the business side of the product.

"We felt we had something to add that we didn't see in any other academic programs," Dawgert-Carlin said. "We wanted to add the perspectives from psychology to better understand human behavior in regard to cannabis use.

"Cannabis allows us to gain understanding into the human historic experience of intersecting identities," such as race, gender, immigration status, social class, and many others, she added.

Dawgert-Carlin said she first became politicized about cannabis as a young psychotherapist working in the San Francisco county jails in the early 1990s.

"I saw in raw form the disproportionate and racist impact of policing policies" she said, since almost all of her clients had been arrested for "drug crimes ... all of them at 16th and Mission." Many more were being held for violating their probation after testing positive for cannabis exposure, she said.

Dawgert-Carlin said she "witnessed the intergenerational trauma of those policies on children and families as people were caged for non-violent behaviors — behaviors that those people who look like me or who lived in different neighborhood committed without the same repercussions."

"Instead," she said, "we binged on Doritos and watched 'Fast Times at Ridgemont High' while other people's children were removed from their families and placed in a system that created cycles of trauma and despair."

The City College program integrates three behavioral sciences disciplines into required courses: anthropology, psychology, and sociology with electives from other areas such as health, Latin American and Latino studies, administration of justice; soon the college will add cinema and communication studies.

The program would be an option for people interested in behavioral sciences but haven't really found their place in a specific program. Graduates of the program could possibly go on to study or work at one of the cannabis research institutes in the UC system or go on to get a four-year degree in one of the behavioral sciences with cannabis as a specialized background.

Tom Temprano, a gay man who's vice president of City College's Board of Trustees, championed development of the new program. He said San Francisco "has been at the intersection of cannabis and social justice" for many years.

Temprano, whose day job is working as a legislative aide for gay District 8 Supervisor Rafael Mandelman, pointed out that the movement for medical marijuana started in the Castro at the height of the AIDS epidemic.

"Access to medical cannabis was about surviving and staying alive," he said.

The new program, said Temprano, is "an important and huge first step in an ever expanding cannabis curriculum" at City College. The program plans to partner with the city's Office of Cannabis as well as industry leaders "who hire our students and who hire folks from black and brown communities and who are themselves from those communities," he said.

While the degree program will not begin until next year, San Francisco students can take classes through the Free City College Program beginning this fall. For further information on the new program, visit the cannabis studies department website.