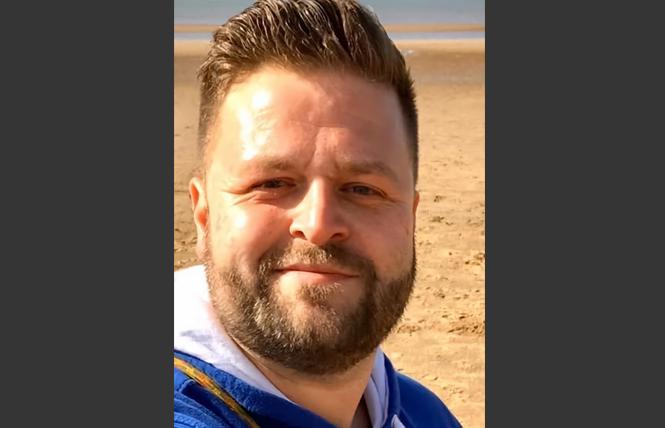 International Gay Rugby says a proposal to bar participation of transgender women from playing in women's rugby would harm the inclusivity of recreational clubs and called for an immediate rejection of the proposal.

"In general, the proposal seeks to implement an irrational standard without suitable research," International Gay Rugby said in an email to membership and supporters Monday. "These guidelines, geared toward elite rugby players, will significantly affect amateur rugby players, who comprise the overwhelming majority of rugby participants in the world."

The policy that already exists in World Rugby is more restrictive than the guidelines set by the International Olympic Committee. IOC policy recommends transgender women with a testosterone blood level of less than 10 nanomoles per liter be allowed to play; current rugby policy restricts that to just half that level, 5 nanomoles per liter.

As of press time, the proposal, which is being sent to rugby unions around the world for review and comment, has not been published publicly but was leaked to the Guardian. The newspaper described the policy as a 38-page document that asserts that the IOC policy allowing transgender women to play in women's sports if they lower their testosterone levels for a year in advance of play "are not suitable for the purpose" of playing rugby.

"This is yet another attack on the rights and dignity of trans women athletes," Gender Justice legal director Jess Braverman told the Bay Area Reporter. "The sudden concern over the hypothetical weight and size of solely transgender women players is not an attempt to make anyone feel safer in the sport of rugby; it is a thinly veiled attempt to codify transphobia."

No documentation has been submitted that a problem even exists in the sport under current restrictions.

"Sport policy governing the participation of trans athletes is patchwork and often based in science that is cherry-picked and misinterpreted for the sole purpose of excluding transgender athletes," said Anne Lieberman, policy and programs director for Athlete Ally. "The idea that the science is somehow air tight or definitive is simply inaccurate; if it were, we would have uncontested and uniform policies. Targeting trans athletes is a distraction and only meant to dehumanize trans people in another important area of life. What we should be focusing on are the real inequalities in sport, like equal pay, abuse and lack of women coaches and leadership."

The proposed policy would appear to violate an existing agreement between IGR and World Rugby. The two organizations signed a memorandum of understanding in 2015 to work together to reduce barriers to the participation of transgender athletes, and last year wrote a transgender policy that followed IOC guidelines and specifically permitted the inclusion of transgender athletes to play in the gender divisions consistent with their identities. Under that policy, transgender women who have submitted proof of their identity and continuously acceptable testosterone levels for at least one year may play in women's competition.

"International Gay Rugby therefore calls on World Rugby to immediately repudiate and disavow the proposed change in policy which goes against the principles of the 2018 agreement — an agreement that was brought about after an inclusive planning process involving Megan Anyadwe and Verity Carl Smith, who represented IGR," the organization said in its statement. "We also call on World Rugby to recommit themselves to the existing agreement and to move forward with International Gay Rugby as full partners."

The more restrictive draft policy stemmed from a later February meeting of stakeholders and advocates, including one group, Fair Play for Women, that entered the discussions with a history of working to bar transgender women from participation in women's sports.

"It is disheartening to see a sport that has made recent strides to support the LGBTQ community consider an anti-transgender policy that is so harmful and unjustifiable," Asaf Orr, an attorney and transgender youth policy director with the National Center for Lesbian Rights, told the B.A.R. "We hope that World Rugby follows the lead of many other sports governing bodies and develop a policy that welcomes transgender women into the sport while having reasonable evidence-based regulations that ensure rugby remains a fair, fun, and safe sport for all."

World Rugby reportedly said the draft policy was based on the "latest science" indicating that transgender women in general retain inherent physical advantages over cisgender athletes that would create safety concerns.

But IGR said the draft policy "is based on studies of transgender people who have athletic training that is not specific to rugby experience."

Karl Ainscough-Gates, head of IGR, said, "It's very surprising to see the restrictive turn that this review of the guidelines has taken, especially with the lack of research that has been conducted. Rugby has always been a sporting role model for diversity and inclusion. We will be working with World Rugby to uphold those commitments and ensure that rugby remains a welcoming and open environment to transgender athletes."

Back when World Rugby was staging its discussion on transgender policy, Smith, a transgender man who had started his rugby career as a biological female before transitioning, told the organization inclusion did not introduce new or increased physical safety issues.

"I don't think it's dangerous," Smith said at the time. "Sport is for everybody. I've had to play women over a foot taller than me. I've had to play women a lot bigger size-wise than me. So why would it be a danger? We all go into sport, rugby especially, knowing that it's a contact sport. When you go into international games, look at your scrum half, look at your front row, over a foot and a half difference sometimes."

Unions have been given a month to respond to the proposal, which is scheduled for a vote in November.

World Rugby said it would fund research to work toward transgender inclusion and would continue to encourage transgender involvement.

The proposal suggests a "mixed-gender" category might be created, which apparently would be a form of touch rugby rather than tackle. That's a move IGR opposes.

"IGR is firmly opposed to any measures based on a fundamentally flawed 'separate but equal' principle that would exclude transgender athletes from playing contact rugby," the organization said in its statement. "We will continue to actively work to keep transgender athletes' boots on the pitch."

But the group says it is encouraged by World Rugby's commitment to research.

"There is no rugby-specific research that exists," Ainscough-Gates said. "That is a widely known fact. This research needs to take place as soon as possible, then the review conducted on the basis of the results. IGR is pleased that World Rugby has committed to funding this research as a top priority."

World Rugby officials did not respond to a request for comment.