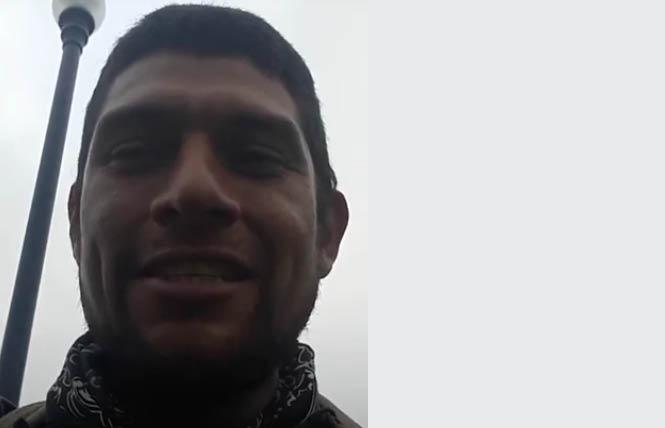 Triball Zero, as seen in a video he posted to YouTube, remains in custody in San Francisco County jail. Photo: YouTube

A man who repeatedly slipped through the system and has been accused of attacking people in the Castro remains in custody in San Francisco County jail, following a preliminary hearing July 15 in connection with unrelated charges stemming from an alleged attack on a family.

San Francisco Superior Court Judge Rita F. Lin concluded that there was probable cause to believe the crime was committed by the defendant, Triball Zero. He is being held without bond.

Zero, 37, did not list an address but is believed to have lived on the streets in the Castro, according to several people who know him.

The San Francisco District Attorney's office said it was pleased with the judge's decision.

"The district attorney filed very serious charges and the judge found that there was sufficient evidence to hold him to answer on those charges at the preliminary hearing," DA spokesman Alex Bastian stated. "We also filed a motion to detain Mr. Zero without bail and the judge granted that motion as well."

During the preliminary hearing, Zero pleaded not guilty to charges of robbery, battery, assault with a deadly weapon, and child endangerment stemming from an attack on a family in a park in San Francisco on June 28. The hearing was held to determine if there is enough evidence to hold the defendant over for trial.

As the B.A.R. previously reported, Zero had been accused of assaulting and harassing people in the Castro. He has not been charged in those cases.

"I am relieved for the neighborhood and hopeful [the defendant] will get the care he needs," gay District 8 Supervisor Rafael Mandelman told the B.A.R. in a telephone interview following the preliminary hearing.

Mandelman and his aide, Tom Temprano, helped get four people to write letters to the court about alleged harassment they endured from Zero.

"I hope we can play a helpful role in making sure people are heard so that the court understands the overall impact a defendant has made on people within our community," Mandelman said.

One of those alleged victims, Zack Karlsson, said that he was attacked in broad daylight in February. He expressed relief at Lin's decision.

"This is the right first step for everyone involved," he wrote in an email to the B.A.R. following the hearing. "It's just a shame more people had to suffer before someone was injured severely enough to spur intervention." 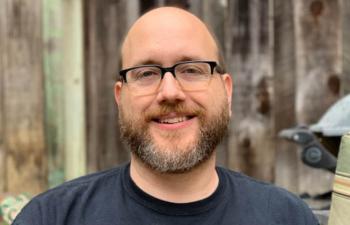 Letter to judge
In a letter he submitted to Lin, Karlsson, a five-year Castro resident, wrote: "There are many people who pass before you that I am sure deserve mercy in the pursuit of justice; the man who stands before you today is not one of them.

"I can't speak to other neighborhoods, but we have a lot of unhoused people in the Castro. Most live peacefully with the community," he wrote. "Yes, there are challenges, but we are all just trying to get by, and most people understand that. But some communities are plagued with a bad actor or two. He is one of our bad actors."

In his letter, Karlsson told the judge that Zero has "terrorized an entire community for months."

"His violent and typically random outbursts are only unusual in that it's astonishing he hasn't killed someone yet," he wrote. "Since the article in the B.A.R. ran, I've been contacted by multiple victims who also have been assaulted by this man; information we have now passed to the district attorney's office.

"He is a danger to himself and a repeated and demonstrated danger to the community," Karlsson wrote.

The incident involving Karlsson occurred as he walked down 18th and arrived at the Castro rainbow crosswalks on a busy afternoon February 8. Seemingly out of nowhere, Karlsson felt "a searing pain" on the side of his head.

"It felt like I was hit by a two-by-four," he said in a recent interview. His head spinning, Karlsson pulled himself together and asked the handful of people at the bus stop if any of them saw what had just happened to him.

Half a dozen people nodded yes ("But not a single one asked me if I needed help," he said), while two men continued to walk away, screaming and swearing at Karlsson. Karlsson followed them and pulled out his cellphone to capture images of his alleged attackers. Karlsson called 911 and police "showed up almost immediately," he said.

Much to Karlsson's surprise, one of the men, whom Karlsson identified as Zero, seemed to confess to the cops immediately. "I'm the one you're looking for. Just give me the battery citation and fuck off," Karlsson said the suspect told police. The man identified himself, according to the police, listing his address and phone as unknown.

Police explained that in order for them to issue a citation, Karlsson would have to fill out the paperwork to make a citizen's arrest, which he did.

As he walked the few blocks back to his home, Karlsson said to himself, "That was too easy. Cops show up immediately, guy confesses, fill out paperwork, done."

After a number of back and forth phone conversations while the case sat on the desk of an assistant district attorney, Karlsson learned in June that the district attorney's office dropped the charge.

Bastian previously told the B.A.R. that he was not at liberty to discuss Karlsson's case.

"I can only tell you that in order to charge," the district attorney must believe that a San Francisco jury would be able to prove beyond a reasonable doubt that the suspect was guilty, he said.

Mia Simmans, the manager of the Castro Farmers Market, also sent a letter to the judge.

"Triball has consistently disrupted the Farmers' Market, terrorizing customers (and children), as well as the vendors and the local shops along Noe Street," she wrote, according to a statement she emailed to the B.A.R. "He has come after me several times, blocking my way, screaming into my face at close range (without a face covering), and feinting blows at my face (without connecting)."

Simmans wrote that she recently was granted a temporary restraining order against Zero.

"He has also waited for the market to close after dark and for everyone to leave, and then come to aggressively harass me," Simmans wrote. "He has harassed the vendors, handled and destroyed produce, and broken all of our health and safety protocols, as well as prevented vendors from driving through the market after unloading.

As Karlsson told the B.A.R. in its earlier story, he wrote in his letter that Zero needs wraparound services and "needs to be compelled to get them with follow-up to make sure he sticks with it."

In June, Mandelman held a hearing about getting help for mentally ill people in his district. Karlsson was one of those who testified.

At the hearing, Mandelman also voiced his frustration that the conservatorship program — a program under a new state law — had gotten off to such a slow start.

The next court hearing is scheduled for July 29.

Updated, 7/16/20: This article has been updated with a comment from the DA's office and from the manager of the Castro Farmers Market.