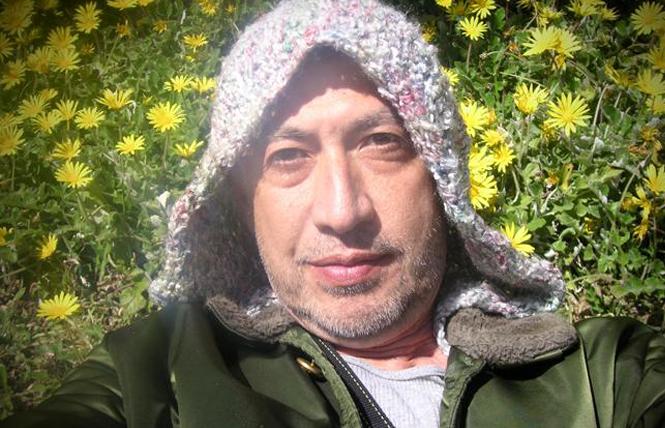 At the last two global AIDS conferences, hosted in Amsterdam in 2018 and Durban, South Africa in 2016, long-term survivors of HIV and AIDS who attended noticed a glaring omission in the programs: themselves.

Despite estimates that at least 7.5 million people 50 years of age or older are living with HIV, the unique needs and concerns of long-term survivors were missing from the discussion taking place at the official conference. Two years ago there was some focus paid to long-term survivors within the conference's Global Village program.

"When I went to Africa for the International AIDS Conference and the one after that in Amsterdam, I was amazed not even one workshop was talking about growing older with HIV or the HIV long-term survivors," said Jesus Guillen, 60, who has been living with HIV for 36 years and founded the online HIV Long Term Survivors Group about seven years ago to provide a sense of connection and community for people aging with the disease.

As the Bay Area Reporter has noted for years, San Francisco's HIV population has been rapidly aging due to the advancement of HIV and AIDS care. In 2018, 67% of people living with HIV in San Francisco were over age 50, including 30% who were over 60. People over 50 accounted for 13% of new diagnoses, according to the city's latest HIV epidemiology report.

After it was decided San Francisco and Oakland would co-host the 2020 iteration of the global confab, Guillen, who chairs the San Francisco HIV and Aging workgroup for the city's health department, was determined to see that the needs of long-term survivors were given prominence during the gathering.

"We also still have stories, have so much to share," said Guillen. "Part of the problem many people have complained about the International AIDS Conference is that they don't focus many times on advocates and activists. They focus on the scientific side of it."

San Francisco resident Hank Trout, the senior editor of A&U: America's AIDS Magazine, also felt it was important that this year's conference not overlook people like himself. At age 67, he has lived with HIV for nearly half his life, having been diagnosed in 1989.

At a meeting last summer that local conference organizers hosted with community members, Trout recalled that he "very strongly suggested — I won't say I was belligerent — there better be something for long-term survivors. It does no good to be violent, but if you are not loud nobody hears you."

Their demands to be prominently featured didn't fall on deaf ears, as one of the prime sessions at this year's conference will focus on the unique issues confronting long-term survivors of HIV. The plenary session, titled "Growing up and growing old with HIV: Health implications and evolving care needs," will take place from 5 to 6 p.m. Tuesday, July 7.

Moderating the discussion will be Reena Rajasuriar, Ph.D., who coordinates the translational research program in HIV immunology at the University of Malaya and focuses on the immunopathogenesis of accelerated aging in HIV and cancer survivors. Taking part will be Oguzhan Latif Nuh, a gay man living with HIV who is with Red Ribbon Istanbul, a civil society organization in Turkey focused on educating people about HIV, and Dr. Rajesh Gandhi, director of HIV clinical services and education at Massachusetts General Hospital.

"It is an improvement. It definitely is a step in the right direction," Trout said of the plenary.

He added that organizers of various AIDS conferences are starting to listen to long-term survivors.

"I think they are getting the message that they can't ignore us any longer. We bore the brunt of this pandemic," he said. "We were the ones who were guinea pigs for all those medicines; we were the ones for the trials of all the medications and etc. We are the ones supposed to be dead but we are not, and we refuse to be ignored anymore."

In addition to the plenary, one of the conference's networking zones is dedicated to those aging with HIV and their various concerns, from ageism and sex to dating and healthy aging with HIV and comorbidities. It is called, "Celebrating the resilience and wisdom of Long-Term Survivors (LTS) and elders with HIV: A community-building networking zone for LTS, elders and allies."

Older people living with HIV will also be featured in a different channel, this one called "ATLAS VIRTUAL: A storytelling experience." One of the offerings will be a round table discussion featuring Trout and several other local long-term survivors. And in the Film Screening Channel will be a 29-minute film featuring Trout and fellow long-term survivor Bruce Ward reading four monologues they wrote about aging with HIV.

It is already available to view online.

Guillen will also be part of the Global Village this year, ensuring that long-term survivors are given a voice.

"Hopefully, everybody at the local level feels comfortable and represented," he said.

Nonetheless, Guillen would like to see even more attention be given to issues around aging with HIV at future conferences.

"Honestly, I feel being part of the Global Village is just like a little bit of a Band-Aid in some ways I feel," he said.

The 23rd International AIDS Conference, which went virtual this year due to the novel coronavirus outbreak, kicks off online Monday, July 6, and wraps Friday, July 10, with a free daylong program on COVID-19. The virtual Global Village's workshops and exhibits can also be accessed for free.

For more information about the schedule and to register for AIDS 2020, visit http://www.aids2020.org

AIDS 2020 will include COVID-19 conference