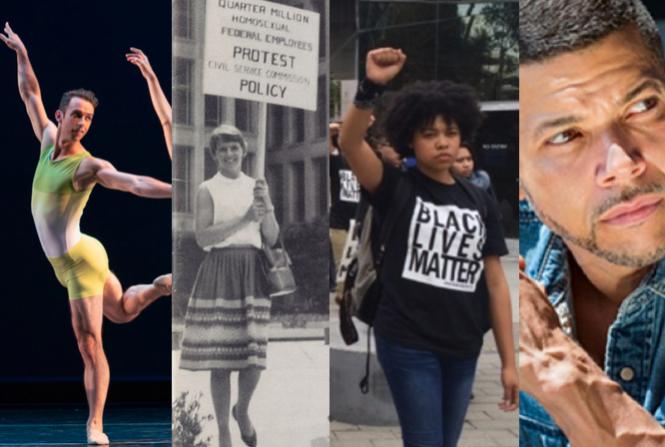 Amid protests and a pandemic, as Pride month gets underway, you can find a bit of relief with a rainbow of arts, nightlife and community events.


ARTS
50 Years of Pride
Presented by the GLBT Historical Society and the San Francisco Arts Commission (SFAC) Galleries, with the support of San Francisco Pride, 50 Years of Pride features 100 photographs to celebrate five decades of San Francisco Pride, one of the city's most beloved public festivals. View an online version of the exhibition on the GLBT Historical Society's website with the physical exhibition opening later in the year after the city's shelter-in-place order has been relaxed. Thru April 2021 at City Hall. www.glbthistory.org

Amy Siewert: Imagery
Dance is the most vibrantly physical of art forms, and we miss it. Until we can enjoy it live, check out some amazing short dance films by Siewert's beautiful deft dancers. www.asimagery.org

A Boy and His Tiger
The Cartoon Art Museum pays tribute to the comic art of Bill Watterson, creator of the popular Calvin and Hobbs series. Bid on print, T-shirts, bags and more. Artwork created by professional artists, graphic novelists, illustrators and animators was created and auctioned off on eBay beginning in January, and the remainder will be sold throughout the spring.
www.cartoonart.org

Contemporary Jewish Museum Events & Exhibits
View virtual exhibits (like Predicting the Past: Zohar Studios, The Lost Years) and online events. June 11, 5:30pm: Drink Something! A Cocktail Hour with Evan Bloom and Rachel Levin. June 19, 12pm: Mike Smith on the AIDS Memorial Quilt, the Levi Strauss & Co. Panel, and the Fight against AIDS. Sunday Stories at 10am, including 'Harvey Milk's San Francisco June 28, 10am. 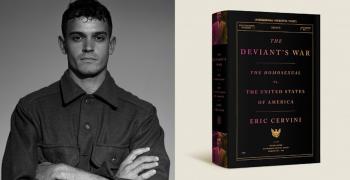 The Deviant's War
Dr. Eric Cervini, author of a new acclaimed biography of Frank Kameny and the early gay civil rights struggle, discusses his new book with a variety of other scholars, on multiple dates through June.
https://www.crowdcast.io/ericcervini

Films at The Roxie
Watch independent and classic films online at the Roxie's virtual cinema.
https://www.roxie.com

Frameline Films
The LGBT International Film Festival is postponed to Fall 2020, but you can enjoy a selection of paid and free content, including on-demand Frameline Distribution films, Frameline Youth In Motion films and curriculum, the Frameline Voices catalog on YouTube, and the Frameline Completion Fund. Also, view films in the Frameline Pride Showcase June 25-28. www.frameline.org

Homo Say What
Acclaimed documentary explores the origins of homophobia against men that became institutionalized in the 1950s and how that continues to negatively affect all genders and sexualities to this day.
https://homosaywhatfilm.com/ 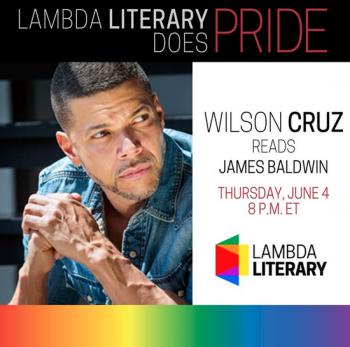 Lee Grant Documentaries
Hope Runs High is incredibly proud to announce the theatrical re-release of Academy Award winner Lee Grant's documentary work. Kicked off at NYC's Film Forum as part of a 13-film retrospective of Grant's work as actor and director, this series represents the largest retrospective of Grant's time behind the camera. www.hoperunshighfilms.com

Michelle Obama reads stories on PBD Kids
Got kids? Even if you don't, few things are more soothing than the former First Lady reading enchanting children' books. Enjoy her readings and more on the PBS Kids YouTube Channel.

OUTstream Film Fest
Seven day virtual film festival featuring queer film, episodic, and short films from all over the world. Throughout the week, audiences will have the opportunity to view programs from any device as well as participate in interactive online Q&A's and discussions about the state of queer art, film, and media. June 1-7. https://outstreamfest.com/

Prideland
Episode 1 of a new interview series; Out, Proud & Southern: Dyllón Burnside's Story; recounts his own experience coming out in the South and travels to the heart of Alabama to meet Carmarion D. Anderson, a barrier-breaking transgender woman of color and the Alabama State Director of the Human Rights Campaign. www.pbs.org

San Francisco Performances Presents Front Row CD Archive Online Series
After several programs in celebration of their 40th anniversary were cancelled, instead, SFP offers memorable classical concerts from the past, all recorded at the Herbst Theater between 2004-2008. Concerts are audio only. http://sfperformances.org/ 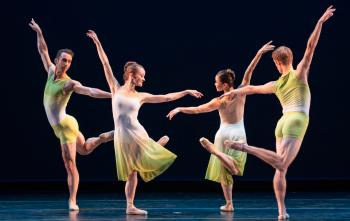 Southern Exposure Silent Auction
Let's not forget the visual arts. Southern Exposure's annual fundraiser, now online-only, features works by more than 100 artists. That could help you beautify your home, since you're spending more time there.
https://cbo.io/bidapp/index.php?s&slug=soex

Stars in the House
Musical genius and affable host Seth Rudetsky —with his husband James— hosts Zoom chats with Broadway, film and TV stars galore. One of the first online fundraisers, your donations help performers of all kinds, from actors to lighting crew members. Broadway may be closed, but you can enjoy living room concerts and chats with favorite stars. www.starsinthehouse.com

Surviving the Silence
World premiere of the documentary about the pre-'Don't Ask Don't Tell' struggle of Colonel Patsy Thompson, who was forced to expel Army hero Colonel Margarethe Cammermeyer fpr being a lesbian. In addition to revealing this untold story, Surviving the Silence explores Thompson's
30+ years of a closeted life with now-wife Barbara Brass. Together, they candidly share how they wrestled with heart-wrenching choices in public and in private.
https://filmfestivalflix.com

Virtual Streaming Room With Cinema SF
Cinema SF, owners of the historic Balboa and Vogue Theaters, are keeping the spirit of movie-going alive with a series of virtual movie screenings and online chats. Proceeds from the screenings will go towards keeping the theaters alive so they can reopen after the shutdown ends. https://www.cinemasf.com/

We Are One: A Global Film Festival
Tribeca Enterprises and YouTube have jointly announced that a new digital-only festival is taking place next month. In just over a month, a new fest called We Are One: A Global Film Festival will happen exclusively on YouTube for 10 days, presenting narrative feature films, shorts, documentaries, and more — all free on YouTube for the world to watch; through June 7. www.youtube.com/WeAreOne

We Players' Audio Dramas
the innovative site-spefici theatre company presents podcast-style audio re-interpretations of their recent productions, including Wonder Storytime with Alice and Friends, and The Odyssey. www.weplayers.org

Wild & Scenic Film Festival
Animals worldwide have reclaimed urban spaces, as you may have seen in the news. But we need to face how our damage to the environment and abuse of wild animals may have aided the spread of disease. While we contemplate that, enjoy films of animals in the wild. Peninsula Open Space Trust (POST) hosts an ongoing series of nature films and talks. openspacetrust.org

Xena Warrior Princess With Lucy Lawless
SyFy Channel will air all six seasons of Xena: Warrior Princess every Thursday from morning until afternoon. Xena herself, Lucy Lawless, will be hosting wrap sessions after each block; special guests are expected to appear. Rumor has it that Renee O'Connor, who played Xena's love interest and stalwart friend Gabrielle, might be on hand for a reunion. Screenings are every Thursday. www.syfy.com 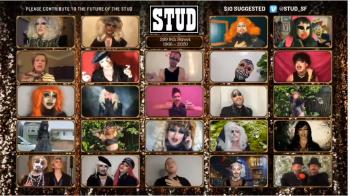 Drag Alive at The Stud

Drag Alive at The Stud
Every Saturday night The Stud, San Francisco's oldest queer bar, will host Drag Alive. Vivvyanne Forevermore and Jillian Gnarling bring you a virtual Stud to help support the staff, performers and the goals for a future venue. Party with the crew of The Stud at Twitch TV: https://www.twitch.tv/dragalive

The Monster Show
One of the longest running drag shows in the Castro, The Monster Show has made The Edge bar a Thursday night destination. The Monster show now comes to Twitch TV, where the performers will entertain you while they raise money for bar employees. https://www.twitch.tv/monstershowsf

Oasis TV
Oasis, the beloved SOMA nightclub, is another venue that's shuttered for the duration of the shutdown. That isn't stopping co-owner D'Arcy Drollinger from bringing some of Oasis' finest entertainers to your computer screen. Archival footage from the venue's best past shows are being uploaded to Oasis TV, the club's YouTube page, such as Sex and the City Live, The Golden Girl's Live, Buffy the Vampire Slayer Live, Star Trek Live and AbFab Live. There will also be original shows like Above and Beyond the Valley of the Ultra Showgirls, Debbie Does Dallas and Bitch Slap. New content will be uploaded regularly. sfoasis.com/
And be sure to keep an eye on Drollingers's own Facebook page for info on Sextitude, his dance class which streams Sundays at 1:30pm for the duration of the shutdown: www.facebook.com/darcydrollinger

Pillows
Glamamore's long-running Monday night party at Powerhouse can also be found at Twitch TV. The party is called Pillows and has been a staple of the bar for years and is currently being hosted by Mary Vice. It's better than Monday Night Football! Check it out every Monday at 9pm.
https://www.twitch.tv/cashmonetdrag 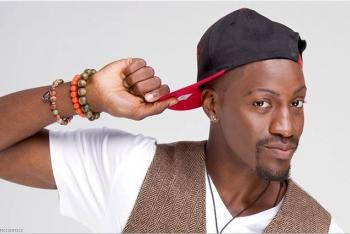 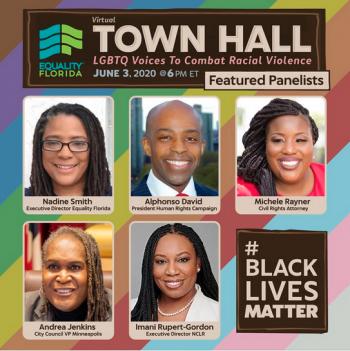 Castro Country Club's Virtual Gratitude Meeting and Check-in
Castro Country Club, the safe space for queers in recovery, will be holding virtual meetings on Sundays at 1 pm until they are able to reopen. The Zoom meeting room will open at 12:30 and the meeting room will remain open for at least 30 minutes thereafter for hanging out and fellowship.
https://www.facebook.com/pg/CastroCountryClub/events/
Join the Zoom meeting at https://zoom.us/794362233 Meeting ID: 794 363 233

Exploratorium Events
Talks, and demos with a science theme. www.exploratorium.edu

Fighting Back with the GLBT Historical Society
Three years ago the GLBT Historical Society launched Fighting Back, a series which brings together community leaders, experts, historians and activists to explore lessons from the past that might be useful in formulating resistance efforts today. The series is continuing online with the moniker "Fighting Back: Lessons From AIDS for Covid-19." The series hopes to find ways to transform their possible feelings of anger, despair or anxiety into action, and to find models for building community and solidarity in the midst of this pandemic. $5 donation.
Harm Reduction: Managing Risk & Social Needs, Wednesday, June 3 6:00—7:30pm.
Beyond the Rainbow: Queer Symbology, History & Flag-Making, Friday, June 5 6:00—8:00p.m
No on 64! Testing, Contact Tracing & Quarantine, Wednesday, June 10, 6:00—7:30 p.m
Being Transgender in a Pandemic Wednesday, June 17 6:00—7:30 p.m
Celebrating 50 Years of Pride Through Art Thursday, June 18 6pm-8pm
Curating With Pride Sunday, June 21 2:00—4:00 p.m
Direct Action, Marching & Parading Wednesday, June 24 6:00—7:30 p.m

GLIDE Services
Online services with the spiritual center of healing, faith, justice and community for everyone. https://www.glide.org/church/

LGBTQ&A
Jeffrey Masters hosts a series of weekly podcasts with community notables; sponsored by The Advocate and GLAAD. https://podcasts.apple.com/us/podcast/lgbtq-a/id1151561226

Queercore Podcast
The QueerCore Podcast, hosted by August Bernadicou, elucidates radical, LGBTQ activists' dark histories. It is a spotlight on the catalysts who fought in the front-lines, in the back-lines and in the trenches of civil rights. The QueerCore Podcast is an opportunity for them to tell their stories in their own words. https://www.queercorepod.com/

Worship With Rev. Dr. Megan Rohrer
Rev. Dr. Megan Rohrer of Grace Lutheran Church, the first openly transgender pastor to be ordained in the Lutheran church, will be offering a variety of online services and events during the Covid-19 shutdown. For kids stuck at home there will be Kids Dance Parties on Zoom until May 1. Pastor Rohrer will also hold their Sunday services online via Facebook live at their Facebook page.
https://www.facebook.com/pg/meganrohrer/events/

Do you have an event to add? Email events@ebar.com