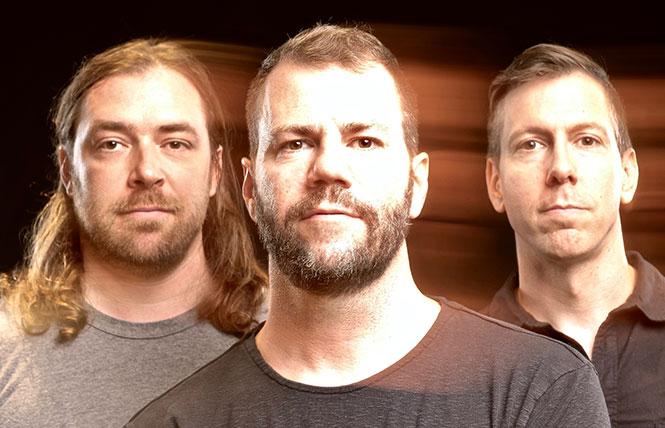 As musical genres go, slowcore (or sadcore, if you please) had its share of devotees and detractors. On Early Day Miners' 2000 debut album Placer Found (Secretly Canadian), newly reissued, remixed and remastered for vinyl in an expanded 20th-anniversary double-LP set including more than 15 minutes of previously unreleased material, the band took its rightful place alongside its musical contemporaries.

But Placer Found also featured ambient and cinematic Brian Eno-esque soundscapes that set it apart from the rest. Something else that set Early Day Miners apart was having gay front-man Daniel Burton. Burton, who now lives in New Orleans with his longtime partner, was kind enough to answer a few questions in late April 2020.

Gregg Shapiro: Dan, for the uninitiated, please say something about the genesis of the band's name, Early Day Miners.

Dan Burton: Way back in 1997, I worked in Yellowstone National Park for a summer. There was an interesting mining town called Silver Gate on the northwest corridor entrance to Yellowstone Park, between the Beartooth Mountain Pass and another mountain pass, and it gets snowed-in six months out of the year. I fell in love with this idea of this place that gets isolated every year for half a year and has a population of maybe 200 people. They had a tourism brochure that they created, and it said "Early Day Miners" on the front, and it had a picture of these sexy-looking miners on it. I thought, 'That would be a cool album cover. That would be a cool band name.' Friends agreed and that's kind of how it came about.

At the beginning of band's tenure, Early Day Miners was associated with the slowcore/sadcore scene. Can you please say something about that affiliation and what meaning it has to you?

As an undergrad at Indiana University, I was in a band called Ativin, which was just two guitars and drums, very minimalist. We were influenced by a lot of stuff that we saw growing up in Louisville. That band broke up and the drummer in Early Day Miners and I were becoming more interested in conventional song form but also exploding that out. Keeping it minimal; but exploring an idea of space and sense of place.

Making music that isn't necessarily for movies but is inspired by film soundtracks. It was a concept and fun. It was exciting to play it live. We were kind of a divisive band live, so it was interesting to see half the place leave and the other half come up to the stage. That was in 1999/2000 and in this day and age, there are so many bands that are pushing the envelope; The War on Drugs and Mogwai.

It's been going on for 20+ years now where you can have fun with song form and it doesn't matter. Have ten-minute songs like LCD Soundsystem; which is fantastic. It wasn't like we were reinventing the wheel, but it's nice to go back 20 years and listen to Placer Found. There's a certain naiveté to it that I gravitate to. We never expected it to do anything. We recorded it at home by ourselves and sent it to my friend in Austin who put it out on a small label there, Western Vinyl. It got this kind of cult following and we were able to tour for it and put out seven more albums after. 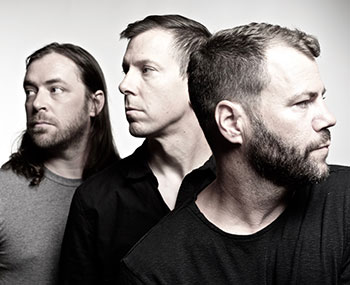 As you referenced, 'Placer Found,' which has been given a vinyl reissue on Secretly Canadian, was released 20 years ago. Where did the time go, Dan?

Oh, my God! No kidding. It's such a great point. We put out records for ten years after that. Had some great tours in Europe and a lot of success with it. Then I came out of the closet, had a baby at that exact time, and a full nervous breakdown.

Ultimately, it was a wonderful thing that it all happened the way it did. I'm very close with my ex. Kind of a Modern Family thing, which is unexpected. I went to school for landscape architecture and now I'm a practicing landscape architect in New Orleans. Also, now that I work for myself, that enabled me to jump back in (to music). That's what I've been doing recently. We just put out an EP in Spain last year. Now we have this reissue and we're currently working on a full-length (album). It's great; I get to do both things now.

When you look back on the album, what are you proudest of and what would you have done differently?

That's an awesome question! Part of the (reason for) the reissue of the album was that I wasn't pleased with the mixing or the mastering of the original record because we had zero cash and zero access to technology. It was a great opportunity to revisit the tracks which I found in my mom's basement and was able to extract from digital audiotape. Which was incredible because after the 20 year-mark they completely deteriorate, if not before. That was a stroke of luck.

I guess what I've enjoyed with progressing as a musician is bringing in melody and harmony. It wasn't that we were afraid to sing. The singing is very sparse and minimalist, and that was intentional. That was inspired by the For Carnation and Mark Hollis. I've really enjoyed embracing melody and being upfront about the vocal matter. That's part of coming out throughout my life, not just sexually, but broadening my horizons mentally, not to hide behind a wall of shoegaze guitar; to sing about what is important and what is in front of us right now.

It's interesting that you referenced the late Mark Hollis because you can definitely hear the influence of his band Talk Talk, especially their later work, on Early Day Miners.

Wow, well that's a huge compliment. It's something that we had just found that year and we were like, 'Oh, my God!' I'll probably put it on tonight, now that you mentioned it. 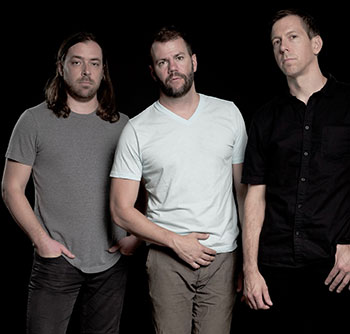 I particularly like the instrumental "In These Hills" which sounds very Eno-esque to me. Where does Brian Eno fall on your list of influences?

Are there specific Early Day Miner songs where you think your identity as a gay man came across, either subtly or overtly?

Yes. It was subtle. It was never super intentional within the later albums, The Treatment and Night People. I've always had a disinterest in being overtly political or overt, in general, lyrically. As I said earlier, that's somewhat changed now. I like leaving lyrical form where a listener can extract something from it and make their own meaning.

It's something I love that artists do. But it's inevitable that pop music itself is innately sexual and it became fun. With Night People, at that point the band had become a new band, and I was the only original member. These guys were into everything from Scissor Sisters to the Rolling Stones; just being glam. Watch videos of us from The Treatment, and it's certainly not Scissor Sisters, but for us, picking up a shaker or tambourine was like, whoa [laughs]! We're not naïve to it completely. All the Eno stuff from the seventies, and Roxy Music and Lou Reed and David Bowie; that's stuff I've had since middle school.

Were you out at the time of the formation of Early Day Miners or did that occur later?

I came out in 2008, just after our Offshore album came out. It's while we were writing The Treatment. (The band) was totally supportive and pretty much unfazed, other than the fact that I was married and had a kid. That was more what the questions were about. 'How is that going? How is your ex-wife? How is your daughter?' Fortunately, she had just been born, so she's never known anything different either way. I've got friends from every kind of background now. As you get older, as we can all attest, nothing's shocking [laughs]. It was such a relief, as anyone would say.

You have been with your partner for more than 10 years and you currently reside in New Orleans. What are the pros and cons of being a coupled out gay man in NOLA?

I would say mostly all pros. It's such an accepting city. The LGBTQI scene here is completely creative. Whenever I go to other cities that are famous for being gay, San Francisco or something, I realize how special New Orleans is. It's very vanguard at the moment, very creative. There is this kind of absurdist culture here that has always had a root in the city but has really been exploded up until the pandemic that I fully expect to return.

Is there a Dan Burton solo album in the works?

Oh, wow! I've never really felt the need to do it. I've pretty much used Early Day Miners as a moniker to perform under. Early Day Miners could put out a country album or an electro/techno album or it could just be very spare acoustic. You have to explore different genres. I could never put out the same record twice; wouldn't want to.