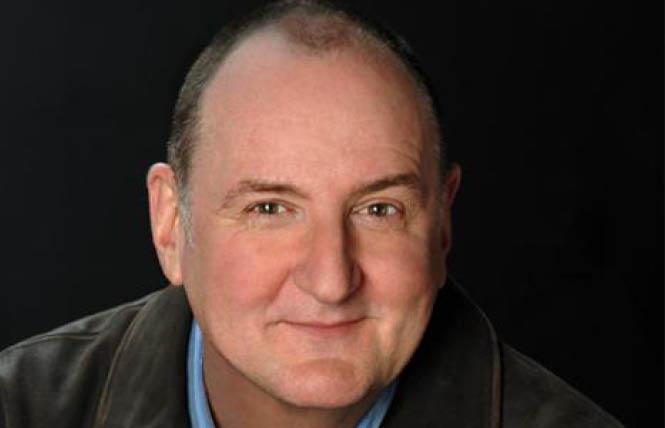 A San Francisco-based LGBT theater company is seeking to be recognized by the city as a legacy business.

The 39-year-old New Conservatory Theatre Center is housed in the basement of the city-owned building at 25 Van Ness near Market Street. The nonprofit arts group had to cancel the rest of its current season of productions due to the novel coronavirus outbreak.

It was one of four businesses seeking legacy status that won unanimous support Wednesday, April 15, from the city's seven-member historic preservation commission. Businesses and nonprofits deemed to be legacy establishments by the city receive financial assistance and can seek rental relief with their landlords.

City Nights, the 18 and over dance club at 715 Harrison Street, is also seeking to become a legacy business. Located in the city's LGBT historic district South of Market, the nightclub over the years has hosted many LGBT-focused club nights and weekly parties.

The other two businesses that won support Wednesday for the applications were Korean Martial Arts at 1414 Ocean Avenue and Royal Motor Sales at 285 South Van Ness Avenue. Due to a technical glitch during the oversight body's virtual meeting, none of the applicants were able to speak about why they want to become legacy businesses.

"While it is sad we weren't able to hear comments from the owners, we wish you congratulations and are looking forward to working with you in the future," said commissioner Diane Matsuda.

Staffer Shelley Caltagirone said the city's Small Business Commission must now finalize the legacy business status for the quartet of applicants. But that oversight panel is currently not holding hearings because of the shelter-in-place orders instituted to stem the spread of the novel coronavirus outbreak.

Thus, it isn't expected to act on the matter until after the shelter-in-place order is lifted. Nonetheless, Caltagirone said small business commission staff plans to provide the four businesses support while they await their final approval.

New Conservatory Theatre Center is known as the premiere queer and allied theater in San Francisco. It has been presenting the work of LGBTQ+ playwrights since 1981 and also provides progressive arts education.

When it first began it was located at the First Unitarian Church at 1187 Franklin Street and was under the direction of Ed Decker, NCTC's founding artistic director. It moved in 1985 into its current, larger space consisting of three theaters in the basement of a historic former Masonic Temple designed by MacDonald & Applegarth and constructed in 1908 by Healy & Tibbets. ?

The theater spaces had originally served as commercial production studios, according to NCTC's legacy business application. When the city acquired the building in the early 1990s, officials had planned to eliminate the theaters. But lesbian former supervisor Roberta Achtenberg helped lead the successful fight to maintain the performing spaces.

Four years ago NCTC briefly shuttered in order to construct a $300,000 remodel of its entrance area. The project resulted in redesigned lobby, bar, and box office areas meant to offer patrons a more aesthetic and welcoming environment to gather and enjoy drinks prior to performances.

As for the 35-year-old City Nights, it touts itself as the Bay Area's only 18 and over nightclub. Brit Hahn, a 25-year old San Francisco native, opened it September 11, 1985. Ray Bobbitt came on as a co-owner in 1989 and is currently the operating partner of the business.

City Nights is said to be one of the longest running, large capacity nightclubs in the country. Entertainers who have performed there include such musical icons embraced by the LGBT community as Grace Jones, Lady Gaga, and Prince. Among those working the DJ booth has been lesbian legendary mix-master Page Hodel.

In July 2018, it was reported that the venue was included on a list of landmarks in the San Francisco Bay Area that an ISIS terrorist suspect planned to attack. The FBI, however, thwarted the plan before it could be enacted.