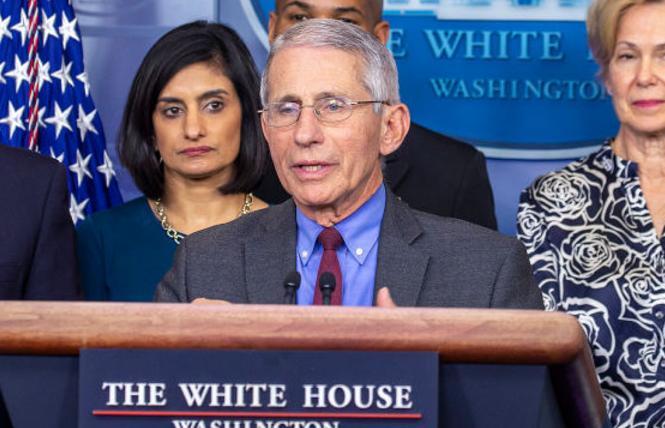 The U.S. Food and Drug Administration on April 1 granted its first emergency use authorization for an antibody test that could show if people are immune to the new coronavirus.

Unlike existing tests, which detect the virus in people who are currently infected, antibody tests show whether someone was previously infected and recovered. Antibody testing is already being used in some other countries, including South Korea, to help health officials get a handle on their local epidemics.

Antibody tests could show which health care workers could have already developed immunity and can safely treat patients with COVID-19, the respiratory illness caused by the new virus. On a larger scale, they might show who can return to work, letting up on physical distancing.

Existing PCR RNA tests detect viral genetic material in a nasal swab sample. The newly approved antibody test, from Cellex, detects antibodies made by the immune system to fight the virus in a drop of blood from a finger prick.

"[An antibody test is] much quicker, it's much easier, and it's much cheaper" than current tests, National Institute of Allergy and Infectious Diseases director Dr. Anthony Fauci told Golden State Warriors star Stephen Curry in a recent Instagram Live chat.

Several other medical technology companies and academic institutions have also developed antibody tests that are not yet FDA-certified. Rolling out these tests nationwide will take time and will require the combined efforts of multiple companies and commercial laboratories. The first antibody tests will be administered by health care providers and interpreted by a lab, but a home test could become available in the future.

Timing is everything
People with the novel coronavirus test positive for viral RNA very soon after infection, even before they develop symptoms. But once they recover, these tests become negative. Because PCR testing has been delayed in the United States and is still not widely available in many areas, some people recover before they ever get tested.

In contrast, it takes several days for the body to produce enough antibodies to show up on the new test. But these antibodies remain in the blood and a person who was once infected will continue to test positive even after recovery. Research is underway to determine how long these antibodies last and whether they will prevent future infection.

Antibodies against the coronaviruses that cause the common cold wane in several months to a couple of years, leaving people susceptible to repeat infections. But people who recovered from the SARS epidemic in the early 2000s — which was caused by a coronavirus more closely related to the current one — continue to have measurable antibodies nearly two decades later.

Widespread antibody testing would enable public health experts to learn more about the epidemic. For example, knowing the size of the total pool of people who have ever been infected will allow epidemiologists to accurately calculate mortality rates.

And if antibodies against the new coronavirus are in fact protective, such tests could guide government policies about physical distancing and sheltering in place. With most contagious diseases, once enough people have developed antibodies, so-called herd immunity emerges and transmission slows down, making it easier to contain small outbreaks as they arise.

Although much remains to be learned about the new coronavirus and how the immune system responds to it, most experts expect that antibodies in the blood will confer some degree of protection. "[I'm] willing to bet anything that people who recover are really protected against reinfection," Fauci said in a recent chat with "Daily Show" host Trevor Noah.