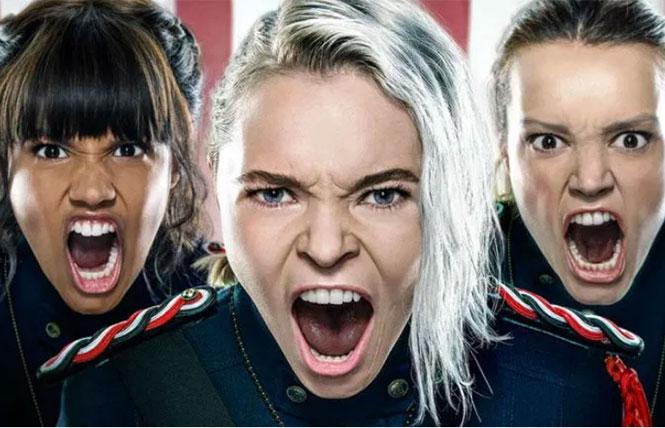 Welcome to the new dystopia. While we are self-isolating for the foreseeable future, let's make our time in quarantine as manageable as possible and create a TV routine that is helpful, not harmful.

Some mental health experts we interviewed this week told us that limiting news intake is important. So pick a time to watch, but keep it to small servings. We recommend the local evening news to know what is happening in San Francisco, Oakland, Marin county and environs. 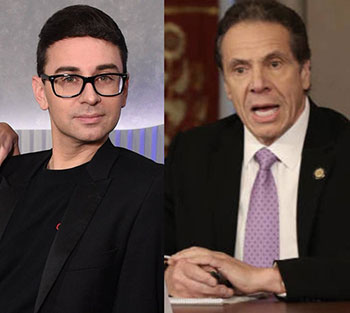 And then one of the queer news shows on CNN and MSNBC for more national news; Rachel Maddow, Anderson Cooper, Don Lemon. You can always check out CNN online for updates from Dr. Anthony Fauci, who has been with us since the last pandemic that hit our community. But you want to keep your anxiety down and spirits up.

Our spirits were buoyed by Project Runway's Christian Siriano, now fashion designer to many stars, including Pose's Billy Porter. Siriano offered to make face masks to help with the shortage and New York Gov. Andrew Cuomo said hell yeah, let's do it, as the two had a heart-warming exchange on Twitter.

The fabulously gay Siriano said in an interview, "I am just in a unique scenario where I manufacture everything in New York already, I have a working atelier and everyone's working from home, and my office is a townhouse," Siriano said. "We're just able to make them." 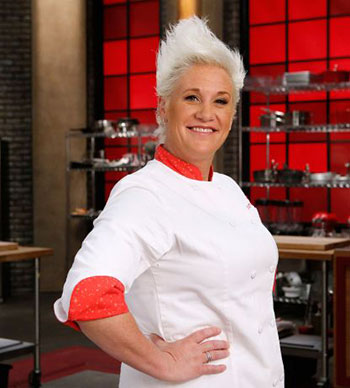 Siriano added, "We're just working on logistics now: who will get them first, how many we can physically make. Hopefully, we can make a thousand in a few days. That's the goal."

If you need a TV pick-me-up, binging Project Runway can certainly do it. There are 18 seasons available on Hulu, YouTube and Amazon Prime.

Streaming services Netflix, Hulu, Amazon and Apple are your besties, now. Take an hour and do a search of what you most want to watch and make a list, so you don't consistently end up watching 30 trailers and no shows.

For decompressing, we like cooking shows, house renovation and stand-up comedy specials. There's nothing like some queer cooking with lesbian chefs Anne Burrell and her wife, Koren 'The Real Deal' Grieveson. Burrell's series Worst Cooks in America is perfect for binging, she's a lot of fun, you are never going to make this food, so you can live it vicariously with no pressure and just relax and have fun. 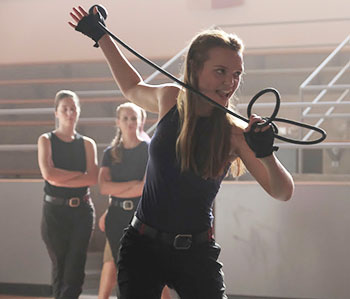 Motherland: Fort Salem
Motherland: Fort Salem is so very much a series for this moment in whateverthehell time. It debuted on Freeform March 18 and is enjoyable, dark goodness. Set in a largely "matrifocal" world, as they say, you love to see it.
In this alternative America, witches —the Salem women of yore— ended their persecution three centuries ago by trading their futures, and those of their daughters-to-be, for their lives. They worked out a deal with the government to be a warrior class, a paramilitary superhero witch force fighting for their country.

We could so use this now.

The premise allows for lots of physicality —women doing mixed martial arts together and getting down in the mud— literally.

The series, from Claws creator Eliot Laurence and executive producers and SNL alums Will Ferrell and Adam McKay, as well as out bisexual director Maria Maggenti, is compelling and blatantly, 'push her against the wall and unbuckle her belt in the barracks in the first episode' queer.

The plot follows three young women from basic training in combat magic into early deployment. In this world, the traditional roles of gender and power are flipped, with the more dominant women on the front lines fighting looming terrorist threats that are familiar to our world, but with supernatural tactics and weapons.

Witches are iconic figures of Otherness and women are the perpetual Other in society. Motherland: Fort Salem threads this Otherness throughout—women have taken their power and they will use it as they see fit. This is gender nonconforming writ large.

The three main young witches in training Abigail (Ashley Nicole Williams), Tally (Jessica Sutton) and Raelle (Taylor Hickson) each have their own agendas as they arrive at the barracks. Abigail is descended from a famous former slave witch and she is determined to be the leader of her team and drives the other witches hard.

How dark does Motherland get? There's a terrorist witch group, the Spree, that infiltrates the paramilitary group and threatens to undermine Fort Salem and its mission. Like salted caramel popcorn, Motherland: Fort Salem is light, delicious, surprisingly satisfying. You'll definitely want more. 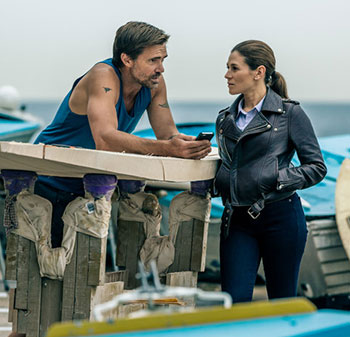 Deep Water
We love an Australian accent and we love a crime series. Netflix matched us 99 percent with the Australian mini-series (an oh-so-perfect four episodes) Deep Water and they know us so well.

The drama is based on the historical, unsolved hate murders of several dozen gay men in Sydney's eastern suburbs and beaches in the 1980s and '90s. SBS broadcasted a documentary of these events, Deep Water: The Real Story (2016), in conjunction with the miniseries, which is also quite good, though you will want to watch the mini-series first, as the documentary will spoil the plot of the miniseries.

Detectives Tori Lustigman (Yael Stone) and Manning (Noah Taylor) are assigned a brutal murder case of a young man at Bondi Beach. But soon into their investigation, they begin to uncover evidence that the killing is linked to a series of unexplained deaths as well as alleged suicides and disappearances of gay men back in the 1980s and 1990s.

Tori is haunted by the disappearance of her teenage brother, and as she becomes more involved in the case, she becomes equally certain that her brother may be part of it, making for a potentially heartbreaking subplot.

When more ritualistic murders occur that have the same bizarre signature, both detectives put everything in their lives on the line to solve the murders.
The series takes place in part during Sydney's Mardi Gras, which makes for lots of gorgeous, barely clothed men on the beach who are in no way social distancing.

There is a political underpinning to this series—misogyny in the police force (Tori drives this investigation and is clearly brilliant at her job, but is derided and demeaned by her boss) and the peril of the closet as men in high places with bearded lives get ensnared in their own secrets, as happened last week to Tallahassee mayor Andrew Gillum.

Be forewarned, there are a few scenes of brutal violence in Deep Water, but the series is superb and definitely worth a deep dive. (One small spoiler: Pay keen attention to the opening scenes—they are pivotal later.)