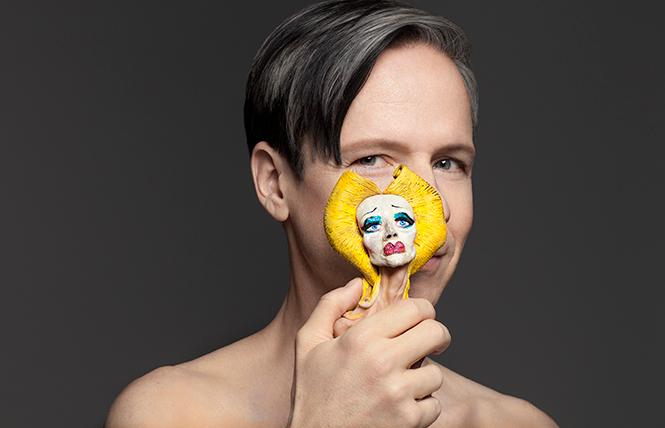 "If the only work I'm remembered for is Hedwig," says John Cameron Mitchell, "That wouldn't be so bad. It's something I can be really proud of."

In the two-plus decades since Hedwig and the Angry Inch debuted as an edgy Off-Broadway musical in 1998, Mitchell —who appears next Friday in a sold-out show at Berkeley's Zellerbach Hall, performing Hedwig's hits and other repertoire in his The Origin of Love tour— has steadily worked on other projects, among them directing Nicole Kidman's Oscar-nominated performance in Rabbit Hole and, more recently, playing recurring television roles in shows including Girls, The Good Fight and Shrill. 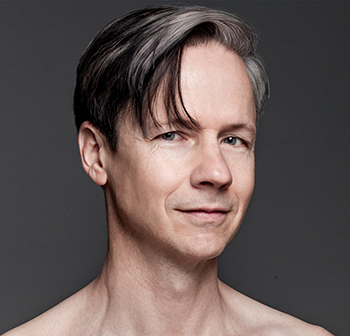 The East German genderqueer rocker that Mitchell created with composer Stephen Trask, and based in part on his own early life as a peripatetic military kid, debuted Off-Broadway in 1998 and three years later hit cinemas in a film adaptation starring Mitchell.

Now a cult classic enshrined in the Criterion Collection, the Hedwig movie was a box office bomb in its original release. But it caught the attention of underground artlings at scruffy independent theater companies around the world, leading to a plethora of stage productions, which in turn raised the profile of the film while both rode the swelling wave of cultural attention to the complexities of gender and sexuality. 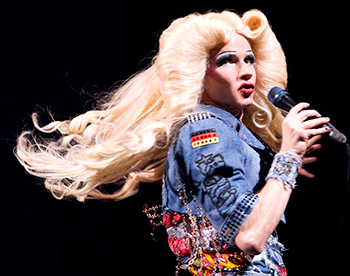 During the year-plus Broadway run and subsequent national tour, Hedwig was also played by Andrew Rannells, Michael C. Hall, Taye Diggs, and Darren Criss. In New York, Mitchell himself took on the role for three months.

The global fan base who discovered Mitchell by way of Hedwig might well assume the show was his Broadway debut. In fact, Mitchell was quietly working away before Hedwig as well as after, as a musical Broadway baby playing Huckleberry Finn in Big /River and originating the role of Dickon in The Secret Garden. He was also featured in a dramatic role in Six Degrees of Separation.

"As a kid," Mitchell told the Bay Area Reporter, "My earliest taste in music came from my parents' small record collection, which included some Broadway cast albums. Later on I got into Bowie, Lou Reed and Iggy Pop, especially as I was exploring my sexuality after I moved to New York. But like a lot of theater people, I never really felt torn between different kinds of music. I can get into it all." 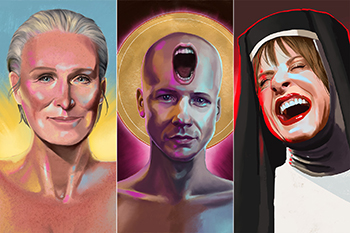 Anthems & Origins
The Origin of Love Tour, proceeds from which Mitchell is using to help pay for his mother's treatment for Alzheimer's disease, finds him paying tribute to some of those rockers, sharing stories about his own life and the creation of Hedwig, many of which bleed together in fascinating ways. Prior performances of the concert have received rapturous reviews, praising not only the passionately delivered musical numbers, but also Mitchell's candor, costumes and penchant for crowd-surfing.

Mitchell's openness to crossing boundaries and exploring alternate avenues of self-expression has most recently manifested in Anthem: Homonculus. Originally conceived as a stage sequel to Hedwig, the project —at once Mitchell's most fantastic and most autobiographical— morphed into a six-hour podcast serial featuring 31 original songs, created in collaboration with composer Bryan Weller.

"It's structured," explains Mitchell, "as an internet radio telethon hosted by my character Ceann, who is trying to raise money for brain tumor treatment."

The story cuts to flashbacks of Ceann's family life and romantic history, for which Mitchell drew on his own experiences, as well as a series of interplanetary hallucinations.

Ceann's Alzheimer-suffering mother, like Mitchell's own, is a one-time anti-abortion activist. She's played by Glenn Close, part of a starry cast that also includes Patti Lupone, Cynthia Erivo, Marion Cotillard and Laurie Anderson (as the tumor).

Available via the subscription podcast service Luminary (www.luminarypodcasts.com), Anthem: Homonculus will also be featured in a marathon listening event (with Mitchell and Weller in attendance) at the Roxie Theater on Sunday, March 1.

While Mitchell says he aspires to eventually bringing a version of Homonculus to the stage, he knows it will likely be a long time coming.

"That's okay," he says. "The sort of projects I do sometimes need a while to catch on. Hedwig was around for quite some time. Audiences eventually found her. The podcast has a pay wall and that's making it hard to generate the kind of audience I was hoping for. But it's out there and I think people will discover it in good time. I've learned to be patient about my work."