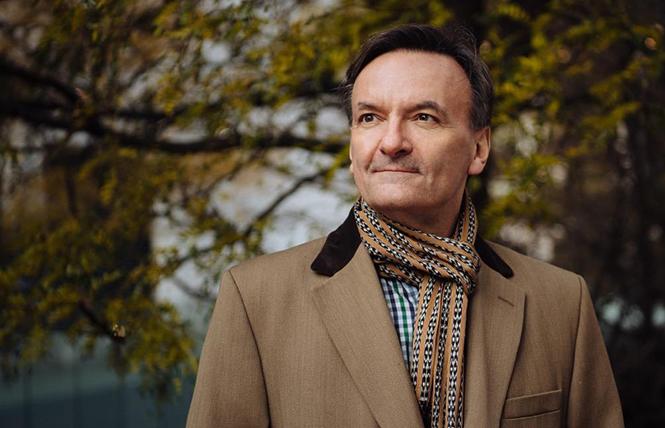 San Francisco Symphony fans of the de Waart and Blomstedt eras, when Michael Steinberg wrote the program notes, will recall regularly hearing, "Music sounds even better when Michael writes about it." The next writer to pick up that particular mantle, writing deeply informed reflections about classical music in language that engages the non-specialist, is Stephen Hough, whose pieces are collected in "Rough Ideas: Reflections on Music and More" (FS&G).

Hough's fame as a polymath — concert pianist, composer, painter, critic and novelist — informs the "and More" of the subtitle, but given the high quality of his writing about music, it's questionable that Hough's ideas have ever remained rough for long. Ardent as my Hough fandom has been from the beginning, I've had trouble keeping up with the prolixity of his creativity, particularly with his London Telegraph blog, which, while the most fun stuff, appeared so often that there was always reader fear that something delicious had got away. It's all in one place now, and it's lost none of its savor. 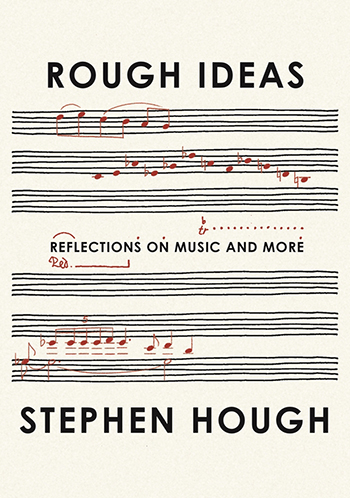 Along the way are quasi-technical articles that will weed out some readers — such as the ones on pedaling, trills, editions and practicing (the latter of which he writes about separately for amateurs and professionals) — while enticing all. Who doesn't want to hear from a professional about stage fright, page-turners, concert attire and his legendary forebears, including who among them, including on today's stages, just might be queer in the bargain?

Pedigreed as his writing is, it's not at all leery of venturing less than universally held opinions. Applause between movements? He's fine with it. Being thrown out of a concert for "disgraceful" behavior as an audience member? He pleads guilty to one count in a must-read chapter. His thoughts on audience decorum are almost shockingly permissive (minus the ring tone, of course), and proof that he doesn't shy from controversy is meted out in a pair of essays: "I don't love Bach"; "I don't hate Bach."

After Michael Steinberg, the writer he most reminds me of is his fellow Brit, Geoff Dyer, a novelist who is a comparable omnivore and as eager to share his opinions and ideas about art, film, music, and procrastination (a whole book). Hough's thoughts on the agonies and ecstasies of recording — there can be few living pianists with more acclaimed studio recordings (60) to their name — spill over into those about art shows and exhibitions, architecture, poetry, fine food ("Beef Stroganoff and a bag of bones"; also, his are the only acceptable pictured food tweets other than Stephane Degout's) and, surprising only to those who don't follow him regularly, religion.

A gay convert to Catholicism, his relationship with some doctrinal verities, such as suicide, "Sodom and Gomorrah," and gays in the church and priesthood, arguably the Vatican Teaching Office in general, are often uneasy. It's patent in his novel "The Final Retreat," about a sex-addicted gay priest dispatched for "treatment," but wrestling with faith is as core to Hough's spiritual life as tasteful if attention-getting hats are to his sartorial one. They're among the final set of essays, characteristically thoughtful, un-doctrinaire ("Suicide? Let me assist you") and as shot through with passion as his writings about any other subjects.

The attitude underlying his writing that makes it most engaging is this: "Listening to music should always be an active process, and those who attend — pregnant verb — concerts, who listen, who respond, who treasure what they hear there, are musicians. When vibrations in the air create vibrations in your soul, you are a member of the club."

Hough has recently curated a residency at London's prestigious Wigmore Hall devoted to Brahms, whom he's unafraid to claim as his favorite composer, and including other Brahms-influenced music, including his own. Simultaneously, his recording label, Hyperion, has just released his "Brahms: The Final Piano Pieces," Opp. 116-119, among the most beloved works for the instrument. His reverence for the composer is unquestionable but, importantly, interpretively Hough remains his own man, or Brahms'.

The pieces fit in the cluster of explicitly valedictory music that sometimes is taken as a whole as "serious," the word the composer attaches to his own last songs. The final Op. 122, 11 chorale-preludes for organ, are unflinchingly "world-leaving." (Never pass up an opportunity to hear them, as sublime as they are rare.) One consequence is that many a pianist has approached the Fantasias and Intermezzi with an enveloping somberness and even sentimentality, neither of which is Hough's stuff.

Op. 117 achieves richness and depth without lingering, and what impresses most about Hough's playing is its investment in the short works' individuality, their sense of spontaneity, a variety in which the composer reveled throughout his final piano pieces — in Hough's bracingly thoughtful hands, strong stuff, all of it.