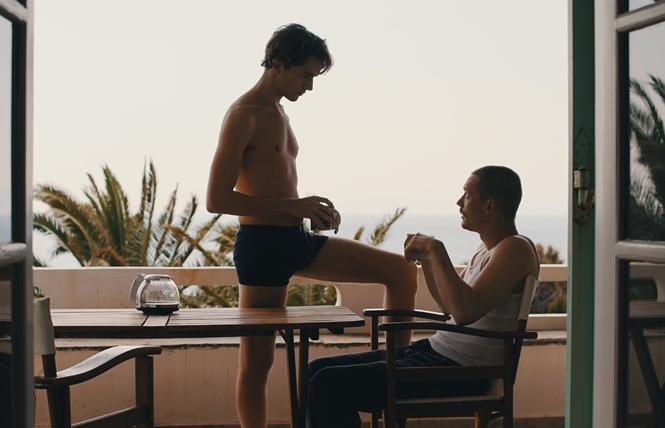 Bay Area film buffs welcome the Goethe-Institut's 24th annual celebration of contemporary German-language films from Germany, Austria and Switzerland. The Berlin & Beyond Film Festival runs Feb. 7-13 at the Castro and Vogue Theatres in San Francisco, Berkeley's Shattuck Cinemas, and the Goethe-Institut. It continues a 500+ film tradition of showcasing world-class cinema from a liberal European perspective.

"Rest in Greece" Director Florian Gottschick introduces a young couple, David and Nina, whose vacation on the isle of Tinos is enlivened by the sudden appearance of their landlord's daughter Margarita. We see how tricky the power dynamics can be when a straight dude is upset by sudden female competition. (Castro, 2/8)

"All About Me" Director Caroline Link salutes German comic Hape Kerkeling, describing the harrowing moments that shaped him. (Castro, 2/7, 9)

"Far Out" Two gay East Germans, a teen boy and a middle-aged man, connect on a cruising circuit in 1987. In director Jan-Peter Horstmann's beautifully lensed 24-minute short, the night prompts a lingering bond two years before the fall of the Wall. ("Look Out" shorts program, Castro, 2/7)

"What Might Have Been" Opening Night film from director Florian Koerner von Gustorf tracks a weekend sojourn from Germany to Budapest by middle-aged Astrid and her younger boyfriend. Inconveniently, Astrid runs into her first lover. (Castro, 2/7; Shattuck, 2/10)

"Hi, A.I." Docmaker Isa Willinger probes the hot-button topic of artificial intelligence and the life-altering impact it's likely to have on the very definition of work. (Castro, 2/8)

"The Reformer. Zwingli — A Life's Portrait" Director Stefan Haupt dramatizes the story of the man who drove the Protestant Reformation in Switzerland, changing the religion landscape of Central Europe forever. (Castro, 2/8)

"The Collini Case" Veteran director Marco Kreuzpaintner, responsible for the 2005 queer outdoors adventure "Summer Storm," gives us a murder case plus. A court-appointed attorney unearths a legal scandal dating back to the Nazi era. (Castro, 2/8; Shattuck, 2/10)

"Berlin Bouncer" Director David Dietl talks to the capital's hotel doormen to hear some great tales about Berlin, from before the Wall to the present. (Castro, 2/9)

"Once Were Rebels" Director Johanna Moder uses two 30-something couples as the lynchpin for the tale of a Russian dissident's escape to Austria. (Castro, 2/9)

"Gipsy Queen" Director Huseyin Tabak spins a tale of a hardworking single mom against the backdrop of a struggling boxing club. (Castro, 2/9)

"The Audition" A violin teacher has a crisis after a prodigy student is admitted into her school's program. (Vogue, 2/11)

"How About Adolf?" What's in a name? A young couple find out when they decide to name their baby son Adolf in director Sonke Wortmann's compelling drama. (Vogue, 2/11)

"In the Name of Scheherazade, or the First Beergarden in Tehran" Director Narges Kalhor updates the classic "1,001 Nights." (Goethe-Institut, 2/12) 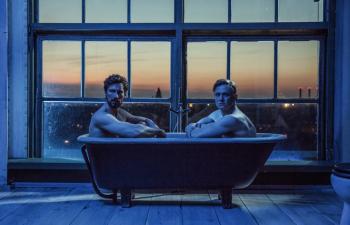 "100 Things" In director Florian David Fitz's comedy, two buddies give up all their possessions for 100 days. (Goethe-Institut, 2/12)

"The Most Beautiful Couple" Director Sven Taddicken's tale of sexual assault and revenge begins on a Mediterranean holiday. (Goethe-Institut, 2/13)

"Cherry Blossoms & Demons" Famed director Doris Dorrie concocts a drama about Karl, whose life is in shambles a decade after the death of his parents. (Goethe-Institut, 2/13)