5 seats on Castro cultural district board up for election 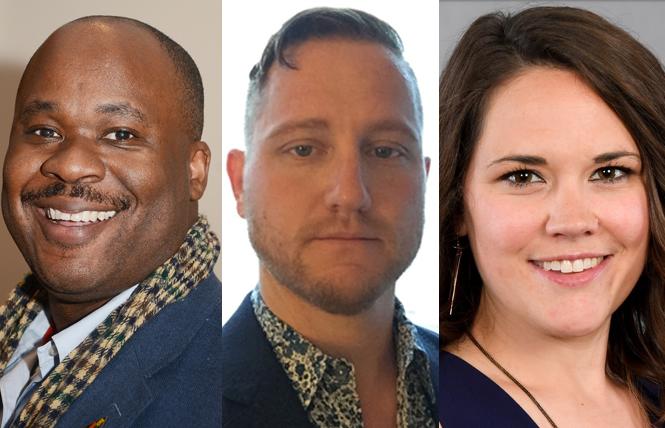 Twelve people are running for the first five seats on the inaugural advisory board of the Castro LGBTQ Cultural District.

The election takes place Saturday, December 14, according to a news release from the district. Anyone who shows up can vote.

Jesse Oliver Sanford, one of the candidates who is also current governance chair for the district, said the voting criteria were "intentional."

"The Castro is not just a neighborhood but a global symbol of the LGBTQ community, and we wanted to recognize and encourage all the various commitments different folks have to it, particularly in the face of the housing crisis," Sanford wrote in an email.

Subsequent elections will be held in the coming months for the remaining 10 seats on the advisory board, according to Sanford.

"If someone loses they will be able to run again," Sanford, a gay man who lives in the Castro, said in a phone interview with the Bay Area Reporter. "The reason we are doing three elections — it was [LGBT Community Center executive director] Rebecca [Rolfe's] idea — is that picking everyone in a single meeting can throw the direction of the organization."

Rolfe did not respond to a request for comment.

Sanford said that the second election is expected to be held in January or February, and that there will be a public notice of 30 days before it occurs.

Shaun Haines, a gay black man who is part of the cultural district's working group, which currently oversees the district's governance, is also running for the board. He said that one reason the elections are being staggered is to ensure that "we will have the diversity, equity, and inclusion required for us to do a good job."

Elizabeth Lanyon, a lesbian who has been involved with the cultural district for five months, said that she is running for the advisory board to make sure different communities are part of it.

"My main goal with running for the cultural district is to ensure diversity is represented, that lesbians have a voice in the process and a seat at the table," Lanyon wrote in an email to the B.A.R. "We live and work in the Castro, some of us own businesses and homes in the Castro.

"It's important for the leadership of the cultural district to be representative of the people who contribute to the vibrant neighborhood fabric of the Castro," she added. 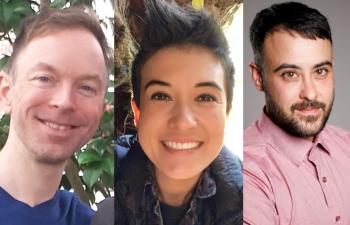 Third LGBTQ district in SF
The Castro cultural district is the third cultural district that seeks to define locations in San Francisco that have a special significance for the LGBTQ community. The first was the Compton's Transgender Cultural District — named after Compton's Cafeteria, a diner at Turk and Taylor streets that closed in 1972 where transgender people rebelled against police harassment in 1966 — three years before the Stonewall riots.

The second was the Leather and LGBTQ Cultural District, which was established in the South of Market neighborhood that's synonymous with leather, bondage, and SM culture and which includes storied bars such as the Eagle, the Stud, and Powerhouse.

The San Francisco Board of Supervisors gave final approval to the Castro cultural district in July.

Sanford said that by designating certain neighborhoods as cultural districts, the city is trying to help the diverse neighborhoods that San Francisco is known for retain their individual characters in the face of gentrification.

"It gives organizations more weight in planning and development they place within the area," Sanford said. "We'd expect to express our opinion about whether a particular development project adds to or takes away from LGBT culture in the district. If it was the whole city, our opinion would be diluted."

Haines said he has been involved in the cultural district "since day one," and that while the advisory board will replace the working group in the "leadership role," he doesn't expect that the working group will cease to exist.

Haines said that if elected, he hopes to help convene focus groups of those with a stake in the Castro for their needs on different subjects. There has already been one for youth, Haines said, but he wants more for "seniors, women, the trans community, and communities of color."

Haines said that "street-level elements," multimedia, informational kiosks, and creative art can be used to bring people from the cultural district's boundaries on mid-Market Street to "the core at Market and Castro." He hopes that creating these things will help create job opportunities. 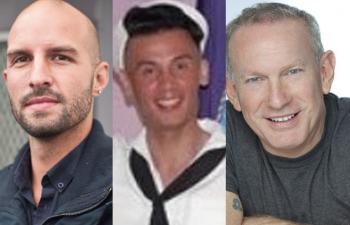 Lanyon, the associate director of philanthropy with the National Center for Lesbian Rights, said that she wants to do something to help keep the Castro business community vibrant.

"Right now my heart breaks every time we lose another business in the district, and I really hope we can do something to turn that around," she wrote. "I have been following other cultural districts for some time now as well, to see what is possible and what is expected of these projects."

Christopher Vasquez, a gay man who is the communications director for NCLR, is also a candidate. He said in his candidate statement that he has been fascinated with the neighborhood since he first visited for four days as a teenager. 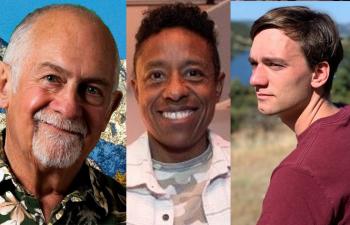 "As a queer Latino who spends a majority of his time in the neighborhood (including as a resident), I have seen the struggle the Castro has gone through over the past few years as it relates to affordability, attracting new businesses, maintaining a distinct LGBTQ culture, and providing a safe space for a fully-diverse community — including lesbians, queer people of color, and transgender individuals," Vasquez wrote in an email to the B.A.R.

"I think my many years of involvement with LGBTQ politics, nonprofit organizations, nightlife, and businesses would make me a great initial member of the cultural district board to start planning for the future of the neighborhood," he added.

Sanford said that the percentage of LGBT people living in San Francisco specifically, and the Castro in particular, has fallen in the last two decades due to gentrification. As much as 80% of the Castro may have been LGBT 20 years ago, compared to 50% more recently, according to what Sanford said was an interpretation of census data of how many unmarried adults live in the neighborhood.

He said that the cultural district should be about more than commemorating what once was — while renting a car in a foreign country, a woman who saw his identification noticed his Castro Street address.

"She gushed and said 'That's one of the hearts of the world,'" Sanford said.

The other candidates seeking a seat on the board are Shannon Amitin, a trans activist who is a co-founder of Jolene's Bar and Restaurant in the Mission; Michael (Tod) Edgerton, an English professor at San Jose State University; Robert Graves, a camping director for the Boy Scouts of America; Sam Gray, a community programs coordinator with the San Francisco LGBT Community Center; Waide Riddle, a Los Angeles-based writer; Anvar Shukurliyev, a student at City College of San Francisco; Alison Sparks, the executive director of the Masto Foundation; and Ron Williams, a photographer.

In his candidate statement, Riddle noted that he doesn't live in San Francisco.

"Though I am based in Los Angeles, I also call Castro my home," he wrote. "As I pointed out, I travel frequently there for business & inspiration."

In his statement, Williams noted that he currently lives in Southern California.

"I'm apart of the gay elders that lived in the Castro during the early days," Williams wrote. "Today I'm 75 living in Palm Springs with my husband, Howie."

The December 14 meeting will be held from noon to 3 p.m. at the San Francisco LGBT Community Center, 1800 Market Street, in Room 202. Voting will take place from 12:30 to 1:30. For more information and candidate statements, go to https://castrolgbtq.org/ and click on "Election."