Despereaux, a mouse against despair 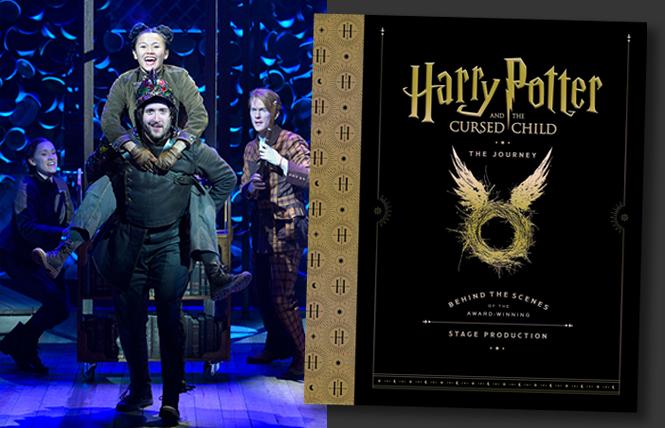 For a happily childless adult, Out There sure does see a lot of "family friendly" theatre and entertainment appropriate for children. "Hansel and Gretel," "Stomp," the two-part "Harry Potter" excitement, San Francisco Ballet's upcoming classic "Nutcracker" — there are delighted kids in all of those audiences, mostly better mannered and behaved than their adults.

The latest in these "for all ages" attractions we're attending was PigPen Theatre Co.'s "The Tale of Despereaux," which opened last week at Berkeley Repertory Theatre. This inventive theatre collective tells the story of the Newbery Medal-winning novel for children written by Kate DiCamillo using puppets, flashlights and all manner of primitive theatrics, and thereby makes it compelling.

It's the fable of the courageous if miniscule mouse Despereaux, shunned by his community for his love of stories, who eventually saves his forlorn kingdom. PigPen Theatre Co. tells the story through live onstage music-making, and the performance does appeal to adults and children alike. As PigPen put it in the Berkeley Rep program (yes, the company answered all interview questions collectively), "If a story doesn't connect with an adult, why would they want to share it with their child? And if a story doesn't connect with a child — well, where's the fun in that?"

If you tried to find us at our desk last Sunday, where we usually can be found, we were instead attending the full-day press-opening marathon of Parts I & II of "Harry Potter and the Cursed Child" at the Curran. Now, Out There is not a natural Potterhead; we've read none of the books, and seen none of the movies. So we needed a cram course, pronto.

We found it in "Harry Potter and the Cursed Child: The Journey — Behind the Scenes of the Award-Winning Stage Production," a hefty tome put out by Scholastic press that promises "a backstage pass to this magical production and the story of its path to the West End, Broadway and beyond." In its oversized pages we found chapters on how this sequel story was developed from the original series of tales by J.K. Rowling; notes on workshops, rehearsals, and designs; costumes, sets, music and props; and stories of the show moving into its first homes, the Palace Theatre in the West End of London, and the Lyric Theatre on Broadway, custom-redesigned for "Cursed Child." Our Potter appetite was thereby whetted. Look in our theatre pages next issue for the review.